2022 FIFA World Cup: Tales of the tournament that go beyond the scores

From sassy to contentious, the competition has been nothing less than entertaining 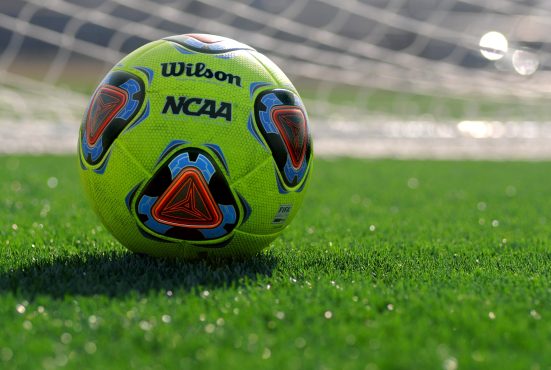 Photo by Ben Hershey via Unsplash.

With the World Cup wrapped up, it’s easy to talk about the winners and losers and all the amazing goals and results that came out of the tournament. But there is more to sports than just the scores. There are layers, stories, and actions that don’t make it onto the stat sheet, yet are so relevant to the experience of the World Cup. This year was no different, so here are the biggest stories from the 2022 World Cup.

There are always controversial moments of refereeing in sports. If you grew up playing sports, you know how easy it is to get calls wrong. In soccer especially, a lot of crying and whining happens on the field to try and convince the referee that they’re wrong, which never works. But this World Cup, there were more controversial moments than I have ever seen.

Multiple instances of match-fixing were alleged, as well as referees making poor decisions in favour of certain teams. This includes Argentinian players who seemingly avoided getting red cards and getting sent off. Lionel Messi was the most prominent player to drum up this debate when he touched the ball with his hand in what looked like an intentional manner and received no card.

Portuguese players complained that an Argentinian referee team should not have been allowed to officiate their game against Morocco. These objections stem from the Messi versus Ronaldo debate, alongside accusations that officials and FIFA executives were tailoring the tournament for Argentina to win the World Cup.

On top of all this is the continued controversy of VAR, which stands for video assistant referee. This technological tool is meant to help officials correct calls on the field, but ever since its initiation into soccer, it has been a source of contention. The tool is used most often to catch players in offside positions, but more often than not, the decisions made by the VAR team are seen as bad for the sport. Offsides that occur by an inch of a player’s arm are not advantages to the game, and yet they are called.

Almost all the teams had VAR checks in one of their games (USA and Australia being the outliers) and while FIFA releases the justifications for these checks, fans have not been happy with the officiating that has occurred in general this tournament.

For lack of a better term, the sassiness of this World Cup has been phenomenal. The calling out of teams and players, the taunting, and the mind games are kinds of engagement rarely seen this much in the tournament’s history. Canada’s coach, John Herdman, called out Croatia before their match to motivate the Canadian squad, stating to the media he told the team that “they belong here and we’re going to go and ‘F’ Croatia.”  This clearly backfired, as Canada was routed 4–1 and eliminated from the tournament.

The Argentinian team did not hold back on the Netherlands in post-game press interviews, lashing out at Dutch coach Louis Van Gaal for several of his comments. Argentina’s players also showed them up on the field.

Several Dutch players left the center circle during penalty kicks (which is illegal) to play mind games on the Argentina shooters; when Argentina won, they ran past the Netherlands team while celebrating, taunting them for their tactics.

Other instances of sassiness include U.S. media bringing up the “soccer” versus “football” debate and calling out England for using the term football. Likewise, Moroccan player Achraf Hakimi celebrated penguin style after scoring the winning penalty against Spain, which was a sassy jab at Spain for not bringing his current club teammate (and all-time great) Sergio Ramos to the World Cup.

There are always players who retire from international soccer at the conclusion of World Cup tournaments. This year, the players on that list are all insanely talented.

Argentinian Lionel Messi is 35 years old and widely considered the greatest soccer player in the world, alongside career rival Cristiano Ronaldo of Portugal, who is 37. Both players have played in over 1 000 games, scored over 750 goals, contributed over 200 assists, and claimed more than 30 trophies during their illustrious careers.

Both Messi and Ronaldo have former teammates who have probably worn their countries’ colours at the World Cup for the last time. Luis Suarez, a Uruguayan striker, also 35 years old,  alluded that this would be his final tournament, while Croatian midfielder Luka Modric, 37, has already expressed his possible move away from representing Croatia at the next tournament.

German goalkeeper Manuel Neuer also stated that this would likely be his last World Cup at 40 years of age. These five players have been considered among the best in the world over the past several years, with all of them being named to the 2016 FIFA FIFPRO World 11, which recognizes the top players by position internationally.

These stories are what makes sports an absorbing spectacle. And they are usually not shown in the stats and scores. This World Cup has been nothing short of fantastic for the excitement and passion that it has brought from both players and fans across the globe.