400 years of Shakespeare something to sing about

In celebration of 400 years of Shakespeare, the Pacific Opera Victoria (POV) opens this season with Otello, one of Giuseppe Verdi’s most successful and challenging operas.

“The role of Otello is performed by a handful of people around the world,” says Ian Rye, Director of Artistic Administration at POV. “The orchestral work on Otello is also a major undertaking by any orchestra. So it’s thrilling at this time to honour Shakespeare, and in doing so bring Verdi’s masterwork to the stage.”

Along with Artistic Director Timothy Vernon and Executive Director Patrick Corrigan, Rye’s role is to ensure the artists have what they need to facilitate a smooth production. This season’s opera selection “required tremendous forces,” Rye says. “However, the community and the company has grown to such a point that it’s time we bring this kind of work, the major Verdis to our stage.”

The Royal Theatre will raise its curtains for the Italian opera tonight, featuring artists such as the Lithuanian tenor Kristian Benedikt, the award-winning soprano Leslie Ann-Bradley, and one of America’s most-inspiring baritones, Todd Thomas, with character performances that promise to graciously lead the audience through the four-act opera.

“The young people in this community are big opera fans, and connect to the art form,” Rye says. With at least a thousand young people expected to fill the theatre seats, opera distinguishes itself by being one of western culture’s oldest yet still popular performance arts.  “Anybody who loves storytelling and music can come to the opera,” said Rye. The opera is where those arts unite, and together create a unique experience for the viewer. “It’s a meaningful pursuit for artists and audiences alike.”

However, it’s an appreciation that doesn’t come as easily as the others. “It may be an art form that takes a couple of tries before people connect to it,” Rye explains. “But when that happens, it’s pretty magical.” In his eyes, it’s only a matter of time, rather than preference.

Victoria’s art scene will continue to grow along with its opera productions. The POV will continue its season with The Barber of Seville by Gioachino Rossino in February, and conclude in April with Benjamin Britten’s A Midsummer Night’s Dream, honouring Shakespeare once more.  Because according to Rye, “if you’re not going to the opera then what are you doing?”

Check out our photos from the Otello dress rehearsal: 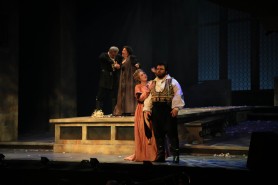 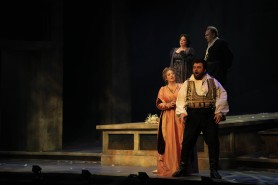 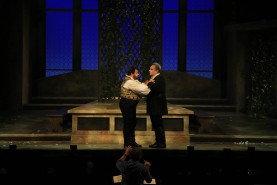 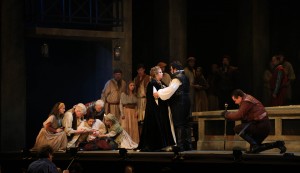 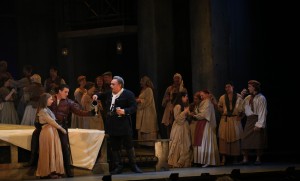