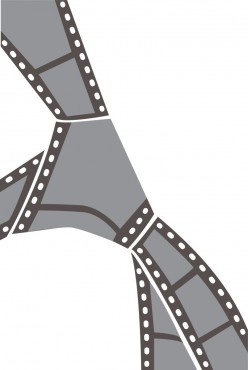 The books are full of graphic (if not masterfully written) sex scenes between the two lovers. Christian is damaged and controlling, and exercises emotionally distant sadomasochistic relationships with “subs” to deal with a tortured past. Anastasia is down to earth, independent, and brunette. Of course, since this is a fantasy, Ana is the one that has the power to break Christian’s ways and enter into a loving relationship with him. To author E.L. James’ credit, she has successfully created a fantasy that is 1 000 per cent fantasy and shameless about it, down to the excessive wealth and constant sex which turns into love.

I was curious to see if the movie delivered, and how the kinkier sex scenes would fit into an R rating. For the most part, it didn’t. The film itself is badly paced and somewhat awkward; the sex scenes are okay but not great; and there is no palpable chemistry between the leads, Dakota Johnson and Jamie Dornan. As a film, it really doesn’t work. Johnson is appealing as lead, but she isn’t (as you would expect) given much material to work with, and while Dornan is attractive, it is probably not possible for any man to live up to the fantasy that is Christian Grey.

The real problem, however, is in the craftsmanship of the film. It simply isn’t well done at all, which is unfortunate considering it’s a female-driven movie with a female director and screenwriter, something that is rare in Hollywood. The pacing is somewhat rushed in the beginning, and a line where Christian says, “You should stay away from me,” while staring deeply into Ana’s eyes seems premature given that they hardly know each other. The second half of the film started to drag, and by the end I was bored with it. Something doesn’t have to be Oscar-worthy to be entertaining, but 50 Shades doesn’t even hit the ‘so bad it’s good’ mark.

Still, I did go see it, and judging by the box office numbers, so did a lot of other women. I will probably see the second and third ones as well. Even if it’s smut, 50 Shades does hit some element that has attracted so many fans, and it would be refreshing if the film version of the smut could handle film basics such as pacing, editing, and character arcs. If there isn’t potential here for respectability, then there is at least potential for a highly entertaining—if ridiculous—two hours.

Watch 50 Shades of Grey at a cinema near year you and decide for yourself.