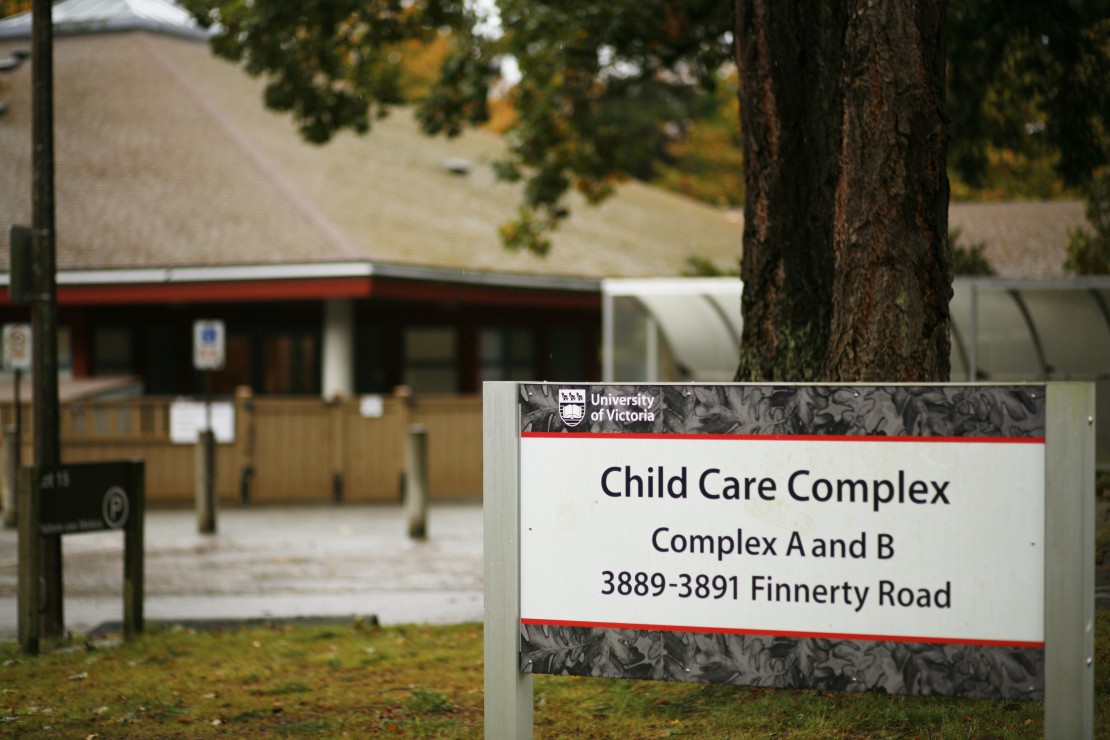 Controversy has grown after UVic announced the closure of the After School Care program as part of renovations to the Child Care Complex on June 28. Photo by Belle White, Photo Editor

In the months since UVic announced the eventual closure of its After School Care (ASC) program, students and faculty members have made it clear that they’re unhappy with what they consider to be a lack of proper consultation from the university during the decision-making process.

The closure of the three-hour ASC program, which would take effect June 30, 2017, was announced in a memo this June. The program would be closed in favour of adding more spaces for younger children who require full-day supervision, all part of a “major renewal” of Child Care Services (CCS) at UVic totalling $1.7 million. [You can read our original June 28 report here.]

But those opposed to the closure argue that UVic performed inadequate consultation with key members of the community before the decision to close the program was made.

Jonathan Faerber, a graduate student at UVic with children enrolled in the ASC program, has been seeking answers from the university for several weeks. He was one of two attendants at the President’s Campus Update on Oct. 5 who raised the question of child care, but said he is yet to be provided with answers.

“We didn’t really learn more at the campus update about why this change was made, or who was consulted, or any of the details about when the renovation will be complete, [or] any of the details that we were looking [to get answered],” said Faerber during an Oct. 11 broadcast at CFUV. “Which [is in line with] my personal experience trying to talk to people about child care on campus. This is an issue that the administration is not talking a lot about and they haven’t told us much about.”

Faerber is not the only one concerned by the silence from administration on this issue. In a June 28 post on its website, the UVic Faculty Association (FA) objected to the closure of the program when it was first announced, saying UVic’s decision was concerning and hadn’t “fully explored the potential impacts for parents who work on campus.” The FA is currently in discussions with UVic over the terms of the ASC program closure with talks expected to continue until at least January.

Jim Forbes, the director of Campus Services, directly oversees child care at UVic and says that the feedback has been both positive and negative, with communication between administration and UVic’s community happening on a daily basis.

“I’ve answered all email inquiries from all university community regarding the decision, and I continue to do so,” said Forbes. “The feedback . . . is that the program is important, and we do recognize that, and I think I need to communicate that . . . what we’re planning to do with the facility will have a great impact on the university child-care community.”

But with criticism being levelled at the university from students, the Faculty Association, and even various unions on campus, Forbes did not give a yes or no answer when asked if the university was just as firm in its decision to close the program as it had been in the summer.

“Again, we are engaged with discussions with the Faculty Association to determine what the future looks like,” he said. “There are many ways that we can support the after-school care community, and I think we’re moving through a process of consultation right now with the Faculty Association and trying to determine what the next steps are for the future of after-school care.”

Kevin Tupper, UVSS director of finance and operations, believes that no matter how the closing of the ASC program is resolved, the underlying issue of child care for students at UVic needs to be fully examined.

“I’m hoping that the university comes into that consultation with an open mind and is willing to really consider what the Faculty Association brings forward,” he said.

Faerber believes proper consultation is a must for UVic if they truly care about  what is best for students, faculty members, and CCS in general.

“The university needs to listen and consult with the public.”