Artificial intelligence: A crutch or catalyst in the renaissance of creativity? 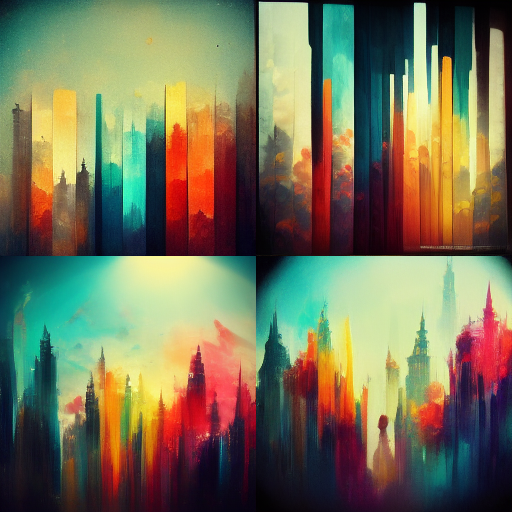 According to data collected by Adobe in 2012, 75 per cent of people think they’re not living up to their creative potential. This feeling can arise for any number of reasons — misdirection,  fear of failure, the misguided quest for productivity — but how can we fix it?

Since 2021, investments in artificial intelligence (AI) development have accelerated at an alarming rate, with the global AI market expected to grow at a compound annual growth rate of 38.1 per cent in the next eight years. Most fields of study in AI research focus on improving user experience from the backend, supporting online advertising and cyber security, among other things. However, a few research labs have delved into image generation instead, letting AI users explore and fuel their own creative endeavors.

Recently, Meta, Facebook’s parent company, released a blog post commenting on AI’s role in promoting creativity. According to Meta, “creative expression is central to human connection” — which we already know. The post goes on to describe the myriad ways in which AI can transform that creativity to fuel connections, whether that be generating expressive avatars, animating children’s books, or creating virtual worlds.

Among tech developers, there is a wide belief that the relationship between AI and the pursuit of creativity is not misplaced. David Holz, the founder of MidJourney, an independent text-to-image generator system, says that early users “feel broadly empowered and optimistic about using the technology as part of their workflow.”

Meta, MidJourney, and other labs in this sector seem to believe that their AI is the sole solution to creative drought. However, the main barrier to modern human creativity isn’t due to our inability to create amazing, inventive things: it’s due to inaccessibility.

According to Sir Ken Robinson, Ph.D., an international leader in art, education, and creativity, “everyone has great capacities [to create] but not everyone develops them.” If creativity is learned, then the main factor stifling creative potential is education, or lack thereof. By fostering an environment that favors conformity, productivity, and standardization, western education and post-secondary institutions promote the myth that creativity is rare, spontaneous, or some sort of divine gift.

Returning to Meta’s blog post, we explore a world in which AI text-to-image generators are the norm — a world where  it is possible to create “beautiful impressionist paintings in compositions you envision without ever picking up a paintbrush.” Children can explore the extent of their imagination, while artists, creators, and writers bring their own fantastical ideas to life — all through the power of AI.

However ideal it seems, this image is far from reality. In our world today, rigid socioeconomic and education systems exist to stifle self-expression, curiosity, and innovation. While AI can foster creativity, it would have to be free and highly accessible to fulfill all its grandiose promises. Until then, people who have the time and money can leave their creative ambitions in the hands of a bot — while the rest of us are simply told to work harder.

But don’t let me dissuade you from taking advantage of AI image generators. Please, go on down to MidJourney or Craiyon.com and try them for yourself. You may only have 25 images for free and they may completely miss the mark but hey, maybe you’ll discover your full creative potential — without even lifting a paintbrush.