At 32, Fringe festival as exciting as ever 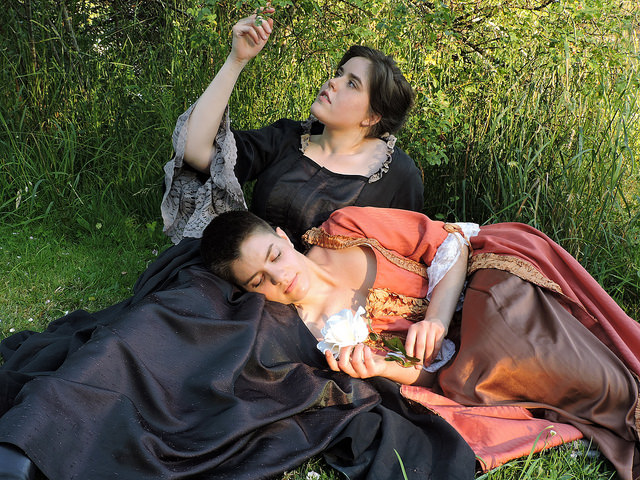 A photo from “Fool’s Paradise,” one of many UVic-heavy plays at this year’s Fringe Festival. Provided photo by Josiah George

The Fringe Festival may be in its early 30s, but it’s not showing any signs of a mid-life crisis.

The festival, now 32 years old, runs from Aug. 22 to Sept. 2, spanning across Victoria with a plethora of theatrical genres in a cultural explosion of comedy, drama, and social justice. Forty-seven shows will spend 12 days in 12 different venues (seven in theatres, five off-site and outdoors), and the program is available online.

As is often the case, the festival is an international affair. Artists from England, the USA, Australia, France, and elsewhere travel to Vancouver Island to participate, bringing shows as varied as their places of origin. But the Fringe Festival still features a large number of local shows, from Vancouver, Victoria, and even the UVic campus.

Fool’s Paradise, Ernie and Bethy, and The Fitting Room feature UVic students both on and off the stage, and other shows — like The War of 1812 — rely on the presence of alumni. (And that doesn’t include the number of UVic students volunteering with the festival.)

Pricing for the festival remains the same as it has been in years past. All theatregoers must buy a Fringe button ($6), which lasts for the duration of the festival. To see any one particular show, tickets are available in advance or at the door, though no shows cost more than $11, and all proceeds go directly to the artists. Festival passes are available, too.

The festival kicks off with a free preview event in Centennial Square at 3 p.m. on Wednesday, Aug. 22. From then on out, it’s a whirlwind of theatre.

“More than 70 years after the first Fringe Festival in Edinburgh, the guiding principle is the same: unjuried, uncensored, untamed alternative theatre takes centre stage,” reads a press release from the festival.

“The Fringe gives artists the platform to take risks, to focus on progressive art forms and the freedom to experiment, while giving audiences access to indie theatre artists from around the world.”