By 2017, most of us have preconceived notions regarding British Columbian documentaries. With a landscape as beautiful as ours, anyone with an aerial camera (and that’s most B.C. documentarians) can create beautiful shots.

Koneline: Our Land Beautiful is a 90-minute activist film that focuses on the human aspects of our surroundings to challenge those expectations. The film showcases the diversity that director Nettie Wild finds up north and the many perspectives of those directly affected by new developmental projects, all while retaining one of the most distinguishing features of nature documentaries by taking advantage of the landscape. 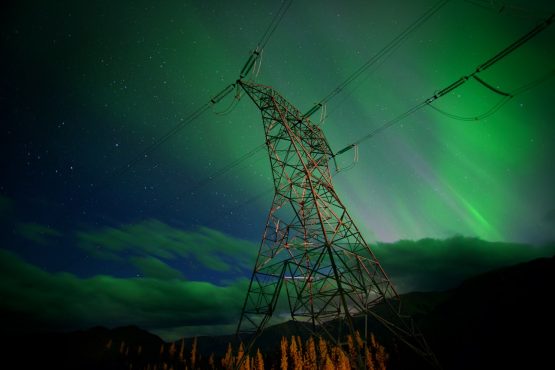 Koneline features stunning but unusual visuals of B.C.’s landscape, captured by award-winning cinematographer Van Royko. They are not used to influence the viewer’s opinion regarding the issues at hand, but instead remind us of the connections individuals have to these surroundings.

The title, Koneline (pronounced Koh-nah-lee-nah), stems from the native language of the Tahltan people, a local Indigenous group situated near some newly installed hydro lines in B.C.’s Northwest region. The lines are built on a site that will soon be used for copper and gold mining. The future of the land is up in the air, and Koneline explores that conflict.

Wild’s success presenting these issues stems from her holistic approach to the subject matter. This is not a film that simply adheres to the centuries-old stories of First Nations people versus the colonial government.

We are introduced to a young Tahltan worker, who needs the income that the job at the mines provides just as much as the crews working on the transmission lines. Equal attention is given to the Elders, who view the same mines as the death of their homeland and culture. Likewise, we are exposed to the perspective of non-Native trophy hunters who are against the mines as they jeopardize the land they are equally connected to.

Wild also tackles an issue that has come up in the world of Canadian film and in our daily lives as people in southern B.C. The North is often seen with such alterity, leading to either stereotypes or indifference towards those who inhabit these remote places. Koneline addresses the political and economic debates of the mine first and foremost, but also connects us to Northerners by objectively presenting their very complex lives and landscape. Conversations are filmed intimately by Royko, frequently employing handheld cameras in these scenes as though the audience is apart of their  discussions.

This is contrasted by flawless, yet unconventional, scenic imagery that solidifies Koneline’s warrant of the big screens and awards such as  the Best Canadian Documentary at the Hot Docs film festival in Toronto. 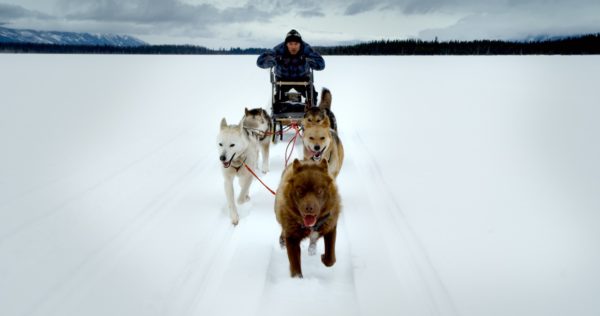 A still from Koneline. Photo provided

Since its release last year, Koneline has also captured the attention of the environmental group Rivers Without Borders Canada, an advocacy organization concerned with conservation of  the borders of Northern Canada and Alaska. Their current campaign is focused on three transboundary watersheds: the Unuk, Stikine, and Taku. As these areas coincide directly with the regions depicted in the documentary, it is now being used to bring awareness to broader conservation matters, particularly the dangers of ongoing and future mining and industrial developments.

The Martlet sat down with director Nettie Wild to ask a few questions.

The Martlet: How did you start your research into the lives of those in the film?

Nettie Wild: I had the real honour and privilege of exploring the Northwest for the last 20 years, some of it on foot, a lot of it on horseback. I’ve come to know the Northwest and love it: both the landscape and the people. Those people up there have taught me so much about this country and the land. When I started hearing about the changes up there, I had to ask myself, “What could I bring as a southerner, as an outsider?”

By bringing a curious lens instead of a judgmental one, we found people who were living such a complex existence. It meant flagging any southerner assumptions and asking people, “How do you relate to the land?” and “Where’s your poetry?” knowing that good poetry can sometimes be gnarly.

You’ve been highly praised for the visuals in Koneline. Can you tell me a bit about the cinematographic choices?

First of all, our cinematographer is Van Royko — he won the top award in the country for  cinematography from the [Canadian Society of Cinematographers]. My instructions to him were that we were going to go for the abstract. For instance, when framing [the scene with] the flying into transmission lines, Van took equipment you would find on a shooting stage for a drama . . . We brought those production values to that huge landscape to do it justice.

How does your film differ from others in this genre?

As storytellers, I think we try and tidy things up, and life is gloriously messy. My audiences really like that this is a messy film. They’ve been telling me over and over again “Thank you for not telling me what to think” . . . People are tired of overly simplified tweaks that reduce our world to something that is impossible. Our audiences are trusting our stories because they’re not being tied up with a simple ribbon.

I knew I would be doing a huge disservice to the North if i made something that was dogmatic or rhetorical. Koneline is a movie for people who work in steel-toed boots as much as it’s for environmentalists. We have to include the people who work in those industries in our debate, or we’re hooped.

What is the strongest message you want people to take away from Koneline?

I want them to really be surprised  — to experience their own stereotypes crashing to the ground. What I’m hoping is that people bring somebody to the movie who they do not share the same political views with what we should do about this planet, and my hope is that both those people will be surprised by what they see. I’m hoping people see the hearts that beat on the many different sides of this issue. I’m also hoping that people see complexity where they thought they had an easy solution. I think that when people are scratching their heads because they’ve seen complexity and humanity, that’s an excellent place to start.

Koneline will be presented at the Vic Theatre on Saturday, Oct. 14 at 7 p.m. Tickets available at eventbrite.ca.