The results highlight the state of sexualized violence at UVic 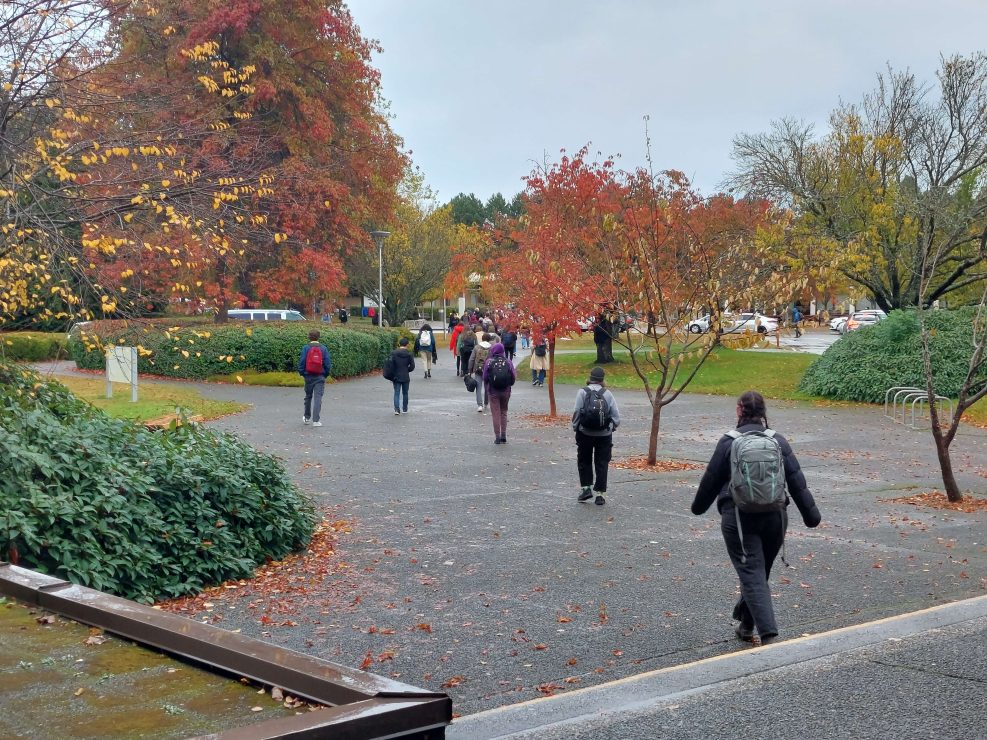 Two new reports on sexualized violence at UVic were released in October, one from the UVic Equity and Human Rights Office (EQHR) and the other from a survey conducted by the B.C. provincial government. Their findings highlight the state of sexual violence on UVic’s campus and students’ perception on how well the university’s policy works to address it.

UVic’s definition of sexualized violence is “any non-consensual, unwanted actual, attempted or threatened act or behaviour, that is carried out through sexual means or by targeting a person’s sex, sexual or gender identity, or gender expression. The act or behaviour may or may not involve physical contact.” The Sexualized Violence Prevention and Response Policy (SVPRP) is under EQHR’s purview and guides both their jurisdiction and the actions the university can take.

The UVic EQHR office released their annual report on sexualized violence involving UVic community members in early October. The findings show the number of disclosures and formal reports made in the 2021–22 calendar year.

This year, the number of disclosures rose from 25 in 2020–21 to 61. Disclosures are the sharing of a sexualized violence experience, and can be done with the EQHR office, Campus Security, Residence Services, and Office of Student Life. The majority of survivors (those having experienced sexualized violence) and alleged respondents (those named as allegedly violating the policy) were students. Of the alleged respondents, 18 were viewed as those outside the UVic community.

There were also five formal reports filed, three of which were deemed to have violated the university’s policy. Two had been disclosures filed in previous years, thus falling out of the scope of this year’s report.

EQHR stated that the majority of the incidents were non-physical, such as sexualized looks, comments, messages, or come-ons. However, there was also a “significant” number of physically harmful and/or violent sexual assaults.

UVic also opted to purchase the UVic-specific data that came from the B.C. government’s Sexualized Violence on Post-Secondary Campuses in BC survey. Administered by the BC Ministry of Advanced Education and Skills Training and BC campus, the survey collected the responses of nearly 10 000 post-secondary students across the province.

Almost 1 000 students responded from UVic, which is roughly 4 per cent of the student body. EQHR summarized the UVic data into three key findings and released that report on their website. Those findings focussed on students’ trust in the university to handle sexualized violence reporting, campus culture, and education, training, and awareness.

In terms of reporting, students generally trusted UVic “to maintain the privacy of all parties involved, take the issue of sexualized violence seriously, and provide appropriate support and resources.” This is a major emphasis of the SVPRP, as UVic states that it believes it’s important to help bring more people forward safely.

However, students found that the institution did a poor job with safe practice and discipline, with students writing in the survey that they believed disciplinary actions were “‘ineffective,’ ‘unsatisfactory’ and ‘contributing to an unsafe campus culture.’”

The SVPRP has a formal voluntary resolution program, which may be the cause of such feelings. It highlights the need for both parties to agree to seek resolution, which is normally in the form of education and awareness. The EQHR report notes that only 25 percent of survivors chose this option in the last year and that “in some instances, these processes were successful and led to some form of education and awareness for the person who caused harm, or an agreement that would support the survivor in feeling psychologically safer.”  With only a quarter of survivors requesting this form of resolution, it is evident that “some success” is not large enough to garner full student support for this way of discipline.

The second key finding from the survey was related to campus culture. While two–thirds of the survey respondents agreed or strongly agreed with feeling safe on campus, there were differences in what part of the population group felt safe.

92 per cent of cisgendered men responded as agreeing or strongly agreeing with feeling safe on campus, whereas only 58 per cent of other students felt the same way.

Well over half of all students that took part in the survey also felt that sexualized violence was common on campus, with just over a third of students believing it was common in online environments. The findings report notes that UVic needs to have a better way to assess the prevalence of sexualized violence on campus, as well as make the EQHR annual report more accessible for the UVic community.

The third key finding was that UVic students were extremely satisfied with the education, training, and awareness of sexualized violence. The report seems to show this as a success, and many students agree, with the consent campaigns and training offered at UVic.

The survey report does note the university’s need to make the distinction between filing a disclosure and filing a formal report, as only 183 of 948 students who responded believed that it had been made clear.

Between the EQHR annual report and the B.C. government survey findings, there is much left to be worked on to prevent sexualized violence and provide justice for students who experience it. UVic is below the provincial average in all survey questions asked except two: “my school does a good job of clearly communicating about resources and supports available for people impacted by sexual violence” and “I know where to go on campus to get information and support related to sexual violence.”

UVic has stated that it plans to develop better methods in education, reporting, and overall safety on campus from sexualized violence. This includes a dashboard for sexualized violence statistics, online packages for education and training, and strengthening processes for alternative forms of justice.