When you think of the golden era of hip hop, 2015 may not immediately come to mind. Think back to 1994 when Nas, Wu-Tang, and Biggie dominated the New York hip hop scene. If up-and-comer Joey Bada$$ had been born 15 years earlier, he’d be right there with them. With his debut major label album B4.DA.$$ (pronounced “before da money”), Bada$$ resurrects that quintessential Brooklyn hip hop sound and delivers his contemporary contribution to the golden era. 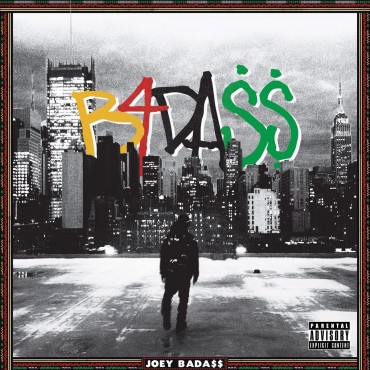 Bada$$ gained well-deserved recognition following his 2012 mixtape 1999 and 2013’s Summer Knights. Both albums were appreciated for their throwback style and sound, and Bada$$ was praised for clever lyricism and unique delivery. B4.DA.$$ follows this trend in a manner that is both nostalgic and refreshing.

In many cases, as the title suggests, B4.DA.$$ inspects hip hop as it was, before becoming the supreme commodity it is today. As Rae Sremmurd and O.T. Genasis dominate the airwaves with material that desperately sacrifices substance for catchy music, Bada$$ sees this through his own lens of simultaneous observation and introspection. On the track “Paper Trail$”, Bada$$ kicks off the hook “Before the money, there was love / But before the money, it was tough / Then came the money through a plug / It’s a shame this ain’t enough,” showing how money has not just changed his own experience, but the genre as well.

The middle of the album houses many of the singles that dropped prior to the album’s release, such as “No. 99”. This track is a banging anthem for Bada$$ and his crew Pro Era’s “Christ Conscious”, a one-verse track that solidifies Bada$$ as one of the genre’s best lyricists today. Following is easily one of the album’s best tracks, “Like Me”, which features a textured instrumental and the crooning back-up vocals of BJ the Chicago Kid. Both elements combine to create a beautiful template for Bada$$ to explore social, political, and personal issues. With “On & On”, another highlight of the album, Bada$$ addresses how he wants to be remembered once he has passed on. Perhaps inspired by the untimely passing of his close friend and fellow rapper Capital STEEZ, “On & On” is not only one of B4.DA.$$’s best, but also one of Bada$$’s most compelling releases to date.

I come from Brooklyn New York, you know I was born and raised. But my parents from the Caribbean Islands… you know, my ma’s by way of St. Lucia and my pops from Jamaica, so you know I play pretty close to my roots.

B4.DA.$$ is more than just one big #TBT. It’s clear that Joey Bada$$ is a child of his influences—raised by the sounds of Brooklyn hip hop and deeply rooted in artistry that existed “before the money”. In an age where listeners are so desperate for the hot new act and constantly on the search for artists who are “changing the game”, Bada$$ serves a refreshing revisit to that golden era of hip hop, and B4.DA.$$ is the album to take us there.