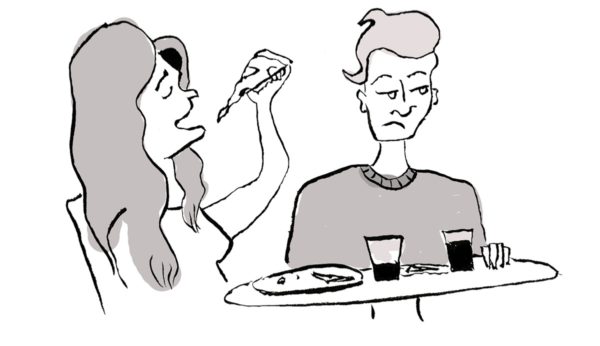 My first dinner date with a fellow OKCupid member began fine, as we bonded over our shared love of pizza. Then, just as we finished ordering our deliciously thin, Italian-style pie, I tried to deepen the conversation by asking him why he worked as an architect and lived in Victoria. In response, I was given a shrug and a flat “I don’t know.” I began to realize that I had made a mistake in dragging out this boring date into more than a half-hour coffee. My second mistake was going on an extremely empty stomach and ordering an entire pizza for myself. I realized this mistake when my date reminded me, “You don’t have to eat the entire pizza here, you know.” I replied: “I know,” and continued to eat, but I could tell my date was not impressed by my ability to pack away delicious bread, sauce, and cheese. It was clear he did not like pizza as much as I did. We split the cheque. He offered to give me a ride home, and proceeded to lecture me ‘father-style’ on the journey home, telling me not to worry, because “I would find the right person eventually,” and I would “get there one day.” I arrived home feeling full and embarrassed. 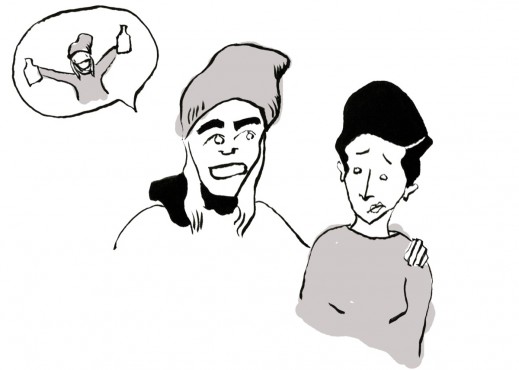 I once had a date that involved meeting with a guy who only told me three things about himself: First, he worked at the docks; second, he projectile vomited last weekend at his friend’s apartment; and finally, he once took part in an event called Edward Fortyhands, in which a 40-ounce bottle of alcohol was duct-taped to both of his hands and was not taken off until he finished both bottles. Needless to say, there was not a second date. 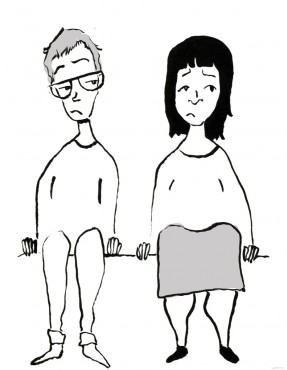 In my novice years of date planning, I asked a girl out for dinner and a movie.Not having a car, I opted for a movie theatre close to campus and an affordable place for dinner before the show. Good qualifications, I thought. After looking into it, I settled for the Boston Pizza by University Heights theatre—mistake number one. I gave us two hours for dinner at BP’s before the movie started—mistake number two. When, inevitably, we were finished dinner well before the movie started, I decided to walk to the Starbucks—mistake number three. Neither of us actually drank coffee and we were full from a disappointing meal at BP’s, so we sat there. In silence. For almost an hour. Then we watched the latest American Pie movie. I’ve never planned a date so poorly in my life.