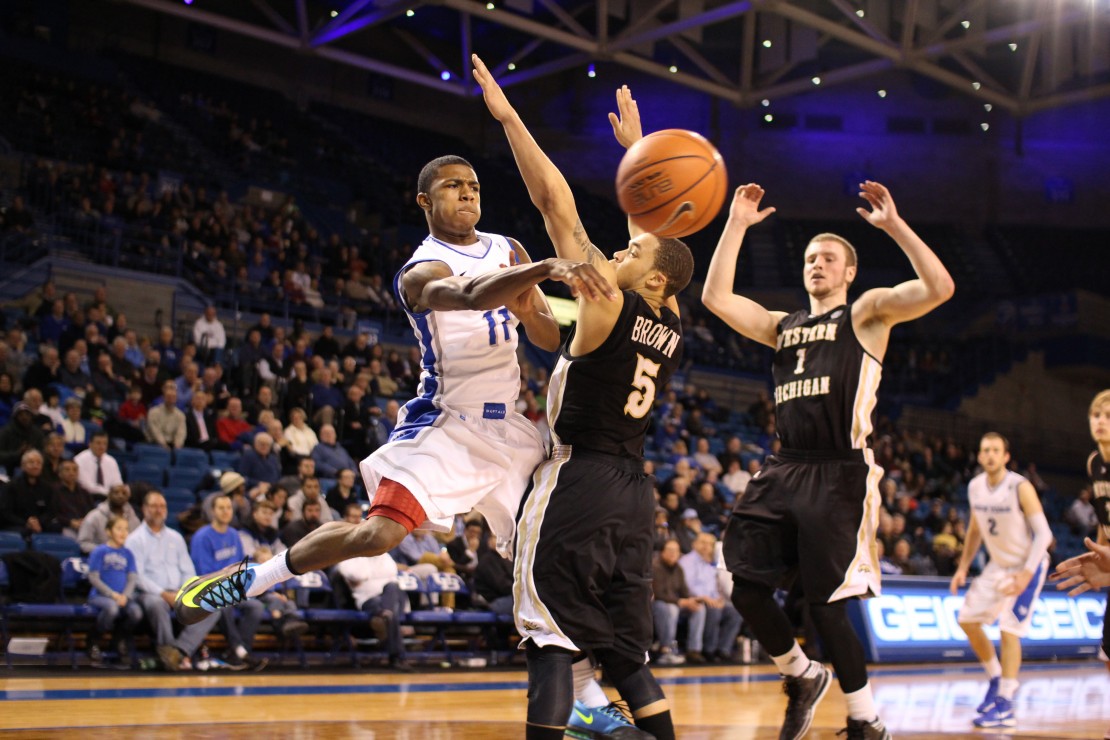 The days grow appreciably longer, courses enter their final flurry, and the Madness sets in: March Madness. I’m talking about the NCAA Division I Basketball Championship, the greatest single elimination tournament in sports. Survive and advance; lose and go home. Every year I make a habit of filling out an online bracket with my predictions for every round and stacking myself against the best sports prognosticators.

ESPN’s Bracket Predictor regularly has millions of entries and based on my decade of experience, I am here to offer my advice on reaching the upper echelon of those millions. I can’t tell you about the teams or how Duke matches up with Arizona but I can tell you how to reach the vaunted 99th percentile.

The format is simple enough; there are four brackets of teams seeded one through 16. They play until each bracket has a champion who then faces off in the Final Four before a single game decides the champion. Get a bracket. Study it. Gaze at the beautiful pattern of seeding.

Start by putting every first seed into the round of 32. No sixteenth seed has won a game in 120 chances; don’t buck the trend. While you’re at it, put all the number two seeds through, too.

On very rare occasions, fifteenth seeds win some games—in fact, one even made the Sweet Sixteen in 2013 (a thirteenth seed joined them that year). Go with the odds now; there’s time to be a hero in later rounds. Find Duke, Kansas, Kentucky, Louisville and Villanova—put them through too. Don’t ask why. Just trust it.

Pick out the ninth and tenth seeds. These games are toughest to predict, so I like to be zesty and pick the lower seeds to win in at least six of the eight games. Let the seeding do some of your work.

Throw some chalk — bracketology slang for choosing the higher seed to advance — onto your bracket. Pick a few upsets at random; there’s not a wrong way to do this.

I’ve heard arguments in favour of basing these picks on alphabetical order that seem to work for some. I’ve seen people do well basing picks on which mascot would win in a fight: Gators eat Great Danes therefore Florida wins.

Slowly work your way down to the Final Four. While the seeding might say you should have four number one seeds left, this has only happened once, and having two #1 seeds in the championship game has only happened six times.

If you are feeling particularly bold, you can pick a Cinderella team, one that rises from the lowly seeds to reach the Final Four — a #11 seed has done so three times before. These teams are called bracket busters, but only by the people who don’t pick them. Be random, choose wildly, and be unrepentantly daring in your picks.

Remember: nobody gets every game right — the statistics are staggeringly against it. When you have finished filling out your bracket, step back and marvel at it. Now, when the games start, you will have a mildly vested interest in each and every one.

Fling yourself into the madness of the first weekend, when 48 games are played in four days, and keep an eye on your bracket. Nothing is as bitter as losing on a half-court buzzer beater, but nothing is as sweet as correctly picking an upset.