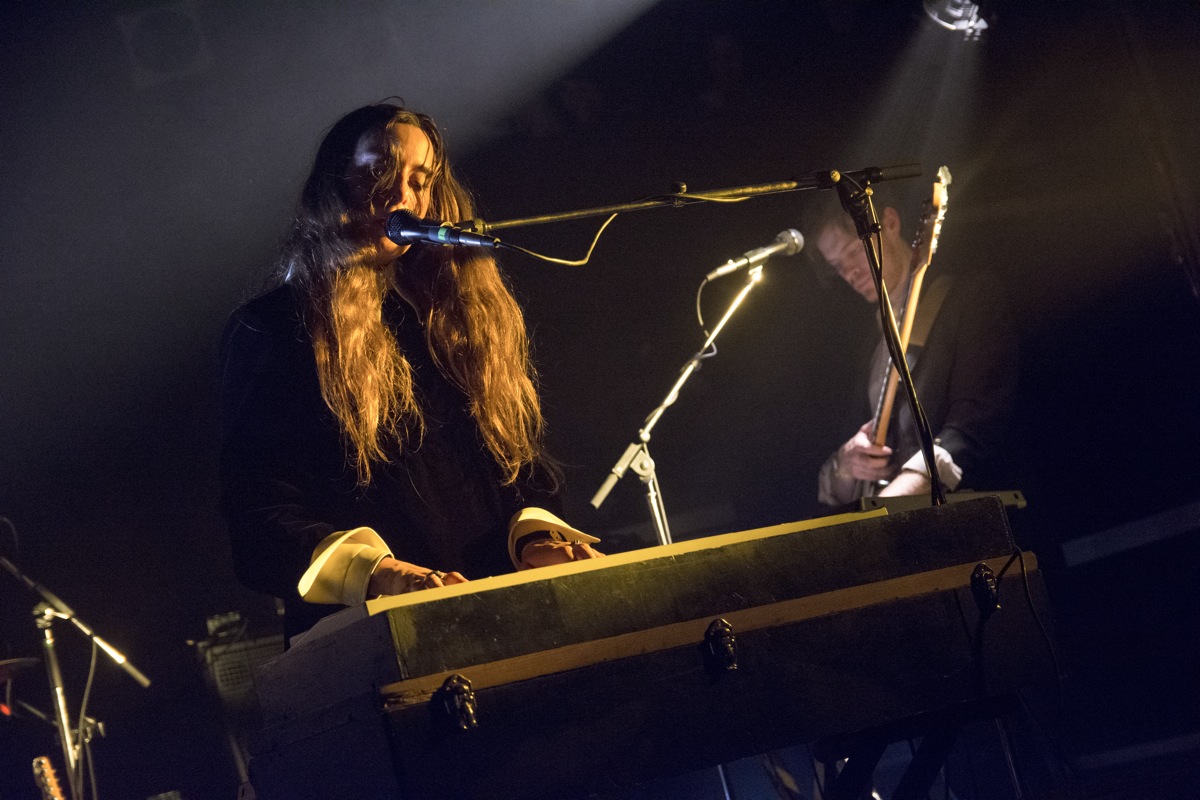 Beach House was probably my first taste of “indie” music back in the mid-00’s. I can remember stealing their self-titled debut off of my sister’s CD shelf and being confounded at the ethereal nature of it. The duo, comprised of singer/keyboardist Victoria Legrand and guitarist/vocalist Alex Scalley, produce a sound which is often characterized by its drum machines and vintage keyboards to be dreamy and hymnal, like hosting a confetti party inside a community church.

Skyler Skjelset of Fleet Foxes opened the show with an extended version of “Caul”, which demanded the room’s attention with its whirlwind of sonic textures. It was an audacious opener, although at 15 minutes, it left many audience members bemused as they were sipping their first couple drinks. Unfortunately, the following act by singer/songwriter Steve Strohmeier did little to recapture the attention of the club. With no visuals or chemistry to work with onstage beside himself, each of his slow strums and echoing calls did little to convince the crowd.

It was half-past nine when Legrand and Scalley came on to the stage. Joining them, both Skjelset and Strohmeier stayed as the backing band, as well as a guest drumming by Chris Bear of Grizzly Bear. Legrand took to her keyboard looking an awful lot like Wednesday of The Addams Family in a black and white outfit with a Peter Pan collar. Her motherly, sometimes hushed vocals opened the tracks “Wedding Bell” and “Gila” from 2008’s Devotion.

Once the main act was underway, and crowd favourites like “Wild”, “The Hours”, “Norway”, and “Zebra” were played, the concert began to look more like a religious ceremony. Each member was coated in a wonderful setup of warm, almost golden stage lighting. Throngs of people filled every space with a glimpse to the stage, even covering most of the balcony stairs like they were high school bleachers. During a break, Legrand referred to the scene “like a beautiful hill”.

The room’s atmosphere seemed something mystical. No audience members danced in any aggressive fashion, opting to let their bodies bob and sway to the music. It was the sort of show that brings intimacy between strangers.

Besides what the performers could accomplish on their own, Sugar’s setup lent a hand as well. The lighting accented both the performers and the songs themselves, with a warm yellow glow that just lifted Legrand’s face from the deep shadows. Sound quality could have been better, but this was if you were listening specifically for the bass notes. The same applied for Legrand’s vocals, which were distorted only marginally, but given the prominence of her voice in Beach House’s songs, it seemed a shame.

The crowd gave a unanimous encore for the group, stomping their feet on the floorboards, and the group obliged. And what a sweet end to have lollipops waiting for those at the front doors.