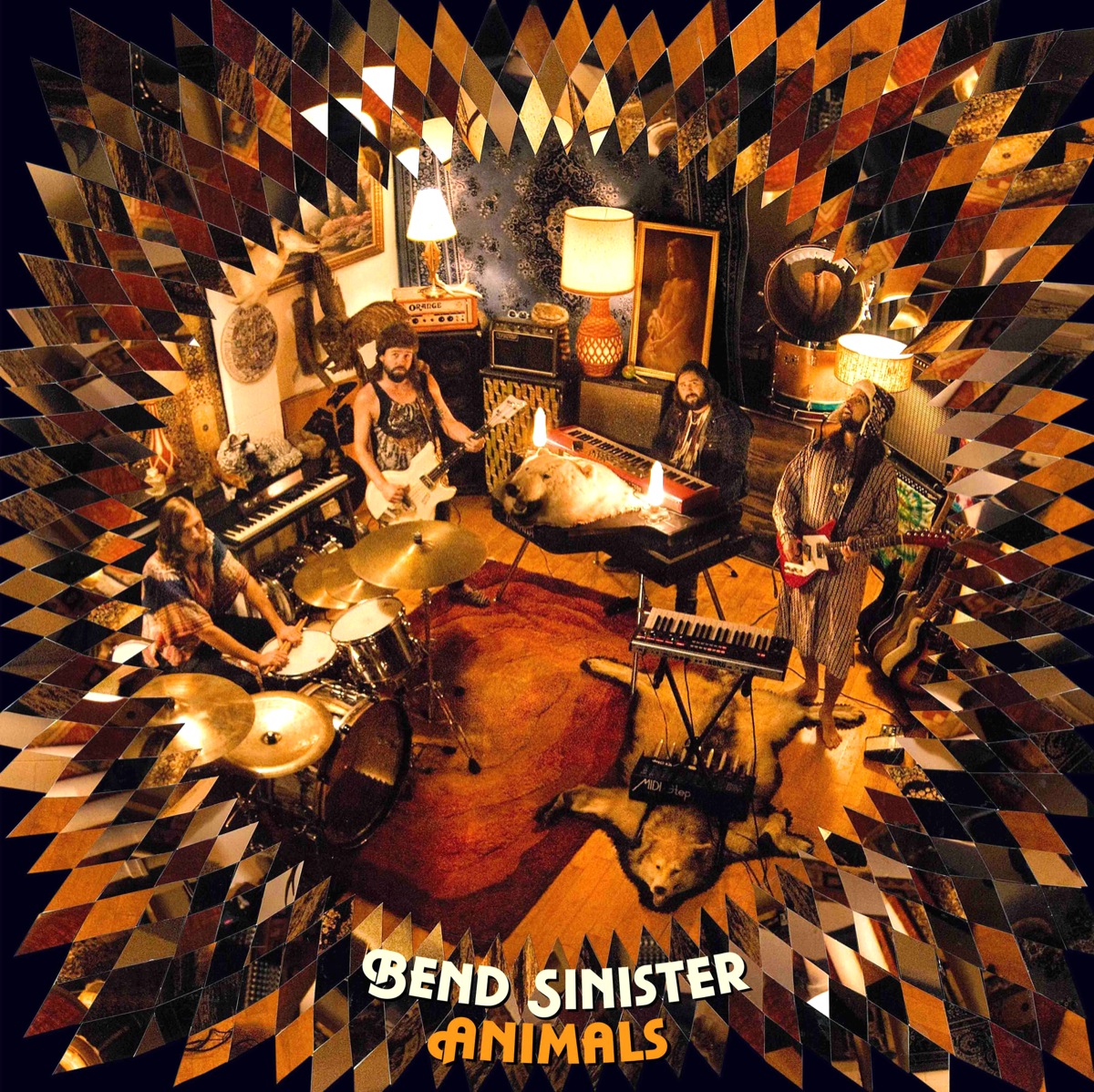 Bend Sinister is crazy. Crazy skilled, crazy ambitious. The Vancouver-based group has created a rock opera at a time when nobody does that anymore. Their latest effort, Animals, is larger-than-life in every sense of the phrase. Think Who’s Next or American Idiot. Any band that has the balls to even attempt stuff like this deserves a boatload of praise. And when a band pulls it off, it’s remarkable.

The four-piece group shamelessly wears their influences on their sleeve on their latest album. The eight-and-a-half minute opener, “Best of You,” is a colossal work reminiscent of Meat Loaf’s opening track, “Bat out of Hell.” The track begins with a fast piano loop, soon complemented by synth swooshes. The illustrious cymbal crashes and Brian May-like guitar plucks amplify the in-your-face chord changes. Soon though, the ornate instrumentation stops and a single piano chord is repeated. Vocalist Dan Moxon’s flamboyant articulation, as well as the harmonies provided by the rest of the band, are direct Queen imitations. The blatant similarity is successful, however, because the band goes at it all-out. The song is as bold a statement as you can make off the bat, complete with half-tempo breakdowns and slow-arcing guitar solos. It’s a sprawling rollercoaster ride that takes a couple of listens to sink in.

“Thunder and Lightning” sounds exactly like the title suggests: slow chord progressions augmented with over-the-top musical arrangements. As it picks up, rolling tom triplets provide a groundwork for Moxon to sing his most crazed Robert Plant impression yet: “Head spinnin’ round as you fall to the floor / You’re feelin’ messed up, you can’t take much more.” It functions as an effective segue into the next portion of the album, which, as a whole, lends itself to a heavier sound. Bend Sinister’s transition into grimy rock, rather than piano, for example, creates a sound more reminiscent of Deep Purple than Queen. “Seventeen” could easily be mistaken for a track by Wolfmother, a band known for imitating hard-rock pioneers such as the aforementioned Deep Purple and Led Zeppelin.

The final third of the album is, sadly, inferior to the first two segments. “You Remind Me” plays like the soundtrack of a forgotten ‘80s movie, and for the first time on the album, the lyrics are noticeably ho-hum: “It’s hard to find the words that I’d like to say / But I know that once I start, it’ll be okay / I’ve just got to find the right introduction.”

The closing track, “It Will Never End,” gives the impression that we haven’t seen the last of Bend Sinister. When the album sounds like it’s over, it breaks into a heroic synth and electric guitar-driven finale that simultaneously signifies not only a conclusion, but also the introduction to something worth getting excited about.

Animals is an intricate, bombastic collection that derives its sound from a plethora of musical icons. The band has the skill to match their influences, which is an asset that is becoming harder to find in music today. What Bend Sinister lacks in originality it makes up for with skill, self-assurance and gusto. The scope of this album is huge, and the fact that it sounds more or less like one unified work is strikingly impressive.