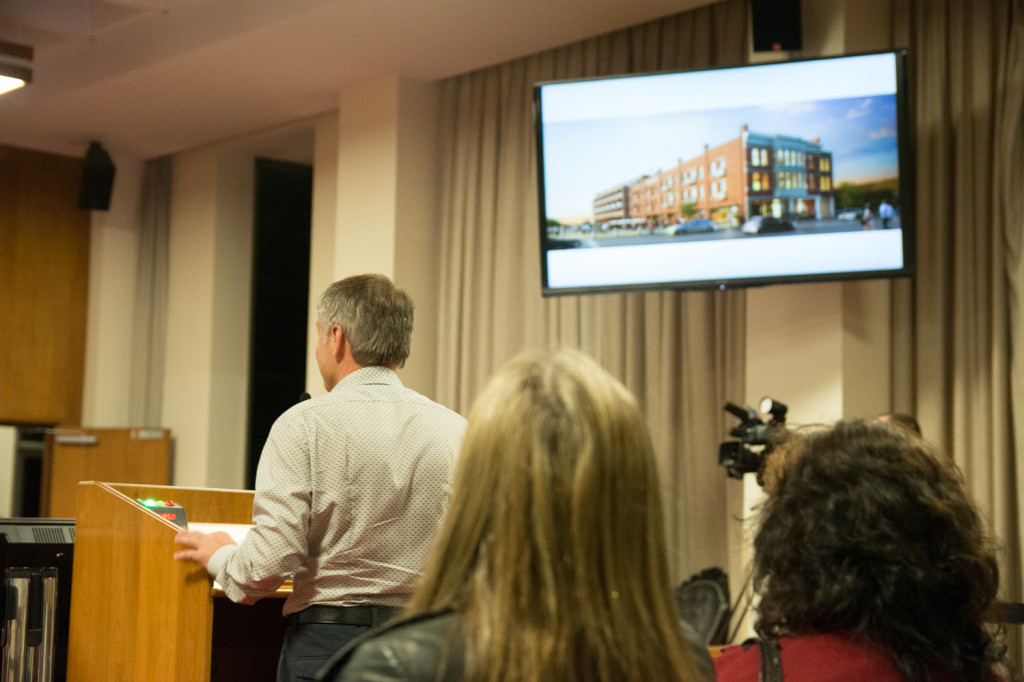 The architect responsible, Darryl Jonas, outlines the proposed redevelopment to city council during a meeting on Oct. 24. — Hugo Wong photo

On Oct. 24, Victoria city council unanimously approved a plan to redevelop the long-deserted Janion building, despite objections from some neighbouring residents.

The proposal by Reliance Properties will convert the former hotel, located at 1612–1614 Store St., into a series of micro-lofts, the bulk of which will be 250–350 square feet in size, along with commercial space on the ground floor. Notably, the plan calls for a six-storey addition to the rear of the building that breaches the usual 15-metre height restriction.

This addition was opposed by some residents of Mermaid Wharf, a nearby condominium, who could see their harbour views and property values decrease. One resident urged the council to “side with the individual and not the developer who’s just trying to make more money off the property at the expense of those in the area.”

The developers stated that they did not want to alter the heritage building by adding another storey to achieve the desired number of lofts, hence the taller addition. The council agreed with their assessment.

By contrast, local business owners attended the meeting to support the redevelopment. Clay Stark, who will open a software company in Bastion Square, said that development was necessary to attract high-skill workers in order to compete with cities like San Francisco.

“We have a different view of Victoria now, perhaps as a very cosmopolitan, growing city,” he said.

After hearing from the public, the council defended the project. Councillor Charlayne Thornton-Joe noted that the addition was an acceptable compromise given current economic realities.

“If we had our way, there’d be funding available and we’d just keep that building and preserve it just like a moment in time, but I’ve been here long enough to know that that rarely happens. Something has to be added to it to make [the restoration] possible,” said Thornton-Joe. 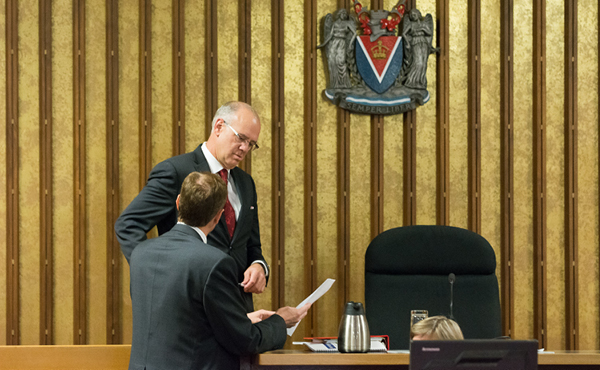 Victoria Mayor Dean Fortin looks over documents before the city council meeting on Oct. 24, where they approved a motion to redevelop and expand the Janion building. — Hugo Wong photo

In his concluding comments, Mayor Dean Fortin recalled his trip to Portland, Oregon, which restricts the simultaneous expansion and restoration of heritage buildings, reminding him of Vancouver’s Downtown Eastside.