Board Shorts – June 22: Ain’t no business like old business 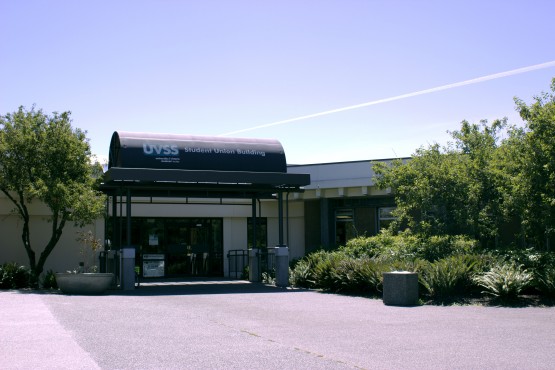 It was a low-key meeting for the Board of Directors on June 22, with much of it being held in camera. There was no public update on the UVSS’s excluded management restructuring or hiring for the Executive Director position. Chairperson Brontë Renwick-Shields proposed a motion to amend policy to include electing an Advocacy Council representative to any excluded management hiring committees; the amendment was approved, and Daphne Shaed was elected to represent the council.

Old business consisted almost entirely of filling vacancies on a number of committees, which has been ongoing since the two summer meetings prior. Most of the positions still remain vacant: In particular, the SUB Occupants board was short various nominations for representatives, including the Martlet; although, the Martlet has not been formally asked to put any recommendations forward. When contacted by the Martlet, representatives from the Campus Community Gardens and Anti-Violence Project were also unaware of any nomination process for the SUB Occupants committee.

Priority business included a motion to open nominations for an elected director to serve on the Occupational Health and Safety Committee; Director of Finance and Operations Tristan Ryan was elected. Another motion was put forth to move the date for the October 2015 Annual General Meeting to Oct. 28 from Oct. 15 to avoid drawing attention away from the federal election; the motion passed.

In new business, Ryan presented a motion for the UVSS to officially endorse the Divest Victoria campaign, and provide support via the graphic design department and communications staff when needed. Ryan said that, seeing as some Divest UVic members — himself included — worked with Divest Victoria, the synergy makes enough sense to be formalized in writing. The motion passed.

Director of External Relations Kenya Rogers brought a new motion seeking approval for two directors to table at the Rock of the Woods Music Festival in the Cowichan Valley July 23–26 to promote the Let’s Get Consensual, Post-Secondary Education, and Get Out the Vote campaigns. Rogers stated after the meeting that tabling will promote the campaigns to a wider audience; promoting the UVSS’s consent campaign in particular, Rogers said, is “a really great opportunity to open up a dialogue of consent with folks that may not have otherwise been exposed to those conversations in the festival setting.” Two directors-at-large, Katrina Woollgar and Brydon Kramer, were nominated to attend.

The rest of the meeting took place in camera, with the discussions focusing on personnel and Strategic Plan concerns. The meeting adjourned afterwards.

The next board meeting is scheduled for July 13 in the SUB Upper Lounge.