An estimated 250 people showed up to remind Prime Minister Justin Trudeau that he made a promise to them, at a rally in support of electoral reform on Feb. 12.

On Feb. 1, Trudeau informed his cabinet ministers that electoral reform would no longer be part of their mandate. Trudeau’s Liberal party campaigned heavily on the promise that the 2015 federal election would be the last under the first-past-the-post system.

Rescinding on that campaign promise didn’t sit well with many Canadians, and so rallies were held to let Trudeau know—including one at Centennial Square.

Present at the rally were a number of local politicians, including Elizabeth May, Green Party of Canada leader and MP for Saanich-Gulf Islands, who was met with enthusiasm.

“It matters when prime ministers keep their promises, and we believed in you, Justin,” May said. “I truly believe you meant to keep your promise. It’s not too late.”

Many demonstrators held signs accusing Trudeau of breaking his promise to voters, and even of speaking with a forked tongue. 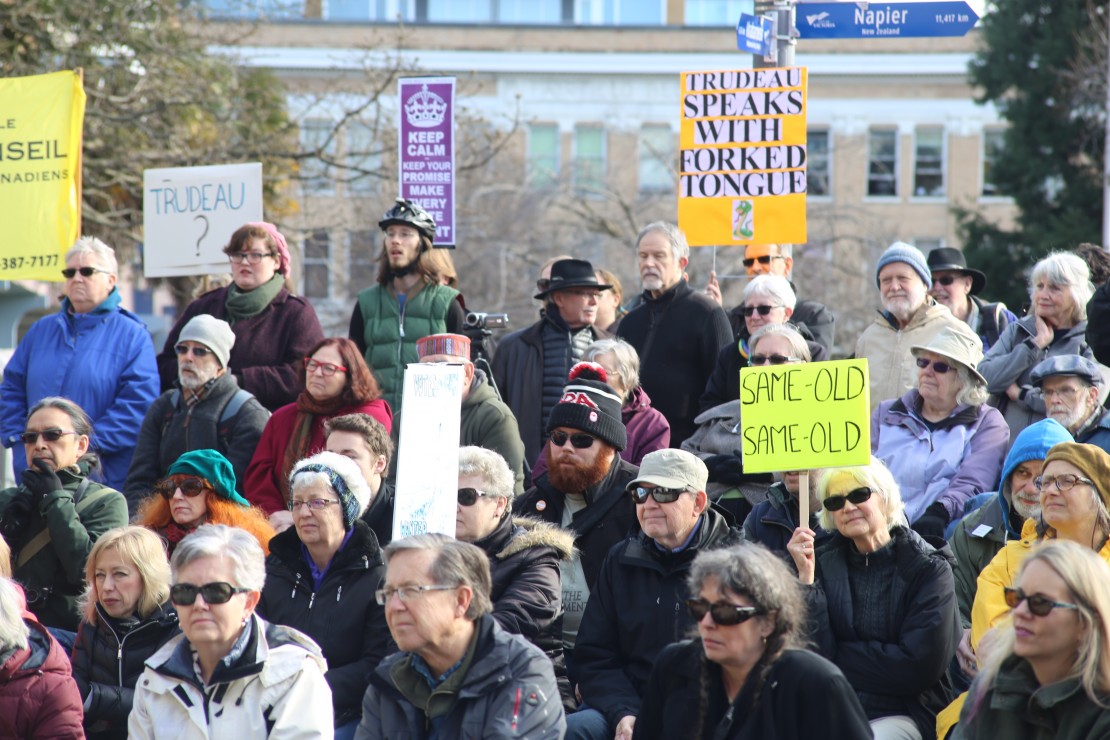 Randall Garrison, NDP MP for Esquimalt-Saanich-Sooke, said Trudeau’s promise was “so big that it was fundamental to the outcome of the election,” and that Trudeau “dismissed the hard work of countless citizens on this issue.”

Even David Merner, former federal Liberal candidate for Esquimalt- Saanich-Sooke, attended the rally. “It doesn’t matter where we side politically,” he said. “We all can be on the same side for this issue.”

With files from, and all photos by, Belle White, Photo Editor. 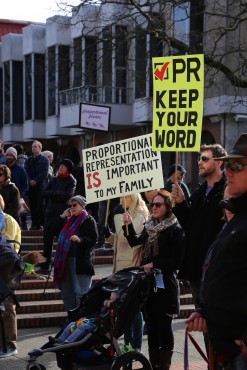 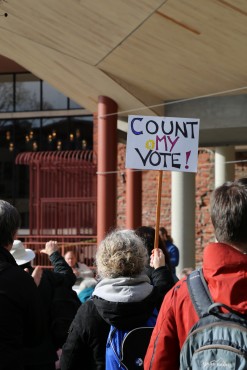 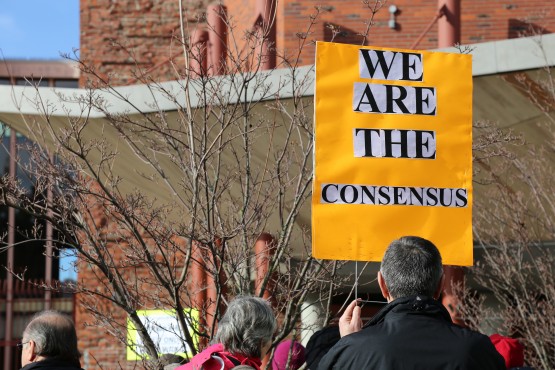