Business (not) as usual in Brussels

Brussels is not the most obvious destination for a traveller in Europe. The air is dirty and thick, and Belgian police seem to get a kick out of sounding their sirens at all hours of the night. On my first morning here, I sat in a café at six in the morning, drinking a miniscule espresso, looking out at the bleak grey sky, and breathing in the cigarette smoke from the group of drunk guys sitting at a nearby table — smoking laws be damned. I suddenly realized that this wasn’t Canada anymore.

A western European city shouldn’t feel so different. But Brussels is its own unique place, and I was already experiencing culture shock on that first jet-lagged morning. Since that time, though, the city has grown on me. I’ve realized this isn’t really a city to visit, but one to live and work in. Brussels is for building careers.

For a Canadian, the career opportunities in Brussels are less obvious, and the question I am most commonly asked is, “Why are you here?” It’s a fair question. I’m not a European citizen, and, at the end of the day, that’s the golden ticket for getting a job here.

My reason is linked to school. Under the interdisciplinary faculty of European Studies at UVic, and in coordination with Capilano College, the European Union (EU) Study Tour field school gives students a chance to visit several European Union institutions in Belgium, France, Germany, and Luxembourg. Following this, we are eligible for a two-month internship with a non-governmental organization (NGO) or official EU institution. 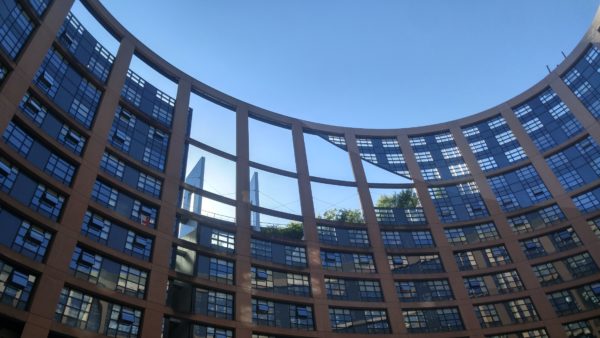 A photo of the European Parliament in Strasbourg, France — one of two places the 751 members convene. Photo by Anna Dodd

During the first three weeks, our group of 45 students from universities all over Canada visited the two European Parliaments in Brussels and Strasbourg, the European Central Bank in Frankfurt, and the European Court of Justice in Luxembourg. Educational seminars included speaking with representatives of Turkey and Russia, round-table discussions with academics on topics ranging from Brexit to the Eurozone crisis, and honest information sessions from non-governmental organizations (NGOs) and think tanks who were permitted to tell us how they honestly felt.

The study tour portion of the trip was good preparation for what was ahead, and by the end of my third week in Europe, I was ready to set out on my own. After checking out of the hotel in Brussels’ shopping district, I travelled across the city to a semi-seedy, predominantly Turkish neighbourhood, where the stores are open late and the falafel durum is cheap and delicious. My time of living in a shared castle with 12 other individuals had begun, and my internship with the European Commission would start the following Monday.

Examples of the intern culture in Brussels are everywhere. The number of lobbyists is only rivaled by that of  Washington D.C., and business formal attire is the norm. You’ll find yourself speaking four different languages in the course of a five-minute conversation, and no one will think twice about it. Every Thursday, hordes of interns from the Commission, the Parliament, and the various NGOs and lobby groups headquartered in Brussels will meet at Place Luxembourg: an unofficial meeting (and mating) place for young professionals looking to network.

Coming from a mid-sized, quiet city in Canada, this fast-paced European lifestyle feels surreal. I would be sitting in a conference surrounded by delegates from countries I’ve never even heard of, or listening to people converse intelligently about Scottish independence, and I would have to physically suppress my enthusiasm and excitement. For young Europeans, this is just a normal day. For me, I can’t believe my luck. 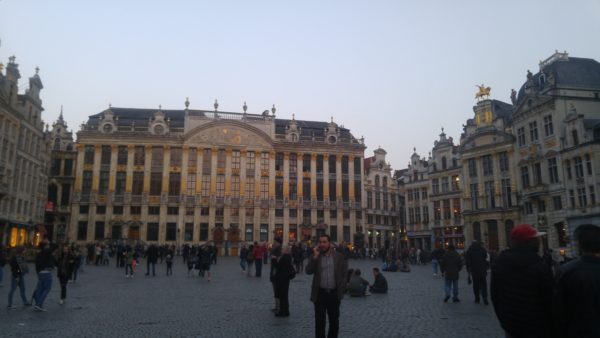 And it really does all boil down to luck. The program is expensive and the internship is unpaid, and switching your Canadian dollars to euros is hard  to swallow. I’ve been given an incredible opportunity, and it’s unlikely that any of it is because of skill, talent, or even hard work on my part. At the end of the day, you need financial support.

But that doesn’t mean it always has to be that way. European Studies is a relatively new discipline, and the EU Study Tour is a relatively new program. Every year, the cohort from UVic grows, and the word spreads about the opportunities available to Canadians in Europe. As communication on these opportunities improves, the funding prospects could as well. For instance, under the European Commission’s Erasmus+ action, funding towards European Studies, exchanges, and Master programs are available to Canadians. It’s often up to the university to do research on the various funding opportunities, and then go through the significant paperwork, planning, and networking involved to be eligible.

It’s unlikely that I will get a job through my internship at the Commission — as a non-EU citizen, chances are that it’s just not on the horizon for me. I don’t speak three or more languages either, which seems to be a recurring skill held by most of the interns I work with. Even so, I’m building my experience and my resume, and I’m learning about my future career options — many of which could feature a life in Europe in some way, shape, or form.

Not to mention that the cappuccinos at work are some of the best I’ve ever had — and they only cost one euro each. Even if that’s all I get from the rest of my time here, I can die happy. 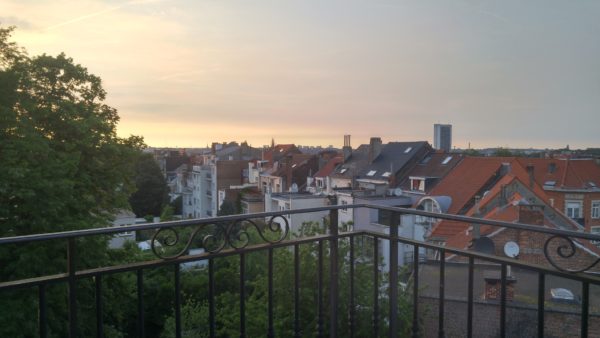 A balcony view of Schaerbeek, a municipality of Brussels. Photo by Anna Dodd