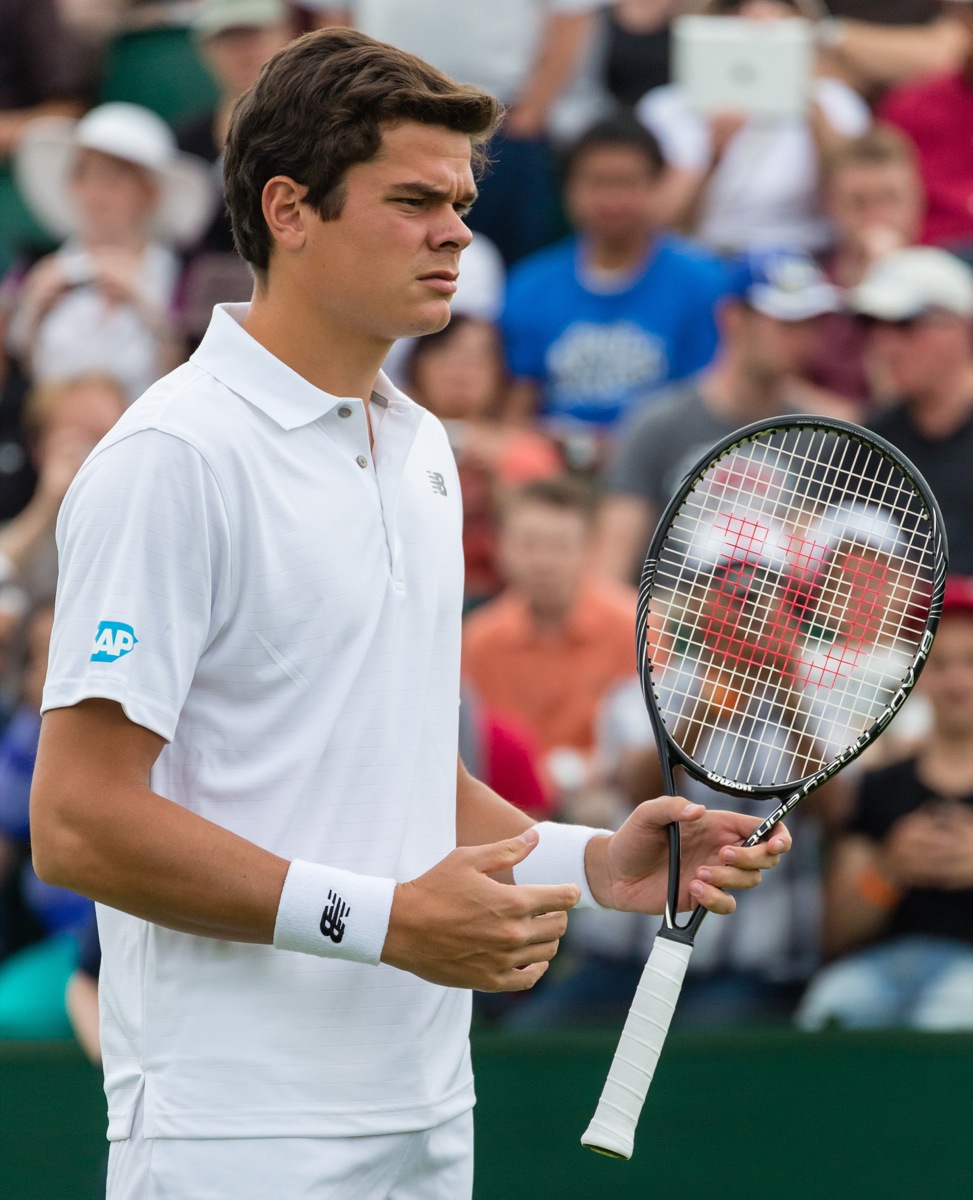 Canada has not been known as a hotbed of tennis but after a spate of successes on the men’s and women’s professional tours, that may be changing.

On the women’s side, 2014 saw the meteoric rise of singles player Eugenie Bouchard of Westmount, Que. She entered the Australian Open as the 30th seed but managed to reach the semifinals—becoming the first Canadian woman ever to do so—before losing to eventual champion Li Na. In May, Bouchard won her first professional title in Nuremberg and continued that momentum into the French Open.

In Paris, Bouchard made her second consecutive Grand Slam semifinal before again losing to eventual champion Maria Sharapova. At Wimbledon, the third major of the year, Bouchard went even deeper into the tournament and made the finals. Though she lost to 2011 champion Petra Kvitova, she became the first Canadian-born singles player to make a Grand Slam finals appearance.

Later in the season, Bouchard reached the finals of the inaugural Wuhan Open before again losing to Kvitova. She finished her season in the top-eight and qualified for the year end championships, where she lost all three of her round-robin matches and failed to move on to the playoff round.

On the men’s side, Canadian Daniel Nestor, a distinguished veteran of the doubles circuit, and his partner Nenad Zimonjic of Serbia finished the year ranked second. As a team they won three tournaments, including two at the Masters 1000 level, a tier below the Grand Slam tournaments on the men’s side,  and reached the quarterfinals or better in three of the Grand Slams. Nestor also added a mixed doubles victory at the Australian Open to his career total of twelve Grand Slam titles.

Nestor was not the only Canadian to win a Grand Slam tournament this year though, as Vasek Pospisil and American Jack Sock—who were playing together for the first time—won the Men’s doubles title at Wimbledon. They went on to win their first 14 matches, adding a title at the BB&T Atlanta Open and reaching the finals at the Western & Southern Open.

In October, Pospisil and Sock made the finals at the China Open, and Pospisil won his third career doubles title, this time playing with Nenad Zimonjic at the Swiss Indoors. Pospisil also competed on the singles circuit, and in August he played in the finals of the Citi Open against compatriot Milos Raonic. This was the first all Canadian men’s tournament final since the open era began in 1968.

Raonic had been rising through the men’s singles rankings for several years but made huge strides in 2014. At the French Open, Raonic became the first Canadian man to reach a Grand Slam quarterfinal in the Open Era, a record he would best at Wimbledon by reaching the semifinals.

This success made him the first Canadian man to reach a Grand Slam semifinal since 1908 and brought his ranking to a career-high sixth in the world. He reached the quarterfinals or better in seven of the nine Masters 1000 events, including two semifinals and one finals appearance. On top of his Citi Open title, Raonic reached the finals in another 500 Series event, the Rakuten Japan Open, where he lost to hometown favourite and US Open runner-up Kei Nishikori. He qualified in the top-eight for the year-end championships, but lost both matches before withdrawing with a low-grade tear in his quadriceps.

Given these incredible achievements, it is possible that a Canadian could become a Grand Slam singles champion as soon as next year.