CARSA under fire after harassment complaints 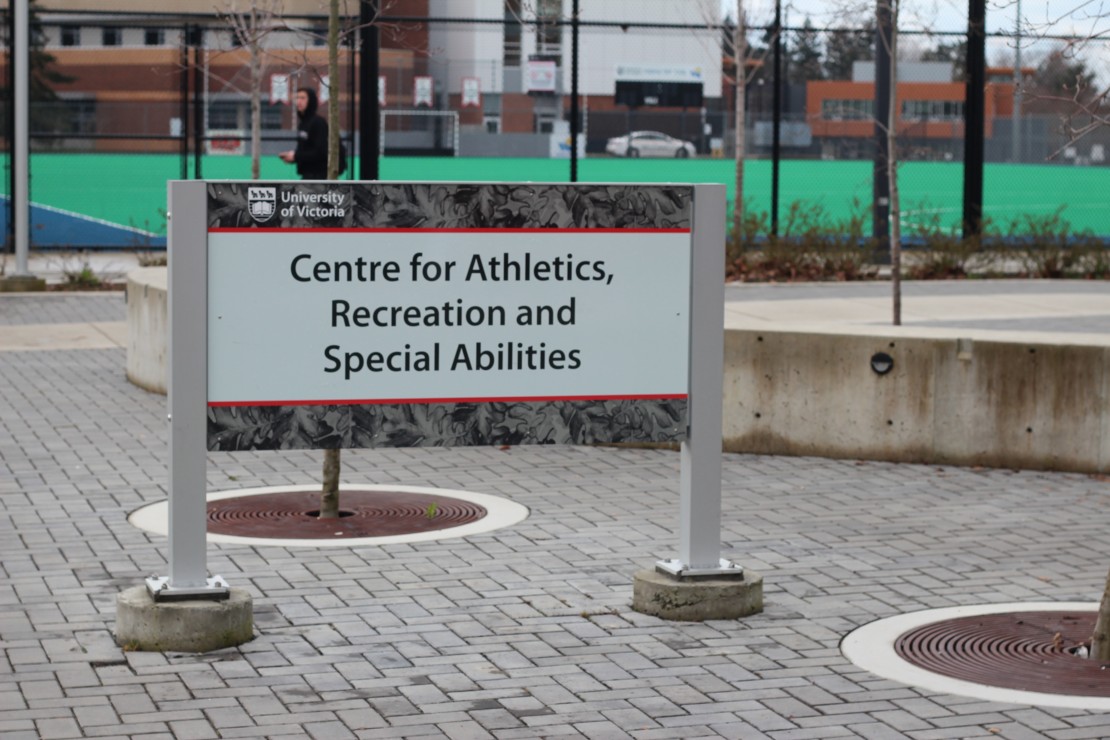 It may have been recognized as an outstanding sports facility, but CARSA is under scrutiny for not properly addressing incidents of sexual harassment. Photo by Myles Sauer, Editor-in-Chief

On March 1, Vikes Athletics announced that the Centre for Athletics, Recreation and Special Abilities (CARSA) had been recognized with an Outstanding Sports Facility award by the National Intramural-Recreational Sports Association (NIRSA).

A notable achievement for UVic, to be sure, but not everyone believes CARSA and its members are so outstanding. In recent weeks, female CARSA members have come forward to report instances of sexual harassment at the facility by not only other CARSA members, but gym staff and management as well.

“There’s a few people that go [to CARSA] to do that. It’s usually older men that are really disgusting. It’s almost as if they’ve never seen a girl before,” said one gym goer, who we will call Samantha for this article. “I think they’re preying on us, and it doesn’t feel safe.”

In one case, Samantha said an older man was looking at her breasts and between her legs while she was doing sit ups on the floor.

“I just felt really unsafe, like my guard was down,” she said. “I’m at the gym, I’m working out. I’m supposed to feel comfortable.”

“She thought it was a joke. It was really hurtful,” said Samantha.

In another case, Samantha said that she caught one of the facility’s male managers turning around to check out her out as he passed her by.

Samantha says that the incident shows harassment is not an issue that’s isolated to one or two people, but is systemic within CARSA. “If the managers of the gym are doing it, why would they train other people in the gym to care?”

Third Space made aware of concerns

Samantha isn’t the only person who’s come forward with stories of sexual harassment while using the CARSA gym facilities. Many women have come forward to the Third Space Collective since the gym opened two years ago.

Daphne Shaed, Third Space volunteer coordinator, says that at least 10–15 people have contacted her in the last few weeks about feeling sexually harassed at CARSA. Shaed has spoken about the issue on CFUV and also wrote an email to CARSA detailing the complaints.

“That doesn’t need to be the culture of the gym,” said Shaed. “CARSA is allowing this to happen. There’s a pattern of sexual harassment and misogyny on this campus.

“Our philosophy is for our space to be welcoming, inclusive, and safe,” Michelle Peterson, Vikes Athletics and Recreation associate director, said in an interview with the Martlet. “That is the core principle for how we operate.

“We have a pretty comprehensive training intake with our students on not just how to do their job, but service excellence is a core component of all our hiring,” she said.

When asked if CARSA does enough to address gym culture, Peterson said there is a higher percentage of female staff members than male, and the layout of CARSA was designed with promoting a safe gym culture in mind.

“Our layout of equipment is strategic, so that it’s not that we are creating spaces that are one demographic over another,” Peterson explained. “We are sensitive to creating spaces for stretching where you’re not right in the middle of all the activities.”

But while the gym seems to be strategically laid out to protect women, it may be the members within the gym that are the root of the problem.

Since our interview, Peterson had met with Third Space reps to discuss the issue of harassment at CARSA.

According to Shaed, the Third Space suggested using a new online intake system for new gym members (which CARSA has already been working on) in tandem with a complaint filing system, so information can be called up in the case of a complaint.

The Third Space also recommended supplementing the current training that new CARSA employees go through to better support complainants. Shaed said they’re hopeful that CARSA will take their suggestions into consideration, but are still waiting to hear back about concrete plans to implement these changes.

One solution? Simon Fraser University’s gym has designated women’s-only hours in their fitness centre from 8:30–10:00 a.m. Monday to Friday in a portion of the gym, and women have the entire fitness centre to themselves during those same 90 minutes on Saturday.

This may be an easy fix for CARSA as well. For now, Shaed says that Third Space is waiting for UVic’s Sexualized Violence Prevention and Response Policy to be approved, so complainants can retroactively report their concerns under its protection.