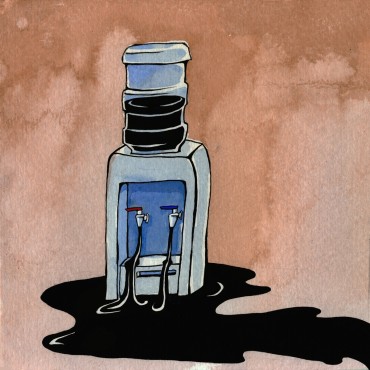 Monday’s climate change forum, entitled A Dialogue: Climate Change, Divestment, and Society, posed many questions about how the University (and the world) should respond to the climate crisis brought on by fossil fuel emissions, but little was resolved or clarified by the debate. Panelists opposing UVic divesting from fossil fuels attacked the simplicity of divestment, claiming that it is not a complex enough solution for the problem at hand, and questioned how far divestment must go in order to obtain “the moral high ground.”

However, they provided little in the way of alternative steps toward positive progress against climate change, with some panelists stubbornly sticking to the phrase: “It’s complicated.” Panelists in favour of divestment offered a clearer path, stating that divestment from fossil fuels is a step in the right direction because it passes a moral and political judgement against the business practices of oil companies, which, among other objections, have disregarded the rights and values of indigenous communities, who should decide how their traditional lands are developed.

In some ways, the debate was ineffective; panelists would often avoid addressing the issues raised by the other side, claiming their opposition doesn’t understand their points or values. The anti-divestment side, particularly Cary Krosinsky, mischaracterized the motivations of the divestment movement by focusing on the comparatively insignificant economic effects (which is true) when it actually focuses on revoking the social license of using fossil fuel extraction for profit. The loose structure of the debate meant moderators did not intervene when panelists dodged questions.

Crystal Lameman, of the Beaver Lake Cree Nation, was visibly frustrated and did not speak as much as Suncor VP Steve Douglas or Malkolm Boothroyd of Divest UVic. While that could be attributed to the debate’s focus on issues like jobs and the endowment as opposed to indigenous self-determination and social justice, a stronger moderator could have fostered a more engaging, inclusive discussion. Opponents of divestment brought up the national security implications of foreign oil dependency, which was not addressed in any meaningful way. Stephen Hume continually returned to the theme of voter apathy among youth, which obviously affects government priorities, but it seemed like an overly simplistic prescription when everyone else was discussing the economic merit, political efficacy, and morality of divestment.

The turnout was encouraging, particularly among high-ranking university administrators, so perhaps the event succeeded in providing them with a clearer idea of how the UVic community feels about the issue (it’s not a stretch to say that the crowd was rooting for Boothroyd). But, in turning the forum into a general discussion on the effectiveness of divestment in solving all of climate change, UVic deflected the debate away from its own fossil fuel holdings. It’s not all bad, though. Perhaps the discussion will change the minds of the powers that be. At least it exposed the undecided to the terminology and the issues at stake.  Divestment is complicated, but that shouldn’t stop the discussion. More importantly, complexity shouldn’t be used as an excuse for inaction.