Journalist and podcaster speaks on truth and reconciliation through podcasting 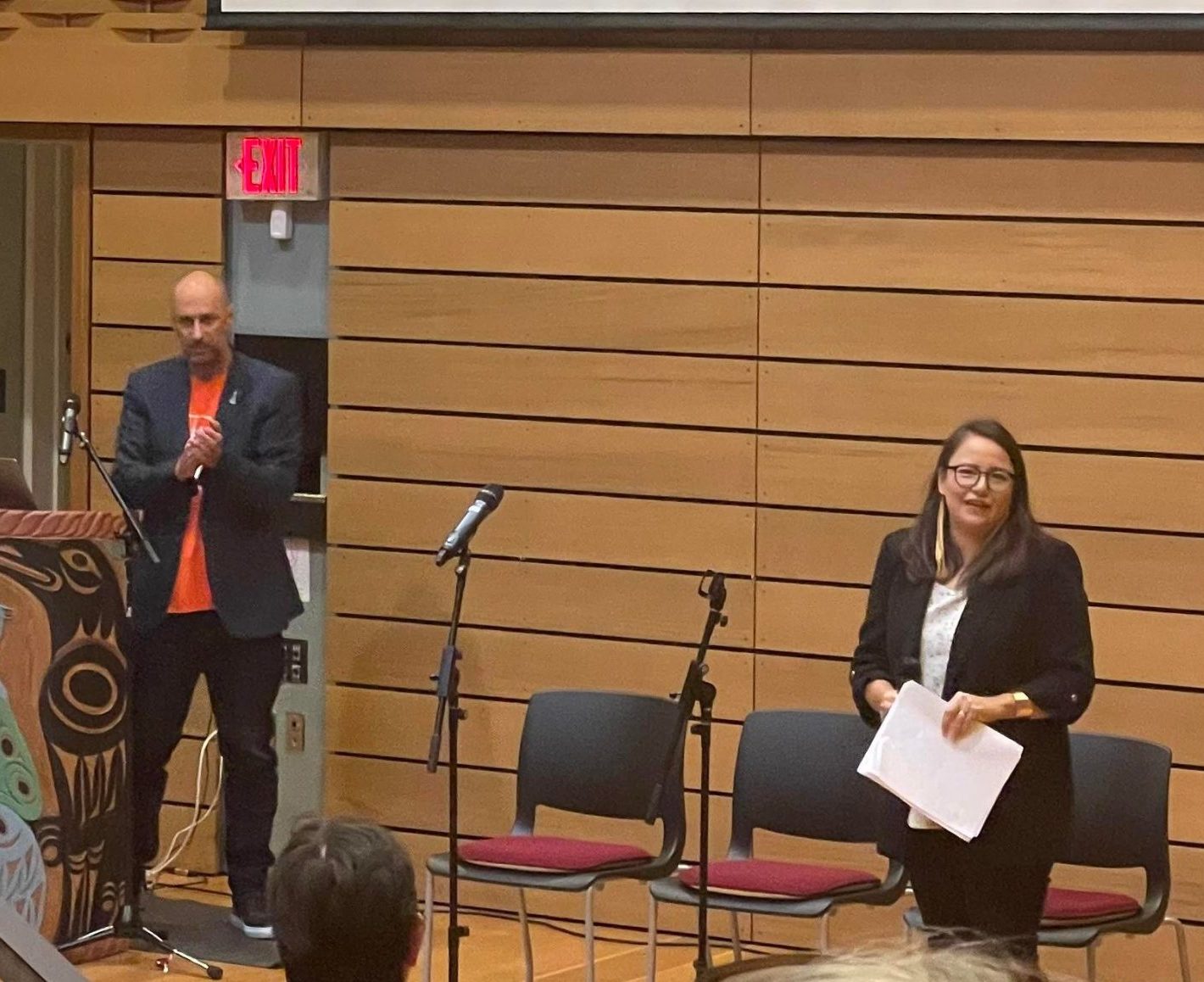 This articles contains mentions of the residential school system.

As part of UVic’s University Librarian Public Lecture series, critically acclaimed Cree journalist and podcaster, Connie Walker, gave a lecture and participated in a panel discussion at the First People’s House leading up to National Day for Truth and Reconciliation.

With over 100 people at the venue, Walker discussed her work behind her brand new podcast Stolen: Surviving St. Michael’s (2022). She talked about her journey that began last May when she learned of a story about her late father who, after pulling over a vehicle due to suspicions of drunk driving, was unexpectedly confronted with a ghost from his past — a residential school priest.

“It made me realize that despite all of my reporting on residential schools, I didn’t know anything about my dad’s experience. I didn’t know where he went or for how long,” says Walker, in a twitter thread.

Walker took the audience through a journey of her life — as a CBC journalist of 20 years, she recounted the attitudes and microaggressions that she experienced as an Indigenous journalist. The room was silent, with people shaking their heads in disbelief at the blatant discrimination she described.

In her reporting in the past few years, Walker has been learning about the impacts of trauma, about Post Traumatic Stress Disorder, and she’s learned that it’s not something that can be outrun –– that one way to heal is to face it head on. That’s why she decided to investigate her dad’s story.

“Even though I’d spent years reporting on Indigenous issues and inter-generational effects of residential schools, I had never connected the dots in my own life and my own family,” said Walker in her lecture.

Since last August, she’s been investigating the St. Michael’s Indian Residential School in Duck Lake, Saskatchewan, with the intention to find the priest who her dad pulled over that night.

St. Michael’s opened in 1894 and was one of the last residential schools to close in 1996.

Beyond the investigation into her own father’s experience, Walker spoke of trying to find other survivors who also went to St. Michael’s.

“When we created the podcast, in episode four, we tried to interview as many survivors as we could from St. Michael’s,” said Walker. “We wanted their voices and memories to reconstruct the school in a way. And to help us understand the truth about what they went through there. We interviewed 28 survivors.”

For Walker, what started as an investigation about her dad’s past ended up becoming something much bigger.

“[Residential school survivors] were essentially reporting thousands of crimes, crimes committed against them as children, but no one was charged through the IAP because it wasn’t a criminal process,” said Walker. “It was designed to offer financial compensation and to keep the findings hidden.”

“I feel so much regret that I didn’t do this sooner, because the window to document this truth is shrinking … and the window for accountability is also shrinking,” she said.

However, Walker is grateful to help others learn the truth about what her father and other survivors from St. Michael’s endured. For her, these stories are crucial to understand before talking about reconciliation.