“We are here today making history” 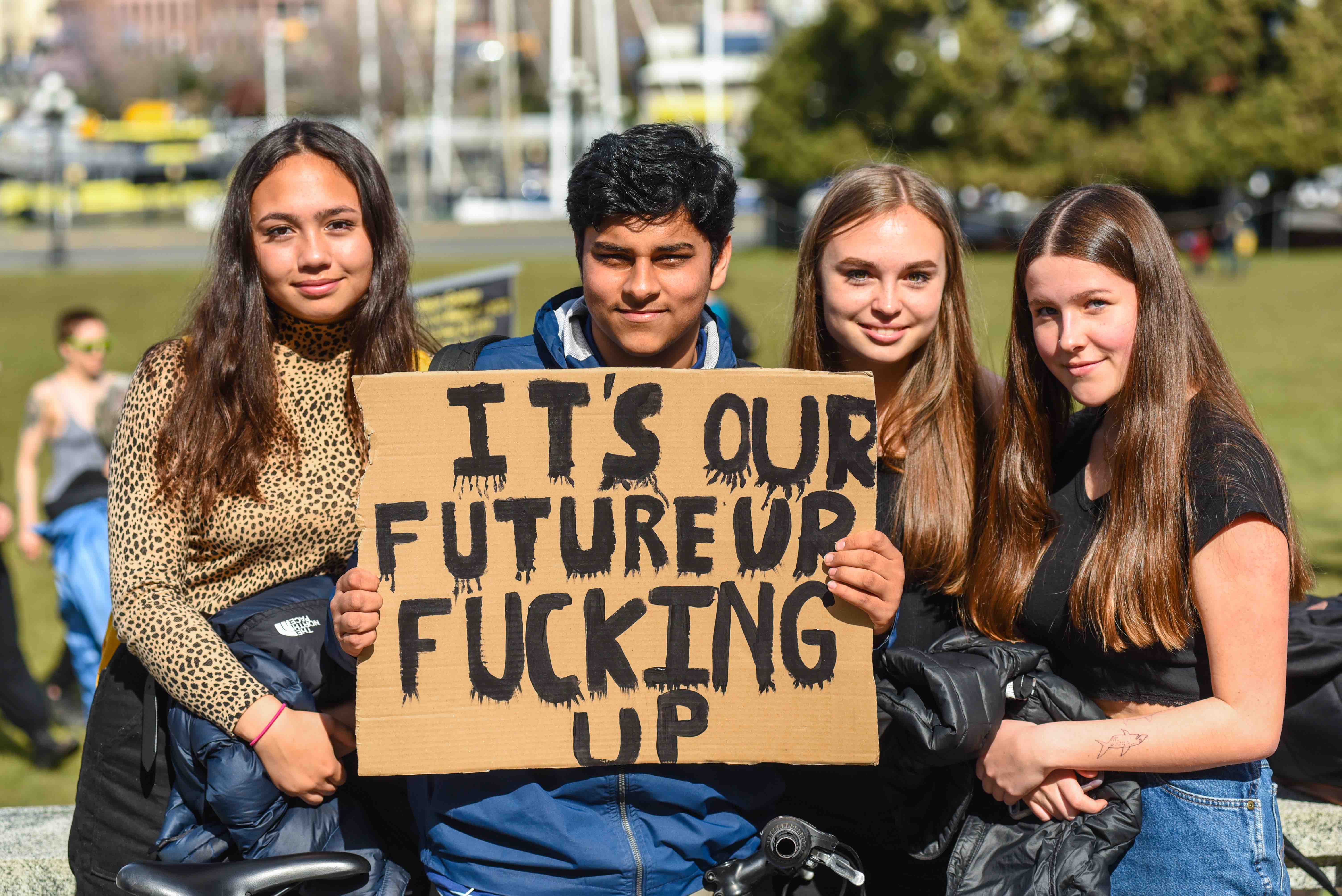 Over one million young people from some 1 600 communities across the world decided to ditch school on Friday, Mar. 15 to tell adults to quit ditching the future when it comes to climate change. The coordinated global action, which included rallies in over 120 countries, made the event the largest youth climate strike to date.

The action is part of a world-wide movement inspired by 16-year-old Swedish youth activist Greta Thunberg, who headed the first student climate strike and camp-out outside the Swedish parliament in August 2018.

“We’re here united in the knowing of the reality of our situation, and [that] those in power need to wake up … and start acting,” Paquin said to an active crowd that covered the stone steps of the B.C. Legislature and overflowed well on to the large precinct.

“We all thought it would be a big bang when the world ended … But instead it was a news broadcast.”

The reason people can afford to sleep through the climate crisis is because the signs don’t resemble the stereotypical apocalypse, Victoria High School student Emylia Biegunn said to those gathered.

“We all thought it would be a big bang when the world ended … But instead it was a news broadcast, and it told us that we only have 11 to 15 years before the damage that humankind is inflicting becomes irreversible,” she said, referring to the recent report by the Intergovernmental Panel on Climate Change (IPCC).

The Victoria action took place at the B.C. Legislature, but as Tiffany Joseph of the W̱SÁNEĆ and Squamish First Nations said in her opening remarks at the rally, the area has been home to the Lekwungen peoples well before European colonization.

Recognizing these deep relationships is a part of confronting climate change, Joseph said. 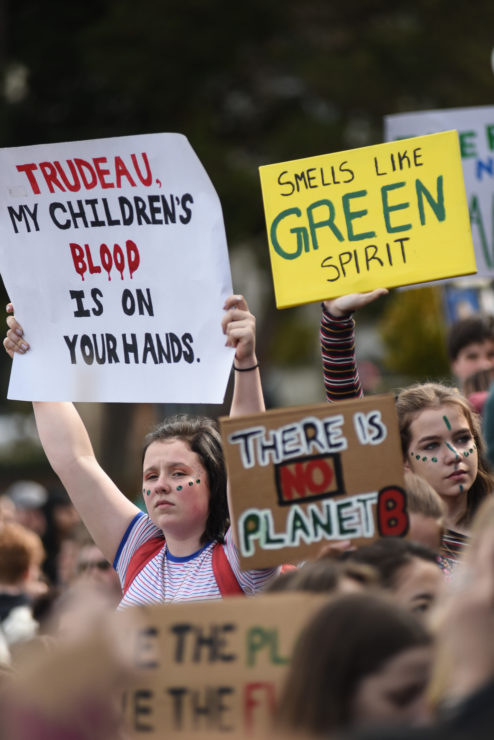 Joseph added that making the space to listen to the voices of the youth aligns with Coast Salish protocol as well.

“A value of Coast Salish people has been that children are sacred,” she said. “We honour young people by allowing them to express themselves and their true nature … and so I know that it’s very important for me to listen to the voices of you all here today.”

One youth who shared his voice with the crowd was 15-year-old climate strike organizer Finn Kreischer.

“We have to drum it into people’s heads that this issue — this crisis — is everything that matters right now,” said Kreischer.

Although Kreischer acknowledged that climate change is the central issue, he added that it ties together many threads.

“It’s not climate change. It’s everything change. Everything we do around climate change is an opportunity to improve our society. Climate action is strongly linked to justice and equality.”

15-year-old Danica Paul of the Songhees and Tsartlip First Nations was one student from Esquimalt High School at the rally who has personally felt the unjust consequences of a fossil fuel-based society.

“Currently, the ocean on our reserve [in Esquimalt] is polluted,” she said. “There was a gasoline spill about three years ago and I’m pretty sure we can’t swim in it still. We can’t fish, [and] we can’t go crabbing anymore.

“I think it’s just really sad that there isn’t much that our community can do [and] it’s something that needs to be pointed out.” 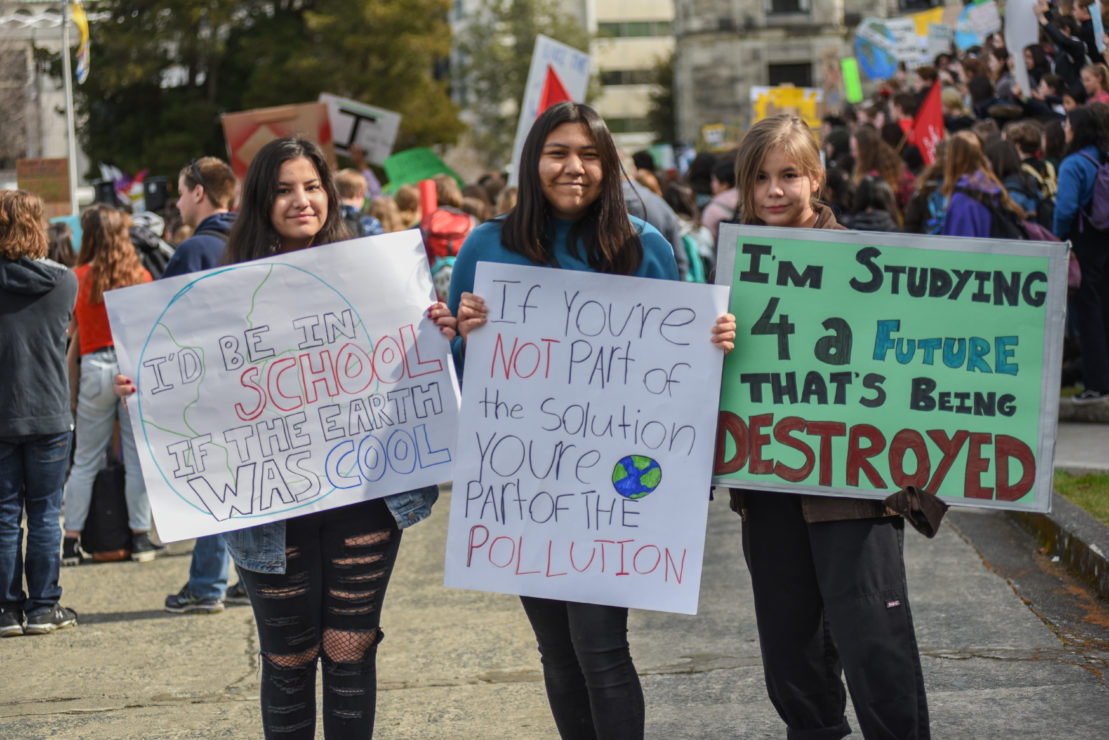 While efforts to reverse gasoline spills can prove futile, people’s opinions can often be reversed. This is a point of optimism for Mount Douglas High School student Ann Veerkamp, who at just 15 years old has traveled to places like Germany, Malta, Mali, and Pakistan as a youth ambassador for Model United Nations.

“Even the littlest amount of change in somebody’s opinion, for example, from ‘I can’t do something’ to ‘maybe I can do something.’ I think that that’s what I want to reach here,” Veerkamp said.

“Every person can make a difference, so [by] all of us coming [together], every piece of a puzzle can make a bigger picture,” he said.

Like many in the crowd, Eliza Jardine, also from Oak Bay High, skipped class to tell politicians they need to start working on their pieces of the puzzle.

“[Policy makers] make little efforts to make it seem like they’re pushing towards [climate action], but they’re not making the kind of efforts that are actually going to change things,” she said. She noted that many individuals from older generations are showing solidarity with the movement, however.

“It’s not just youth. So many generations are trying to come together and make a difference.”

To help maintain the momentum built by the climate strike, in his speech Kreischer laid out some ideas for leverage points for his generation to keep tugging on. 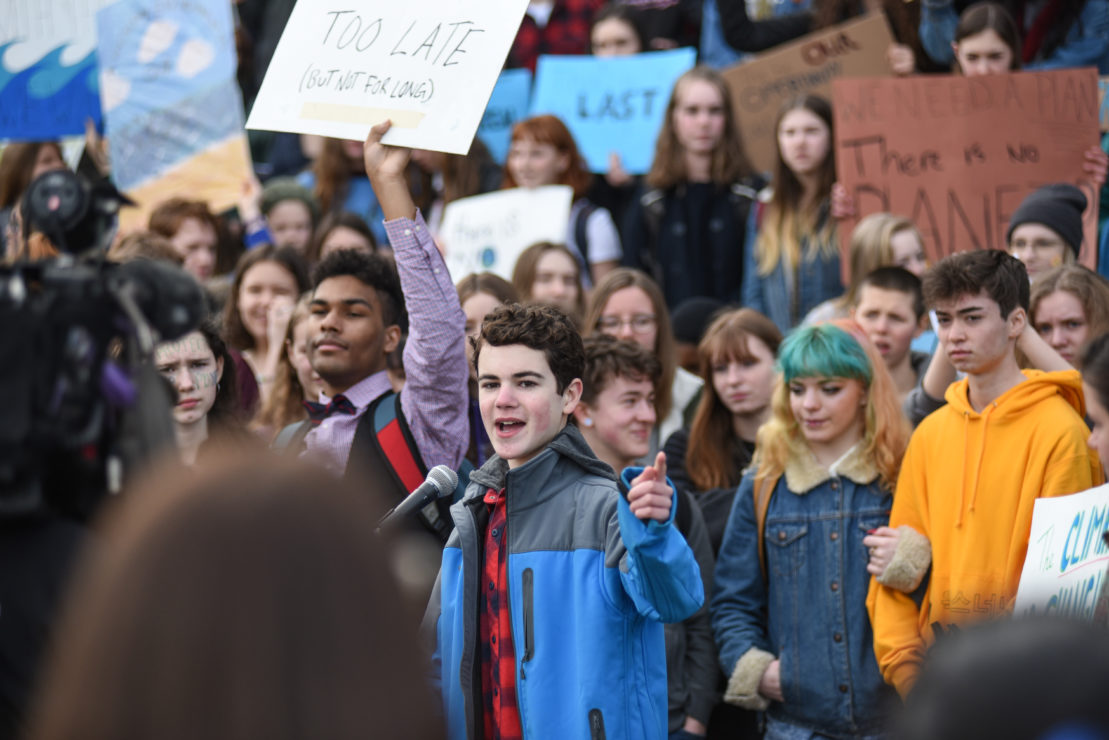 Finn Kreischer speaks to the crowd.

“We know what needs to be done. We know we need less consumption of animal products and things shipped overseas. We know our cities have to densify in a community-oriented manner with walking and cycling in mind. Now we just need to do it and we need to do it together,” he said.

“We have done that for the City of Victoria but this is a regional issue. It is a global issue. So that is my challenge to you: ask us for free transit. Make us do it.”

Helps added that the most important thing climate strikers can do is not to shame anyone who isn’t yet acting on the climate crisis. 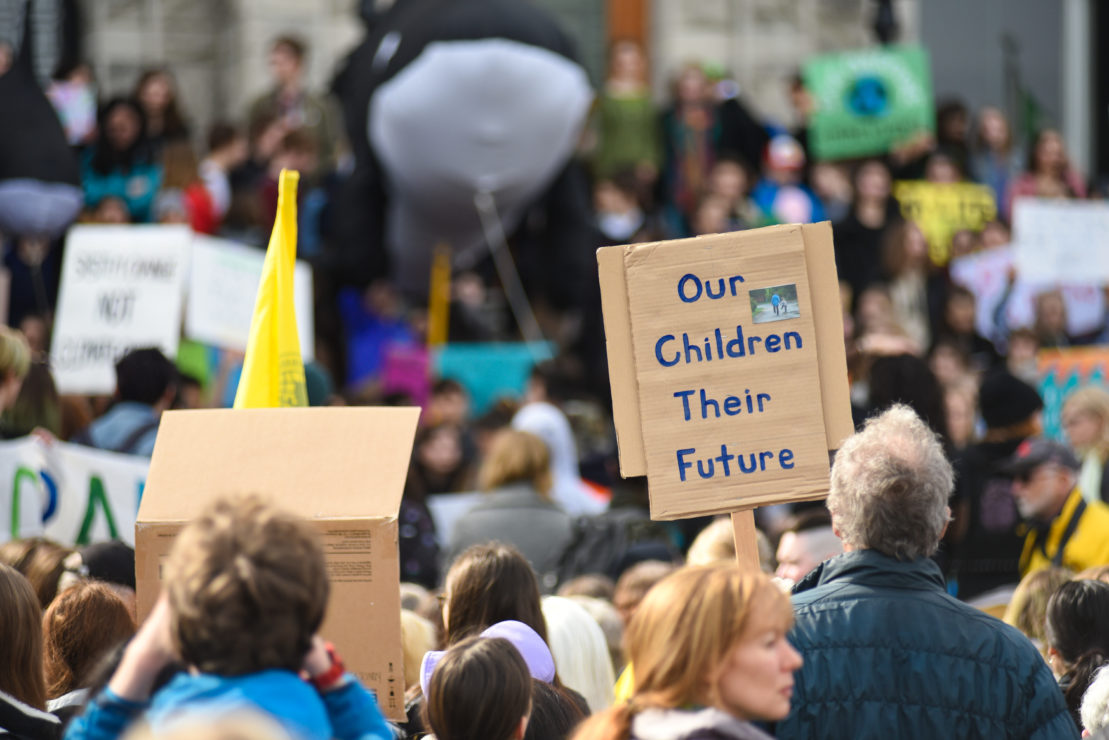 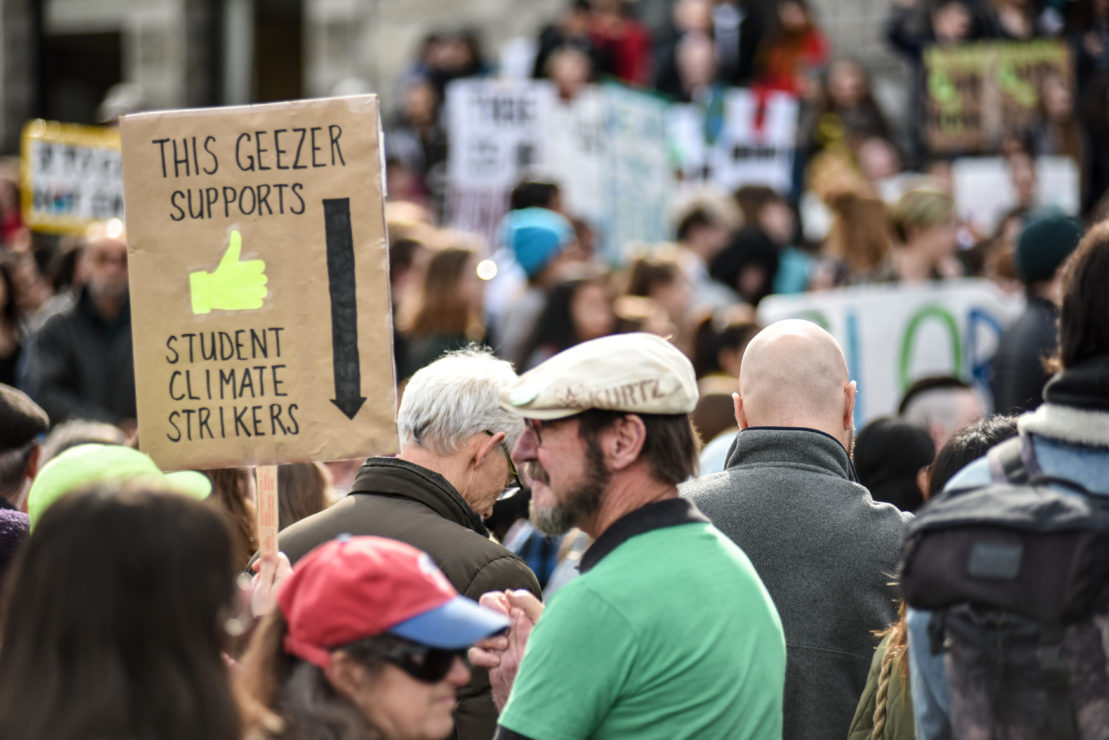 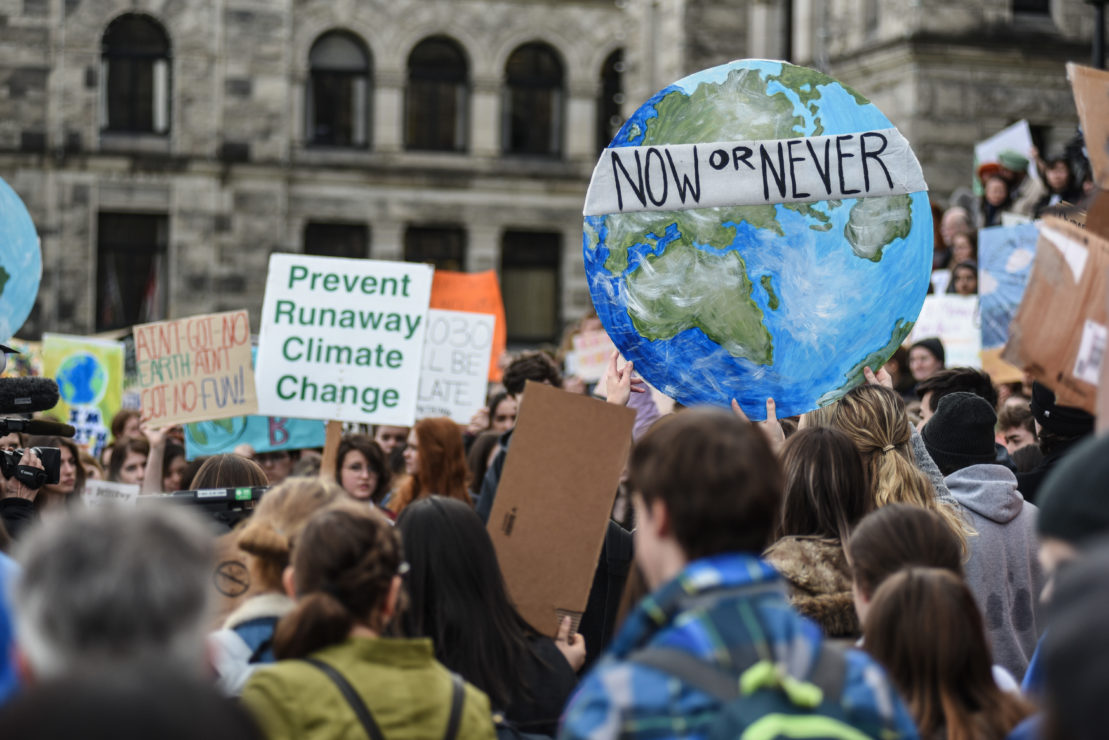 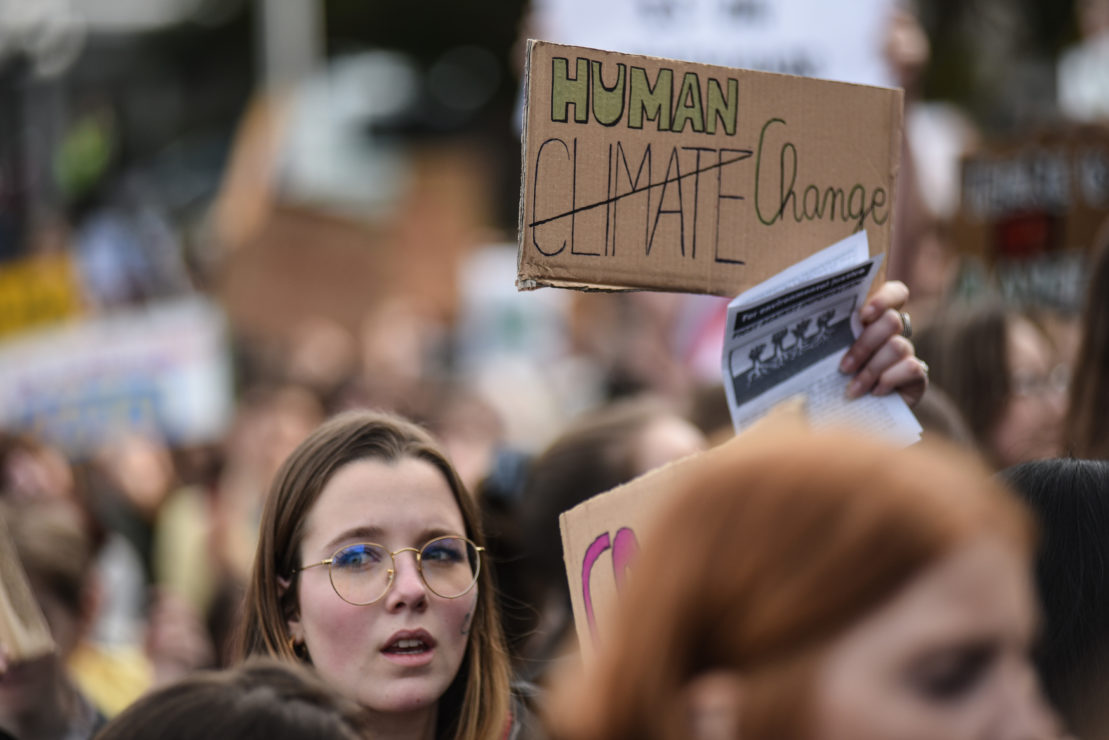 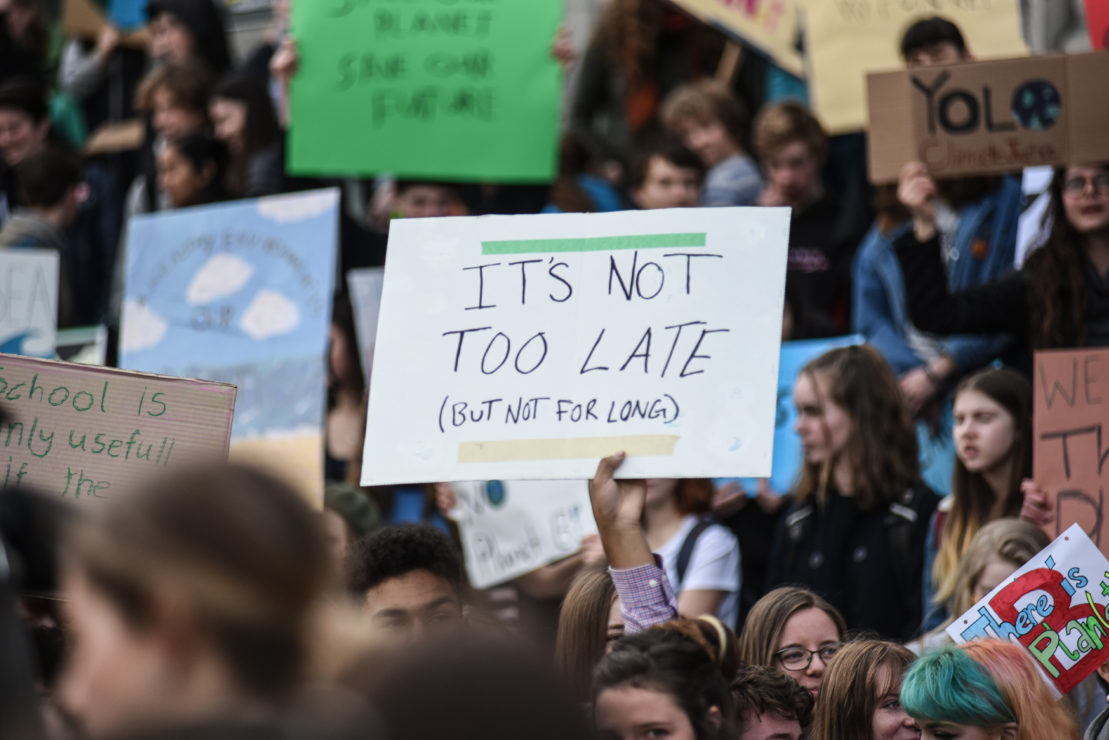 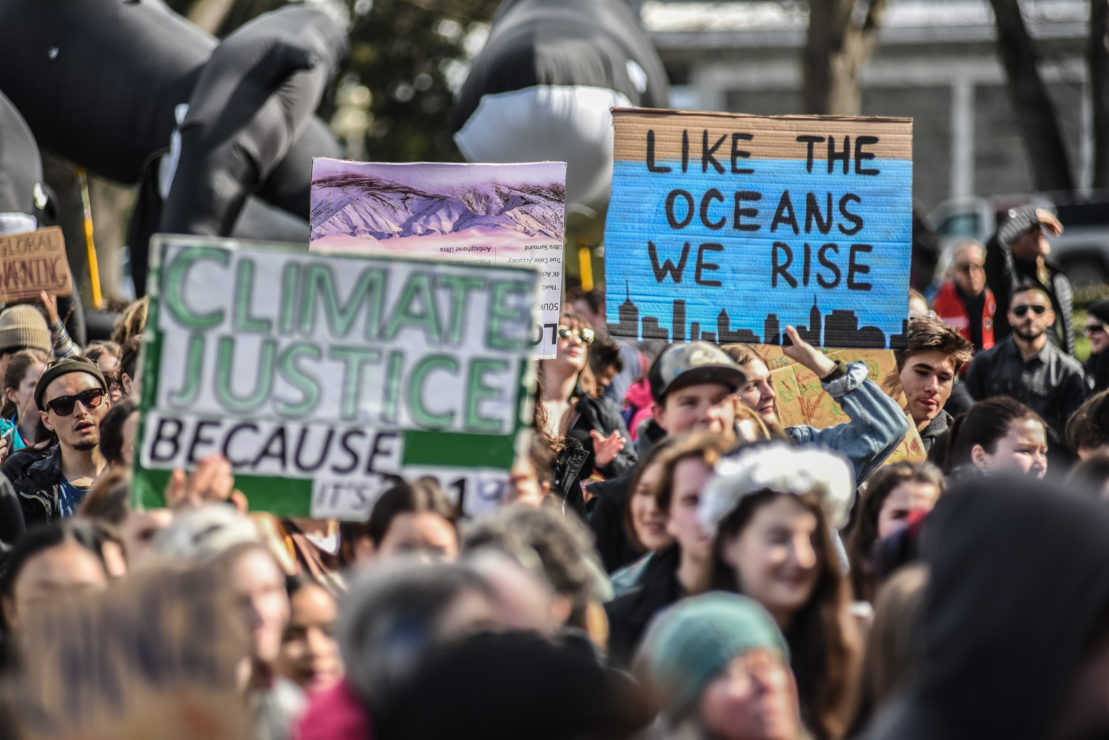 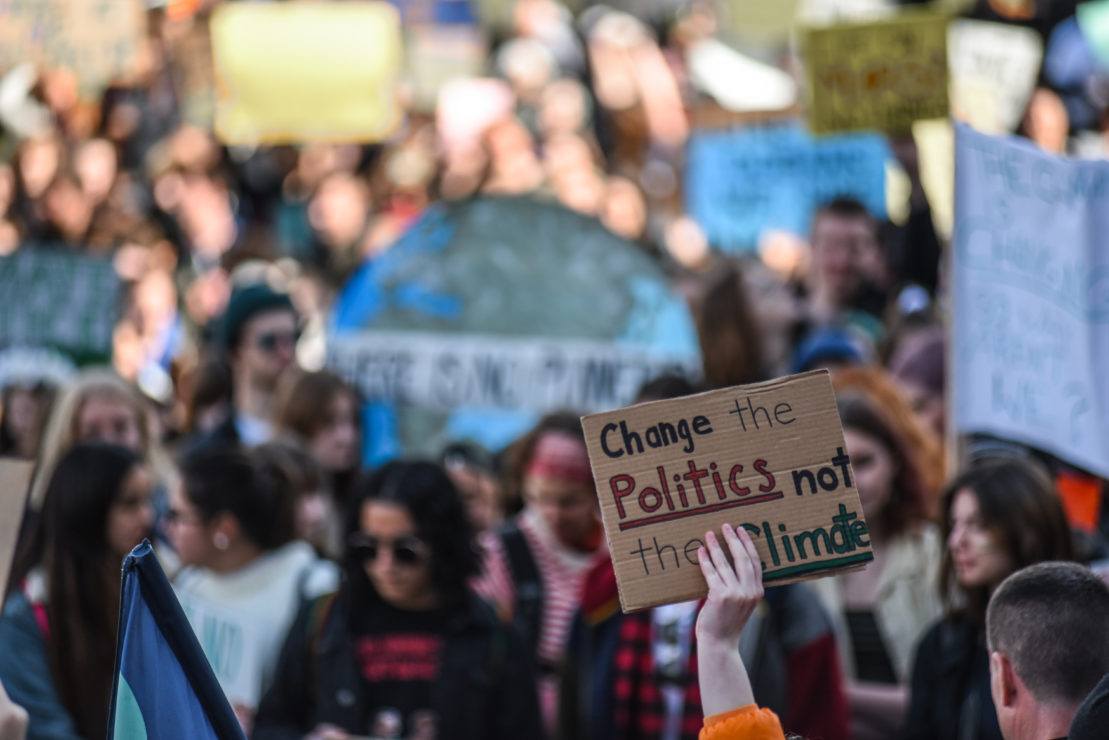 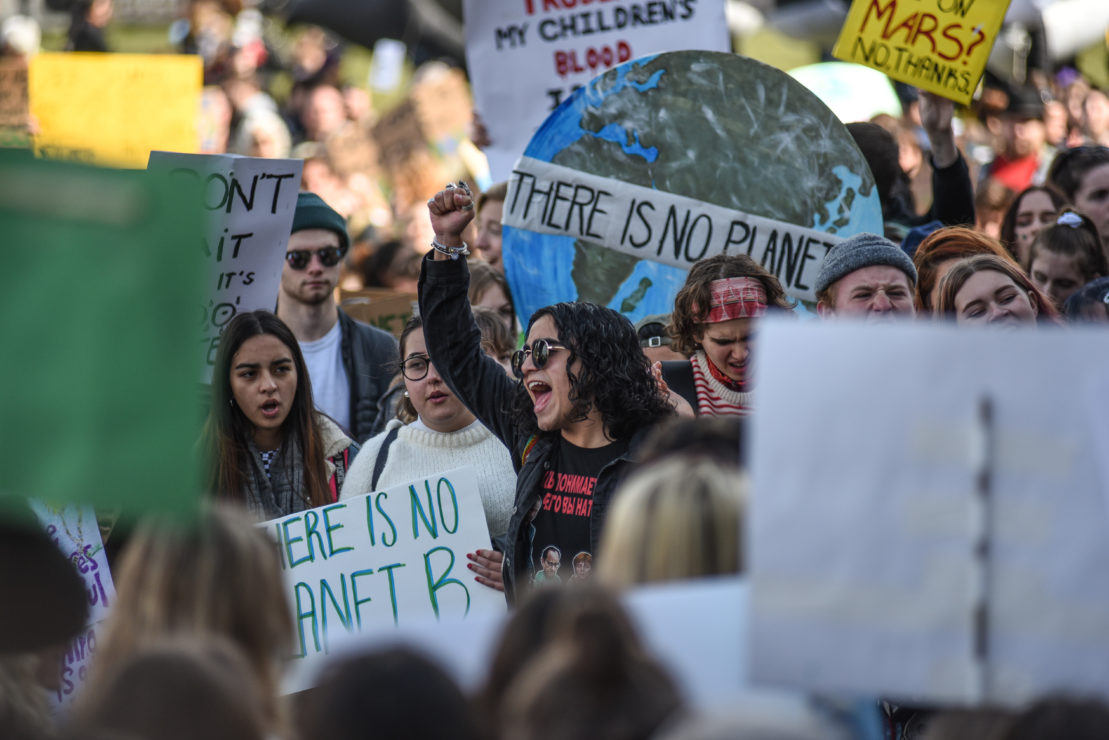 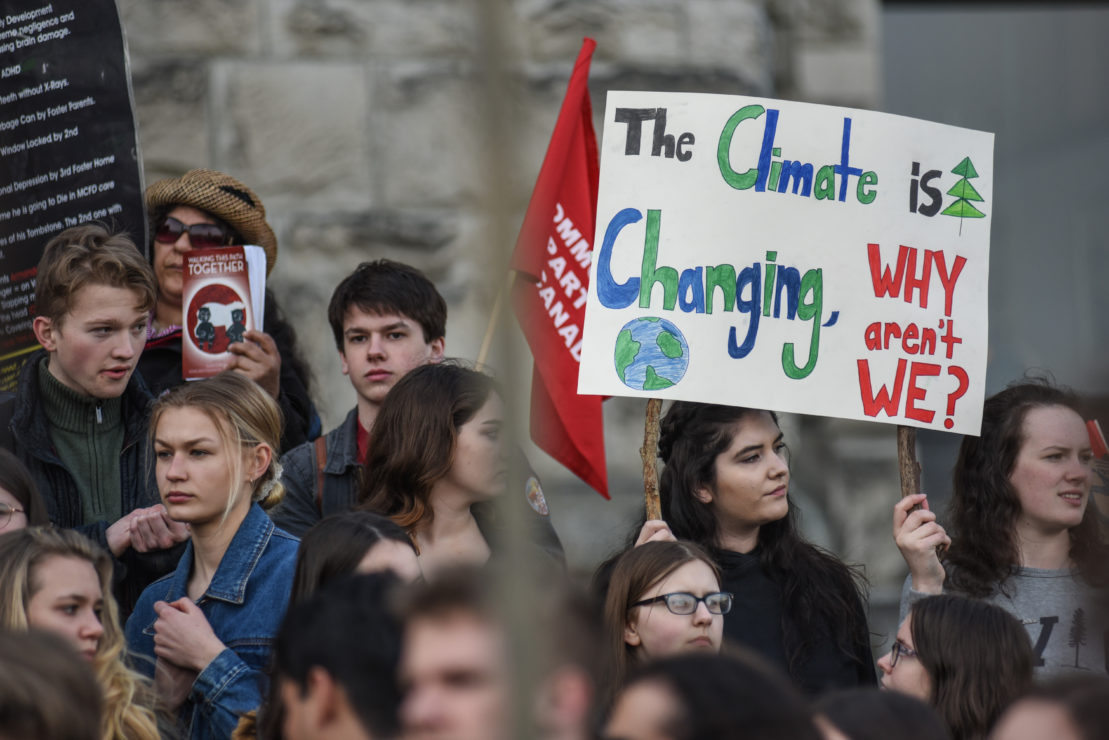