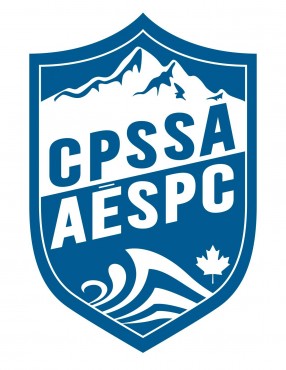 The Canadian Political Science Students’ Association (CPSSA) announced the cancellation of their 2016 National Conference, titled Modern Discourses on Sovereignty: Land, Bodies, and Borders, on Sunday, Dec. 13. The decision comes after a month of deliberation on the part of the CPSSA, Native Students Union (NSU), and Undergraduates of Political Science (UPS) to reach a suitable compromise to move forward.

As previously reported in the Martlet, the UVSS revoked $6000 in funding when it was evident that members of the CPSSA and UPS course union did not adequately consult indigenous groups on campus. The NSU voted to oppose the conference when it was first proposed, and the UVSS responded by placing their support behind the NSU. (It was then revealed the UPS had already received a cheque for the money requested.)

According to NSU Firekeeper Blake Desjarlais, the CPSSA initially continued to plan the conference for January 2016, regardless of the NSU’s opposition. The NSU was moved to work alongside the CPSSA to minimize future harm, and elected a representative, Cole Sayers, to work with the CPSSA from then on.

“We really stressed on the part of NSU . . . [refocusing] on positive and respectful relationship building,” said Sayers.

After the initial board meeting on Nov. 2, former CPSSA members Kayleigh Erickson, Makenzie (Maks) Zouboules, and current members Wesley Boyd, UPS President, and Joshua Linder met with Sayers and Desjarlais. The group discussed terms of compromise, and according to Zouboules, the former CPSSA social committee director, “[The CPSSA said they] would not want to move this conference forward without the support of the NSU.”

Boyd was contacted by the Martlet but did not return requests for comment.

Dejarlais explained that the NSU was given “intervener status,” which means that the NSU could reject the project if the CPSSA did not follow through with their agreed-upon mandates.

Compromising mandates included that the CPSSA was to hold the conference at the Songhees Wellness Centre, to prioritize indigenous catering, and to include NSU representation in the decision-making process moving forward.

Sayers was elected as an indigenous representative to sit on the conference’s planning committee.

On Dec. 1, the committee met without Sayers to discuss the conference, and members voted eight to four in favour of continuing with the event. Sayers was not informed of the meeting until two CPSSA members contacted him the following day.

“A few [CPSSA] members were uneasy [at] the fact I wasn’t there,” said Sayers. “They told me about some of the problems with the [CPSSA] and [that] they [were] thinking about resigning.”

Speaking with the Martlet, Zouboules explained she was surprised at Sayers’ absence at the Dec. 1 meeting. “That to me was kind of the last straw  . . . I resigned because I felt it was the only way to prevent further harm.”

Erickson also resigned from her position as CPSSA Academic Chair the first week of December.

Other compromises agreed upon by the NSU and CPSSA were also broken. According to Zouboules, the conference was not going to be held at the Songhees Wellness Centre. Desjarlais added that the NSU requested an apology from the CPSSA honouring UVic’s indigenous students, and did not receive one.

“It just seemed that [CPSSA] as a whole wasn’t ready to contribute to rebuilding relationships [with the NSU],” said Sayers.

According to Sayers, the CPSSA planned to hold a meeting on Dec. 8 to finalize whether to proceed with the conference without the NSU. The CPSSA released an online statement regarding their final decision five days later on Dec. 13: “Students and student groups at the University of Victoria remain divided over a variety of issues related to the conference . . . We believe not moving forward with the conference will be in the best interests of the student body at the University of Victoria, and for students visiting from other universities (the national delegates).” The full statement was posted on the group’s Facebook page.

The CPSSA apologized to students who have already registered for the conference and explains that anyone registered will receive a refund before Dec. 18.

The UVSS was unable to comment on the conference as they had withdrawn support for the event, according to UVSS Chairperson Brontë Renwick-Shields.

Zoubles added, “I want to very publicly say that I have made a mistake.”

The CPSSA will release further information in the new year about an event that will take place in 2016.