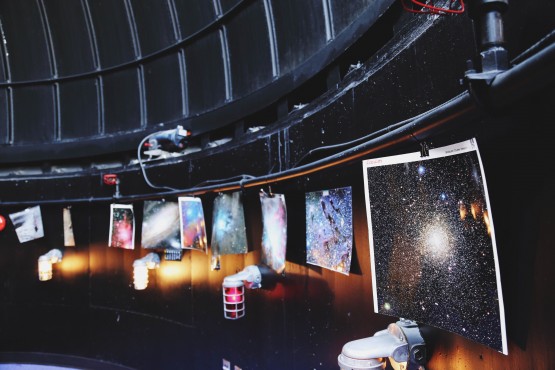 A group of students at the University of Victoria are determined to change the way we study the stars.

The Committee for Upgrading the Learning Telescopes (CULT) may be a small, relatively new group at UVic, but they have big plans for the university’s astronomy department.

“We really enjoyed using [UVic’s two main telescopes] but we thought we could expand their capabilities by a tremendous amount,” says Steve Mairs, who co-founded the committee with Sébastien Lavoie in 2014. CULT has grown steadily since, and now encompasses approximately 20 graduate and undergraduate Astronomy students. 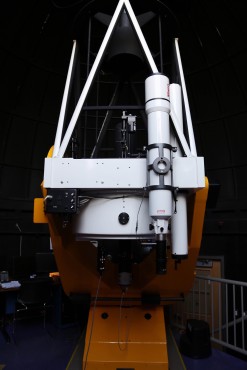 This 32-inch telescope, one of two located at UVic, is housed in the Bob Wright building. Photo by Keshia Keele, Photo Editor.

The group has already made improvements to the familiar smiling 20-inch telescope atop the Elliott building, and they also have ambitions to improve Canada’s largest on-campus telescope, the 32-inch model atop the Bob Wright building. “[CULT] is trying to make the dome completely automated, so in theory we could push a button at the beginning of the night and the telescope will observe on its own,” said Mairs. “If it detects any rain, we would have rain sensors installed to immediately close the dome and send us a text message.”

The committee recently helped to organize the transfer of a spectrograph from UBC. “It’s this amazing scientific instrument that acts like a prism and can split up light that we get from space . . . [allowing us] to study the composition of stars and dust, and tell you what space is made of,” said Mairs. “We’re working on fitting it to the back of the [Bob Wright] telescope to give us a wide new array of scientific capability.”

One of CULT’s main objectives is to improve the public’s experience of UVic Astronomy.  “Our short term goal is to be fully capable of enhancing the public’s experience when they come up here for open house nights and when they visit the department, so we can have more capability to teach them about constellations and how our Earth came to be,” said Mairs. He also revealed that CULT’s reach extends beyond UVic’s rooftop telescopes to encompass some of the university’s forgotten technology. “We’re refurbishing old telescopes that haven’t been touched since the early 1990s and making them completely available for public outreach and open house nights.”

Despite all their progress, Mairs admitted that CULT has run into its fair share of problems. “Funding is always a really big challenge. The technology that we’re trying to integrate . . . has to come from somewhere. Right now we’ve been making very makeshift solutions to some of these big problems because we lack any kind of funding whatsoever.” 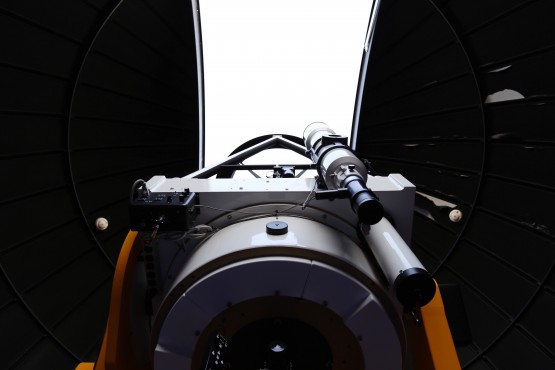 Zack Draper, a PhD student in Astronomy involved in CULT, described some of the other challenges the team is facing in their work on the Bob Wright telescope. “The telescope computer and the camera computer don’t communicate with each other . . . [but] we’re working on software fixes.” Draper also acknowledged that the telescope is lacking a filter wheel, a part that enables astronomers to block out or highlight certain colours. However, he still has plenty of optimism in CULT’s future, saying, “We’d ultimately like to recruit more people to help out and drive up awareness . . . so that we can have fully functioning telescopes which students can easily use to conduct class projects or even [develop] publishable research projects.”