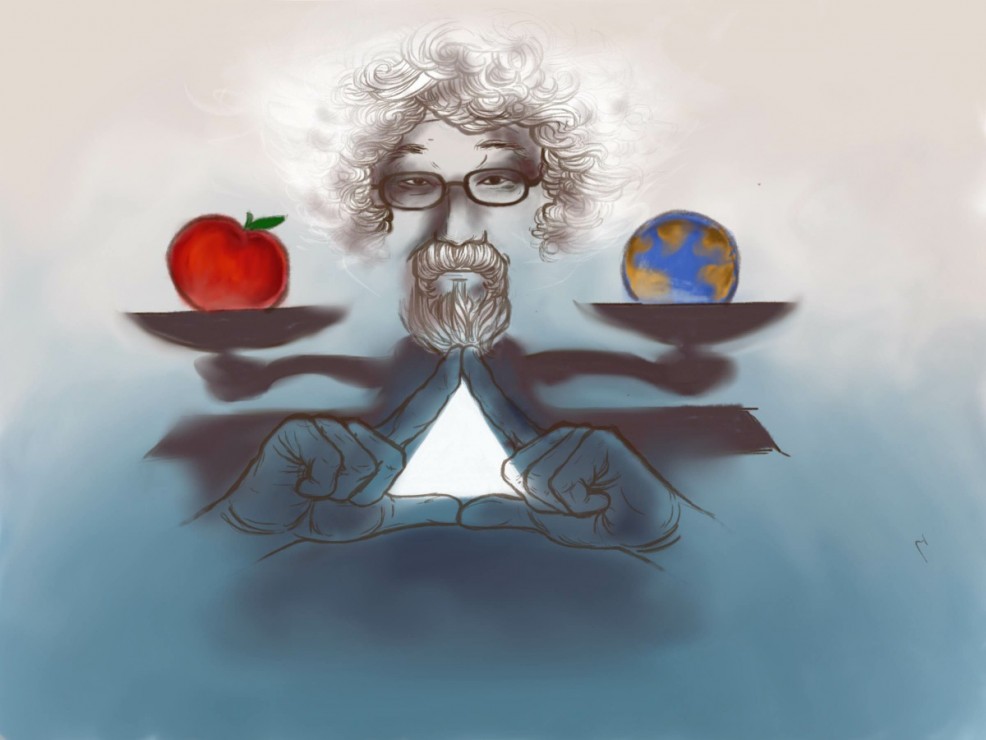 The David Suzuki virtual classroom got off to a bit of a late start on Oct. 6 as over a dozen spectators waited patiently at Cinecenta to hear his insights. Suzuki was lecturing on sustainable food production as part of a panel that included co-author of The 100 Mile Diet J.B. MacKinnon, and food justice expert Utcha Sawyers.

After a few technical difficulties, Cinecenta projectionist John Ho came to the rescue, tuning the crowd into the international classroom hosted by The Undergraduates of Political Science (UPS). UPS took donations at the door to fund their trip to the Canadian Political Science Students’ Association conference next year, which will focus on sustainability and energy. UVic students tuned in as questions were being taken from a live audience and from students around the world via Twitter and live video feeds. Questions touched on broad aspects of how countries are managing their food systems and whether or not these practices are sustainable and ecologically friendly.

“How much water is being used in agriculture,” asked Ming, a girl from Winnipeg via live video, “and how does it affect our water use?”

One of Australia’s major exports is rice, Suzuki explained, despite the fact that it is a water-intensive crop, and Australia has significant water shortages. Canada has more water per capita than anywhere else on earth, yet there are 1000 boil-water advisories every day. Suzuki mentioned that major industries have the attitude that “the solution to pollution is dilution.” Fracking uses enormous amounts of water which is sent underground, contaminated, and consequently must be left there forever. Suzuki concluded that we need to start using water in ways that make ecological sense.

Amelia, a member of the live audience, then asked if it would make a difference to take the one-stop-shop big-box stores out of the equation when it came to buying our food.

MacKinnon gave an economic answer, citing that twice as much money stays in the economy when food is purchased at a farmers market compared to a big box store. Sawyers added that purchasing the non-local food of grocery giants perpetuates problems with transport costs and the mistreatment of global farm labourers.

Britt from Niagara College in Ontario wanted to know if human populations are simply getting too big to be supported by the earth’s resources. Suzuki explained that population impacts are not just based on numbers, but on levels of consumption. Rich countries, such as Canada and the U.S., over-consume, and our economies are utterly dependant on that fact. However, Suzuki continued that it is too early to start talking about population control of any kind.

The virtual classroom allowed schools around the world to participate in a lecture that would otherwise be reserved for a lucky few. Suzuki will be treating high schools across Canada with another virtual classroom in partnership with the National Film Board of Canada on Nov. 1 and 2.