Dawn Pemberton and the roots of Vancouver soul

With all the indie rock and EDM emanating from the musical hotbed that is the Canadian West Coast, it’s easy to forget that the coast is also fertile ground for genres that often go overlooked in this part of the world. Dawn Pemberton is out here holding it down and doing much of the heavy lifting these days for straight-up soul music on the coast. With her recent win for Urban Record of the Year at the Western Canadian Music Awards (for her 2014 album Say Somethin’), it would seem more people, thankfully, are starting to take notice. 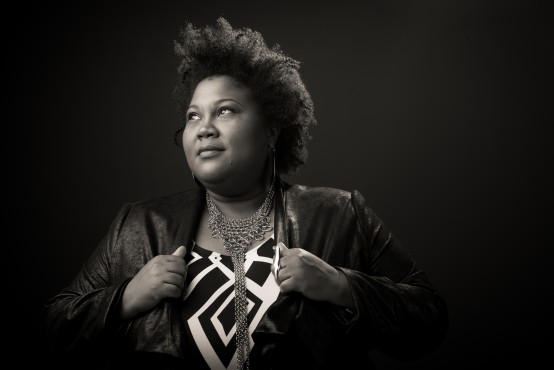 “It was really beautiful and super humbling. It felt really great, yeah. It’s kind of weird to win an award for art, right? It’s this one snapshot in time that people connected to your art or you as a person and they liked it,” says Pemberton, speaking from home in Vancouver. “The cool thing about winning that award for me is that I get to be a funk and soul advocate here — there is soul music in Canada. There are people of colour in Canada. We are here and making music and it’s music for everybody. To have a category with enough groups of people making that music says something. There are tons of artists in Victoria and Vancouver, in B.C., who are doing it. The award lets them know, ‘We’re here . . . amidst the sea of indie musicians. We’re here and still floating.’”

In terms of how musical genres are defined, “urban” has come to be considered music that is hip-hop based, outside of more classic soul and blues sounds. Having a real, jazz-based soul record win in the category is a recognition of the true roots of “urban” music — roots that run deep in this area. “In the early ’50s and ’60s there were a lot soul groups in Vancouver like Jason Hoover and the Epics . . . Soul was alive and well. Part of the reason it disappeared is that the culture and the people who made soul music, Black African-Americans who traveled to this part of the world, left,” Pemberton says, demonstrating her knowledge and respect for the roots of the music.

“One thing we often forget is that soul music is tied to a people and a cultural experience. When that cultural experience gets removed and the people who make it get removed then it changes its function in a society. But people always find things they can identify in soul music, the feeling and raw emotion is human and universal.”

Luckily for all the lovers of good soul music, Pemberton has found a stronghold for the music here, with allies in unlikely places. “I think there are people in this part of the world who love and respect soul music and are trying to honour it and do it justice,” she said — people like the good folks of Garden City Grooves, who are bringing Pemberton to Victoria to showcase her talents at this year’s installment of their annual funk fest.

“I had friends who played last year with Dutch Robinson and I thought “What! There’s a soul and funk festival in Victoria?! Who is putting it on?” I found it puzzling but thought it was so cool. I’m really happy to be part of it and give as much support as I can because it’s something that I want to happen, and be fruitful, and be alive for a long time.”