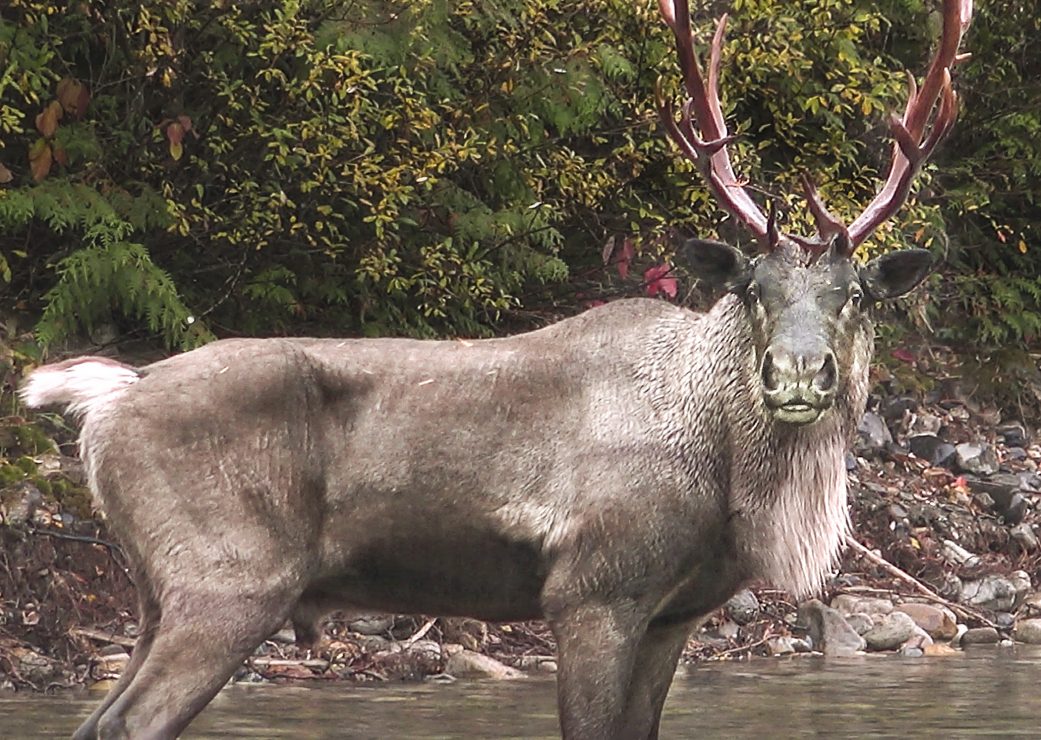 Deep Snow Mountain Caribou, otherwise known as Southern Mountain Caribou, are a subspecies of unique and majestic ungulates that reside primarily in the wet belt forests of British Columbia. However, the group is facing a huge decline, with their population down more than one third, from 1 900 animals to just over 1 200 in less than 15 years.

Chair of the Valhalla Wilderness Society (VWS), Craig Pettitt says the sharp decline in numbers is due to the government’s refusal to slow down logging practices. Deep Snow Mountain Caribou are the only caribou species to travel northwards to mountainous territory during winter, therefore their survival is dependent on the protection of subalpine forests.

Their unique migration patterns, and diet of various lichens — which they can reach high in trees by standing on snow packs of up to five meters deep — make wetland forests the optimal winter home. However, roadways carved into the mountainsides of B.C.’s wetbelt forests by the logging industry have given predators bee-line access to feed on the caribou.

“Habitat is the key,” explains Pettitt. “Caribou need [the] habitat to survive, instead the government is shooting wolves.”

According to the VWS, not only do predators make use of wet belt forest logging roads, snowmobilers and heli-skiers also use these routes, affecting snow packs and frightening the caribou away.

The Canadian Species at Risk Act (SARA) was signed in 2008 as a commitment by the federal government to help prevent the extinction and extirpation of species native to Canada. Under SARA, the Southern Mountain Deep Snow Caribou sub-type is listed as “threatened.”

In 2008, the government launched an initial recovery plan to stop the decline of all Deep Snow Caribou herds and start restoration. Despite this, according to the VWS, the devastating downward turn of the caribou’s numbers is proof that protection has been insufficient.

“That recovery plan failed. In that time, four or five herds went extinct; they weren’t able to stop the decline,” says Pettitt.

In reports from October 2021, the B.C. Government identified that 14 of the 21 designated herds of Southern Mountain Caribou are either currently declining or extirpated, with only one group having seen any population growth.

After petitions by the VWS and other conservation groups in 2017, the B.C. government reported that they would address the Southern Mountain Caribou’s recovery. A government report from 2020 acknowledged that Southern Mountain Caribou face an imminent threat to their survival and outlined that they would take immediate action in support of their conservation.

Among strategies listed in the report are habitat management, habitat restoration, population management, maternity pens and conservation breeding, and predator management (which the government details as “wolf control”).

Wolf control or culling, says Pettitt, is not a sustainable strategy for long-term recovery. Explaining that “[wolves] are known to take weaker and diseased animals,” Pettitt says that caribou populations in fact fare better and are stronger with wolves present.

The VWS do not believe enough efforts are in place to enact “habitat restoration,” claiming that BC Timber has plans to log within one half kilometer of known caribou territory. Though the government claims to be communicating with First Nations communities to put habitat protection in place, Pettitt says that Deep Snow Caribou numbers will continue to decline. While negotiations occur, so does forestry. Pettitt says activists dub this approach “talk-and-log.”

Canada’s Minister of Environment and Climate Change, Steven Guilbeault, released a statement to the press, stating that “Canada stepped up to welcome the world for this conference and sees it as an opportunity to rally federal, provincial, territorial, and Indigenous ambition to protect 30 per cent of our lands and waters by 2030.”

However, the VWS labels these actions as “greenwashing.” The VWS remains unconvinced by promises such as 30 per cent by 2030, unless the federal government enforces them through legal orders. Petitt argues that, without clearly-defined mandates, “all these so-called pledges mean nothing, they’re PR.”

Pettitt urges students to take action by writing to the Minister of Environment and Minister of Forestry, and by contacting their local government officials and MLAs.

“We need a landslide of people writing letters and being on various MLAs’ cases across the province.” He insists, “We’ve been too long, talking and logging.”