Demonstrators give pipeline expansions the thumbs down 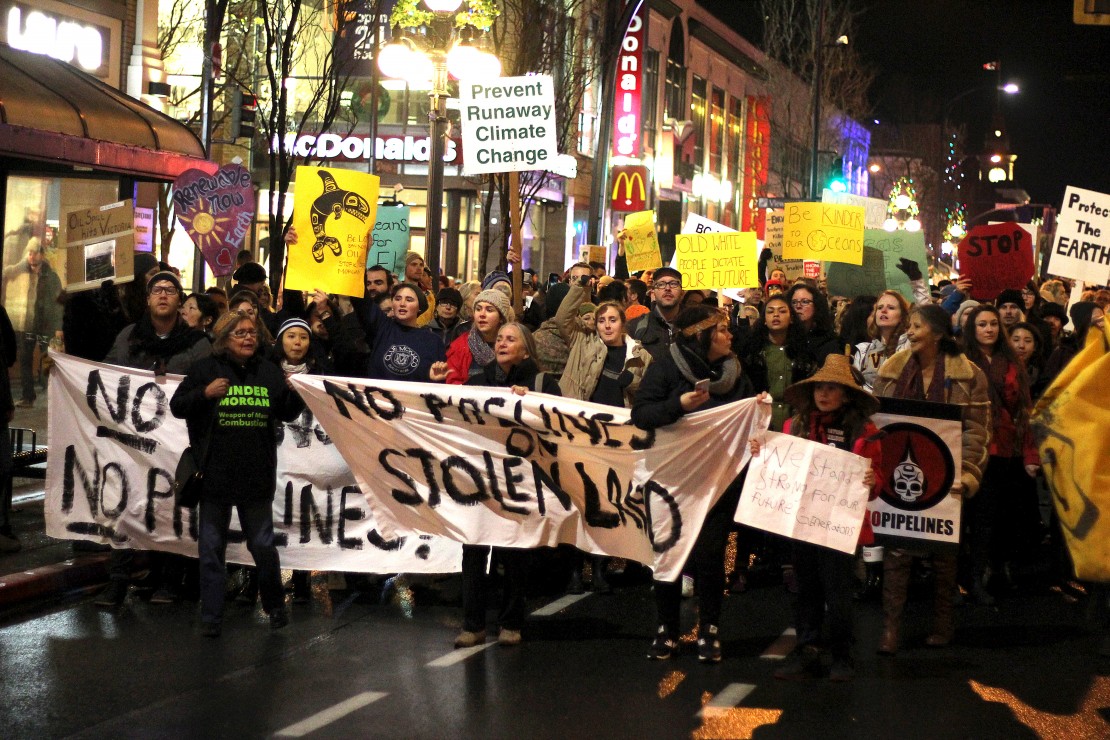 Demonstrators made it clear to Justin Trudeau that “no still means no” when it comes to pipelines on Dec. 1. Photo by Myles Sauer, Editor-in-Chief

More than 1000 people braved the cold of downtown Victoria on Thursday, Dec. 1, to stand in solidarity with Standing Rock and voice their opposition to the federal gov- ernment’s approval of the Kinder Morgan Trans Mountain expansion project.

Those in favour of pipeline expansions point to Canada’s flagging economy, arguing that expansion will create more jobs and help bring Canada’s resources to market. Those against say the government failed to properly consult with Indigenous nations or consider the project’s environmental ramifications. It was the latter group that took to the streets, parading past Christmas decorations and police car lights alike.

The demonstration was organized by the Social Environmental Alliance, the Indigenous Solidarity Working Group, Turning the Tide, Leap Victoria, the Victoria Council of Canadians, Greenpeace Victoria and Divest Victoria. Demonstrators marched from the Greater Victoria Public Library to the legislature, denouncing a project they saw as a threat to First Nations land, B.C.’s environmental health, and the global climate.

Many of the protesters held signs expressing solidarity with the Standing Rock Sioux Reservation, a Native American community in North Dakota currently fighting the construction of a pipeline through their territory. Others called out Prime Minister Justin Trudeau directly, condemning his approval of pipelines to be built through “stolen land.”

The pipeline was approved two days prior with an announcement that also saw Trudeau reject the Northern Gateway pipeline. It would see an already existing pipeline doubled in size, expanding its capacity by several hundred thousand barrels of oil per day.

Representing environmental advocacy groups and Indigenous communities, with some having just returned from North Dakota and Standing Rock, activists made clear their willingness to dig in and battle any pipeline expansion in B.C.

“It is appalling that we have to put so much energy into simply holding the line,” she said, “when we urgently need to be building and transitioning into the post-carbon future.”

While Kinder Morgan’s approval is a setback, Vernon said, demonstrators shouldn’t forget that Northern Gateway was rejected. “Don’t let the Kinder Morgan approval deny you the chance to celebrate the end of Enbridge,” she said. “This victory is huge.”

Dawna Ambers, a fourth-generation residential school survivor and member of the Greater Victoria Coalition to End Homelessness Speaker’s Bureau, said that protecting the ocean “is a sacred duty that’s been passed down for generations to our people,” and that seeing so many turn out for the demonstration was encouraging.

“I’d like to speak to the allies right now and say thank you so much for being here and standing with our people,” she said. “This country is beautiful . . . my people are beautiful people.”

More photos below. All photos by Myles Sauer, Editor-in-Chief 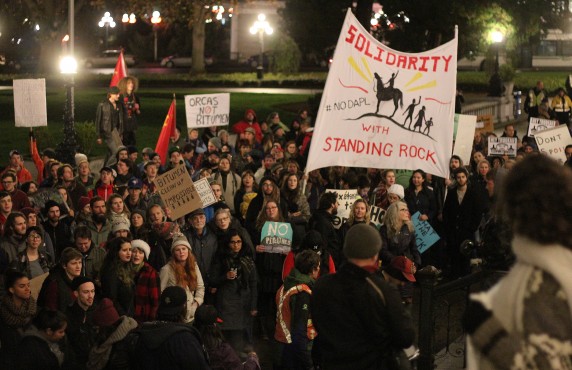 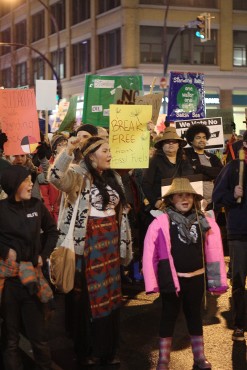 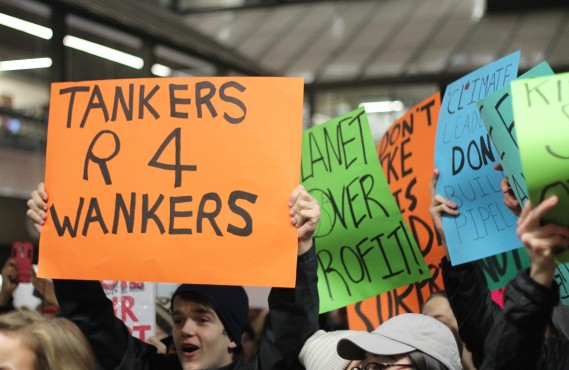 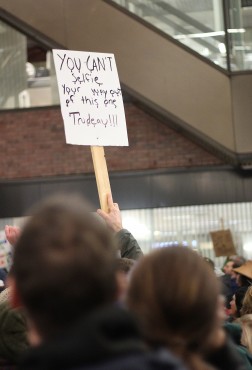