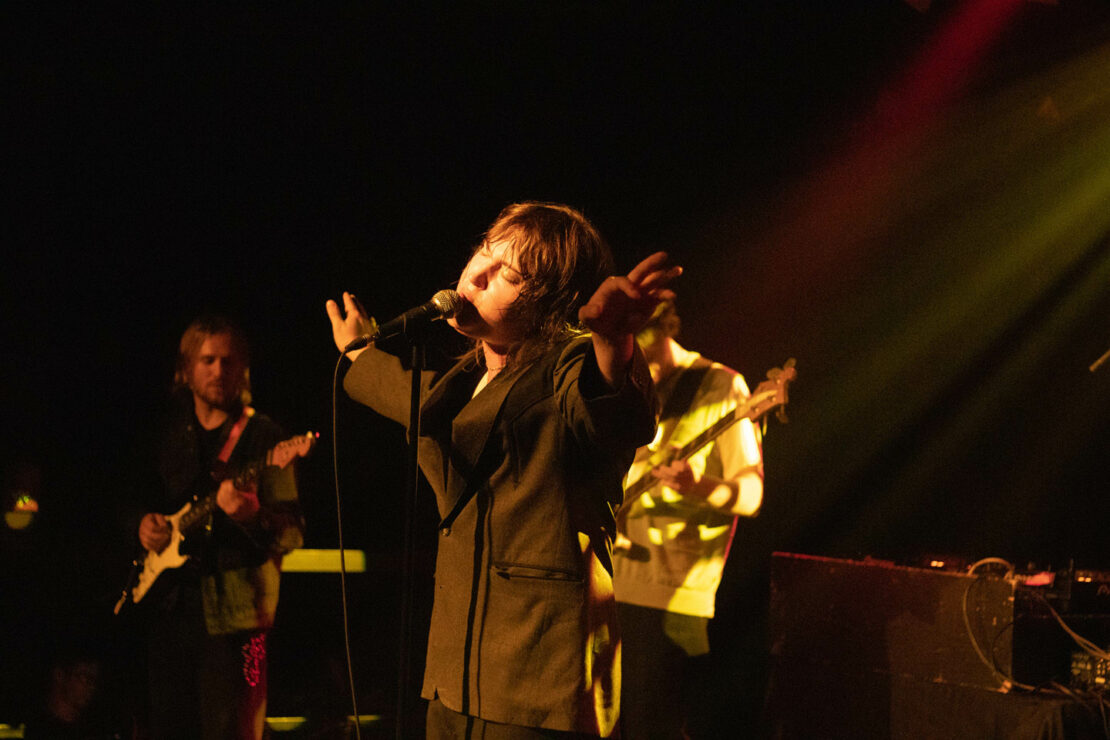 The irony of Diamond Cafe’s popularity as a funk pop musician in Victoria is that it stems from an ethos of individualism and an early career rejection of the cookie cutter path towards musical success.

Tristan Thompson, the man behind the artist moniker Diamond Cafe, is set on doing his own thing, and is carving himself out a bold niche in the Vic music scene in the process.

“I was always … really trying to find my own sound,” Thompson said in an interview.

In 2014, as a teen, the Victoria local was picked up by Toronto-based Chatter Records and set on the path of a new radio pop prodigy. He started posting Top 40 cover songs on Youtube and received increasing attention as a young artist. Thompson created two albums under the label.

“It was really cool in the beginning,” he said. “They wrote all the songs for me, so I just pretty much had to learn all the lyrics.”

As Thompson navigated the world of radio pop music for the masses, he found himself spending time in his room, trying to find his own, more alternative sound. And thus was the genesis of Diamond Cafe.

“Around 2016 we were working on the second album … I started listening to more independent music … and I found that I really just loved synthesizer pop and funk music,” said Thompson. “And I was like, ‘This is what I should be doing.’”

“In the end I always wanted to be a songwriter.”

Chatter Records rejected the songs that Thompson started bringing to them, and they dropped him shortly after he played a festival with a setlist of his own original, unapproved songs — songs that Thompson claims they thought were too “overtly sexual.”

Since then, Diamond Cafe has made music unencumbered by a need for recognition. Thompson combines powerful performance with admirable individualism.

Thompson said that he relies heavily on his ear throughout the recording and producing processes. He concedes that he is no expert when it comes to getting technical in the studio.

“Man, to be honest, I don’t even know what I’m doing still to this day,” said Thompson. “What you’re hearing is me learning how to record and write music.”

Although writing, recording, and producing is a relatively solitary process for Diamond Cafe, live performance requires a crew of musicians who can bring it. Filling out the ranks of a funk pop band in Vic is an impressive feat since, as Thompson says, “there’s not a lot of funk pop musicians in Victoria.”

The people Thompson performs music with are always changing. “A lot of the musicians I have are more or less hired guns,” he said — lethal weapons in the rhythmically charged world of West Coast funk.

Discussing performance and practice, it becomes clear why Thompson’s recording style is so blasé: performing is the real pursuit for Diamond Cafe. Thompson’s band can practice for up to six hours a day in preparation for a show.

Rehearsing, Thompson says, is crucial to the success of Diamond Cafe and no doubt it pays off in dividends. Diamond Cafe has had the opportunity to perform with artists such as Zack Fox and Kenny Beats and fill venues such as the Capital Ballroom with his local shows.

“I like performing way better than the recording process,” he said. “You’re basically feeding off each other when you’re playing the songs live. If you’re giving [the fans] a good performance, they’re going to remember that for the rest of their lives.”

As an artist exploring a genre with little foundation in Victoria, live performance has been a proving ground for the validity of funk pop in Victoria.

“That’s what happens when you put in the work like we do for rehearsals and stuff. It shows, and people want to keep coming back,” said Thompson.

Thompson certainly feels the implications of the pursuit of what pessimists might call a funk pop pipedream. It’s not uncommon to find Diamond Cafe on punk or alt-rock bills and one can imagine that pulling the crowd into his RnB-tinted frame could be an uphill battle.

“I feel like I don’t really have a group of people that make the same type of music as me,” said the musician.

All said, Thompson has found strong support in Victoria, as he continues to deliver engaging live shows. It is clear that he holds gratitude for the local reception his career has received thus far.

“I just wanted to bring that music to Victoria and the fans, the people embraced it,” he said.

Looking towards the near-future, Diamond Cafe is planning a steady stream of “singles, for now.” Singles, Thompson says, provide him more creative freedom. The creative spectrum of EPs or albums, he argues, is somewhat limited by the necessity of a cohesive theme.

As a true performing artist of a genre with seemingly little traction in the Vic music scene, Diamond Cafe’s local success is proving a point. Individualism and commitment to quality is a strength when leveraged properly.