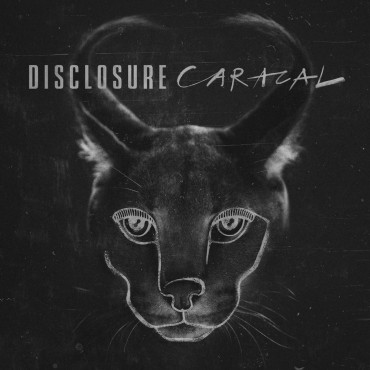 Caracal was released on Sept. 25, and features a bevy of guest artists. Photo provided.

Disclosure’s story is an unlikely one. Two brothers, Howard and Guy Lawrence, break into Top 40 radio, dominating the airwaves with a song called “Latch” that rewrites the soundscape of mainstream music and simultaneously skyrockets the career of a deft crooner named Sam Smith. What’s strangest of all is that they hail from the historic English town of Reigate. If you’ve heard of Reigate, you’re ahead of most people. The town, comprised of just over twenty-thousand people, boasts a medieval castle, now in ruins, memorialized only by a dry moat and underground catacombs — it’s that kind of place. For a settlement so entrenched in its own history, it’s almost paradoxical that Reigate is the birthplace of two young lads who create the most cutting-edge dance music in the world. Indeed, Disclosure’s new album Caracal is sonically immaculate.

Caracal, like Disclosure’s first album, Settle, is undeniably an exercise in sonic perfection, but with a more ambitious goal: pop takeover. For example, take the album’s first single — and perhaps its best song — “Holding On.” Gregory Porter’s full-bodied vocals echo and glimmer over a backdrop of twitching hi-hat, crisp mechanical handclaps, and stuttering synths. Porter’s lyrics mirror the erratic nature of the instrumental framework as he delivers short, repeated phrases. The song works for the same reasons “Latch” did: the masterful tension-and-release (two minutes of buildup until the beat drops,) an ascent in the vocalist’s register leading up to said drop, and sophisticated knowledge of precisely when to include each instrumental layer.

Whereas Settle was mostly steeped in house music, Caracal is informed by pop sensibility. Disclosure’s instrumental cache remains similar, but the hooks are stickier, the songs are more melodic and lyrical, and the scale of the features is greater. The Weeknd’s voice is the first one we hear on the album with the nearly-seven-minute opener, “Nocturnal.” Lorde, Miguel, and Sam Smith comprise the remainder of the star-studded lineup, as well as less-known acts such as LION BABE, Kwabs, Nao, and Jordan Rakei.

“Magnets” is a mid-album highlight as Lorde demonstrates her song-writing prowess. “Pretty girls don’t know the things that I know,” she whisper-sings as she tries stealing a guy away from his girl on the dance floor. It’s a measured step in a new direction for Disclosure: the tempo is down, and the chorus is a heavy stomper unlike anything from Settle. Similarly explorative is the album closer, “Masterpiece,” a downtempo, R&B-infused track that rolls in like a tidal wave. Singer Jordan Rakei channels Justin Timberlake circa FutureSex/LoveSounds; plinking strings, swirling synth, and wah-wah bass anticipate the giant release of the chorus, which employs lush synth blasts, two vocal lines, drawn-out cymbal crashes and increased syllabic speed from Rakei. It’s the perfect conclusion to a near-perfect album.

Purists will dismiss Caracal as the juncture at which Disclosure “sold out” and “went mainstream,” terms that are loaded with untoward negative connotations. Crossing over to the mainstream is often seen as a cop-out — a sacrifice of artistic integrity and effort for the purpose of monetary gain. However, with Caracal, Disclosure makes this shift bold, ambitious, and worthwhile — it’s more of a mission statement. Disclosure took the world by storm with “Latch,” and with Caracal, they aim only to broaden their appeal — for the bloggers, the clubrats, the EDM-heads, and everyone’s mom.