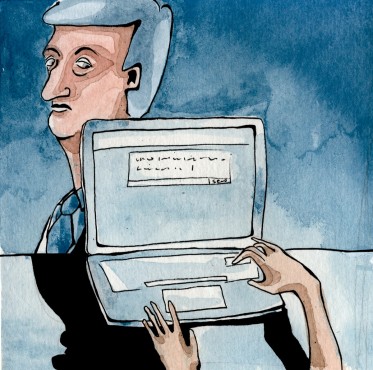 Elizabeth May called it an “act to create a new secret police.” The Conservatives call it Bill C-51. The Liberals played it safe (or just wimped out on committing to anything altogether) and called it a good idea in theory and, as long as they’re elected, something they will amend and improve. The NDP still don’t know what to call it. But what do we call it? Freedom from fear? Or fear-stained freedom?

“These measures are designed to help authorities stop planned attacks, get threats off our streets, criminalize the promotion of terrorism, and prevent terrorists from travelling and recruiting others,” said Stephen Harper in prepared remarks. Simple, right? But, there is a fear, a founded one, that our government might monitor us like in an Orwellian dystopia. The fear of terrorism doesn’t worry the Canadian public day to day since the probability is so remote. But, a person’s potential reluctance to use the Internet to its fullest extent is a much more personal and tangible fear—more of a shared loss. It’s also a crucial civil liberty. Which, then, is more important to us as everyday citizens?

Bill C-51 gives CSIS the power to combat terror attacks instead of merely monitoring them. The bill’s problems lie within the opaque language regarding potential threats—perhaps an intentional choice by the authors. “Activity that undermines the security of Canada” can be interpreted in a multitude of ways; C-51 provides government agencies with the authority to broadly use powers that are usually reserved for the gravest of national threats. In some cases, the use of such powers appear to be politically motivated. Just this week, the Globe and Mail described how the RCMP described anti-petroleum protesters as possible terrorists in an intelligence assessment because the movement is seen as “increasingly militant.”

Herein lies the problem with C-51’s vagueness. It’s obvious that there are some activities that CSIS should monitor and there is no doubt that real threats exist from enemies foreign and domestic. However, the government has too much leeway to define the term ‘threat’ or ‘terrorist,’ to the extent that exercising one’s right to protest could be construed by interpreters of C-51 as a threat to “the security of Canada.” That is a far reach from this bill’s stated purpose.

So, lets not discriminate against what a terrorist is, people. It could be you! It could be anybody! What’s your search history? One bad Internet search and suddenly you always get “randomly” searched at the airport.

Tighter security could mean fewer civil freedoms. A country built on freedom should never convince its citizens they are free. The old mentality of ‘us’ versus ‘them’ is lame, especially when Canada’s economy relies heavily on immigration. This projection of fear is manipulation, and manipulation is one of the oldest tools in the political book.