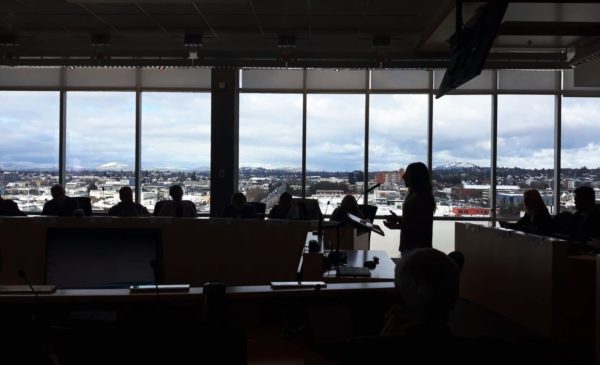 In case you didn’t get the memo (on p. 3), the Capital Regional District (CRD) Board of Directors voted on Feb. 13 to declare a “Climate Emergency,” joining the 297 other local government bodies around the world that have already taken this measure.

But what does a Climate Emergency mean? What will the CRD do differently now that an emergency has been declared?

It’s generally accepted by most scientists, individuals, and fact-based research around the world that we’re all gonna be in serious trouble as early as 2030 if we don’t change soon. Last October, the UN announced that if humanity can’t get its act together and collectively reduce carbon emissions by 45 per cent in the next 12 years, the planet will reach a critical level of irreversible climate catastrophe.

This, we’d say, is a pretty clear climate emergency. By defining it as such, cities around the world aim to hold themselves to taking action on this issue. As of January, Vancouver and Halifax were the first and second Canadian cities, respectively, to make this declaration.

One of the goals of the CRD’s resolution is to become carbon neutral by 2030 — a tall task. At the meeting, discussion and debate arose over the definition of carbon neutrality. Some directors wondered if carbon neutrality included taking into consideration carbon offsetting. Although Lisa Helps, Victoria Mayor and a member of the CRD board, said that it did not, concrete ways of achieving carbon neutrality were not clarified at this meeting.

If we all remain vigilant of what our local leaders are doing, we may be able to add some teeth to this resolution.

Some CRD board members were understandably cautious when considering the motion to declare a Climate Emergency. A few Martlet staff members that were present noted a tangible uneasiness throughout room.

How committed is the CRD to actually achieving this? WIll they take action or just let the declaration slip away with the news cycle?

We are in the middle of a climate emergency, and people want to do something about it. Many of us just don’t know how, or don’t want to act alone, or feel that our contribution won’t matter in the big picture.

We need our leaders to, well, take the lead. We need them to help us, to implement legislation and regulations, and put money and services into transforming the way our communities operate. Constituents have a part to play as well: we need to cooperate with legislation put forward that will lead to reductions in our carbon footprint — even if it means making some personal sacrifices — and hopefully sooner rather than later.

“If we don’t have an aspiration, we’re never going to get anywhere,” said Helps at the board meeting.

The truth is, just because the CRD Board declared a climate emergency, it doesn’t mean we’ll be carbon-neutral by 2030. Unless CRD constituents are holding the Board of Directors and their respective municipalities accountable, little will come of this important declaration. But if we all remain vigilant of what our local leaders are doing, we may be able to add some teeth to this resolution.

And in the meantime, we must continue being our own leaders.