EDITORIAL: Fake news has real consequences for media and the masses 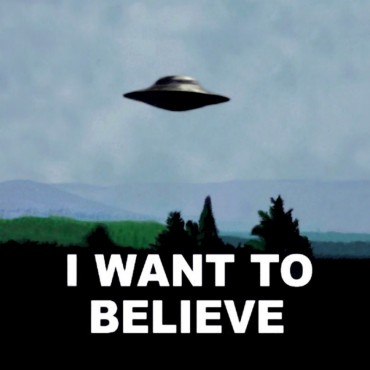 The Pope endorsed Donald Trump. An FBI agent investigating Hillary Clinton’s private email server was discovered dead in an apparent murder-suicide. And busloads of professional protesters were dropped off mere blocks away from an anti-Trump protest site in Austin, Texas.

These are but a few of the election news stories that got traction on social media, especially on Facebook. But they all have one thing in common: none of them were real. The first two stories were peddled by WTOE 5 News and the Denver Guardian, respectively—fake news websites masquerading as real news sources. And the third was the result of an errant tweet sent into the ether with no consideration for fact-checking or evidence.

All three stories and their explosive popularity are a foreboding sign of how Facebook and other social media platforms are ceding ground to the growing economy of false information. Despite websites like snopes.com and fakenewswatch.com, misinformation on the internet is spreading faster than the wildfires currently raging in southern New Mexico which have displaced over 50 000 families in just three days.

Besides completely made up stories, fake news can manifest through the twisting of statistics. Breitbart, an openly right-wing (and misogynistic, and homophobic, and…) news site ran a story that said Trump had actually won the popular vote—if you discounted the 50 counties who voted most heavily for Clinton. The article included a handy—and very red—electoral map which showed Trump’s support in the heartland of America. The graphic was completely made up, but it was shared over 30 000 times on Facebook, and Laura Ingraham, rumoured to be the next press secretary of the White House, tweeted it to the tune of 3500 retweets.

So how does something so blatantly false get shared so widely that it polarizes an entire country? Algorithms. Social media sites are designed to show what you want to see. Do pro-Trump or pro-Clinton articles piss you off? Chances are Facebook will ensure that you won’t see them as often, which creates a disparity in the type of news people consume in the first place, whether it’s fake or not. With a lack of differing opinions comes a lack of healthy skepticism.

Facebook and Google are slowly starting to wise up to the proliferation of fake news. The former has outlined plans to make reporting fake news easier, as well as potentially adding warnings to suspect articles, while the latter has said they’ll prohibit fake news sites from making ad revenue through their search engine.

But the role of Facebook and Google in curbing the tide of fake news, or propaganda, or whatever people want to call it, can only take us so far. It’s up to readers to be vigilant and scrutinize their news sources before they click the ‘share’ button. If a news article seems fishy, check where it’s coming from. Are they a reputable source? Read the date of publication. Is it current? And have things developed since?

The internet has provided us with a glut of information, but accessibility shouldn’t get in the way of responsibility. Still unsure? A quick check to fakenewswatch.com will tell you if your source is legit. If you don’t want to read fake news, stop sharing fake news.

Also, we made up that bit about the fires in New Mexico. Trust no one, folks!