EDITORIAL: It’s better to break walls than build them up 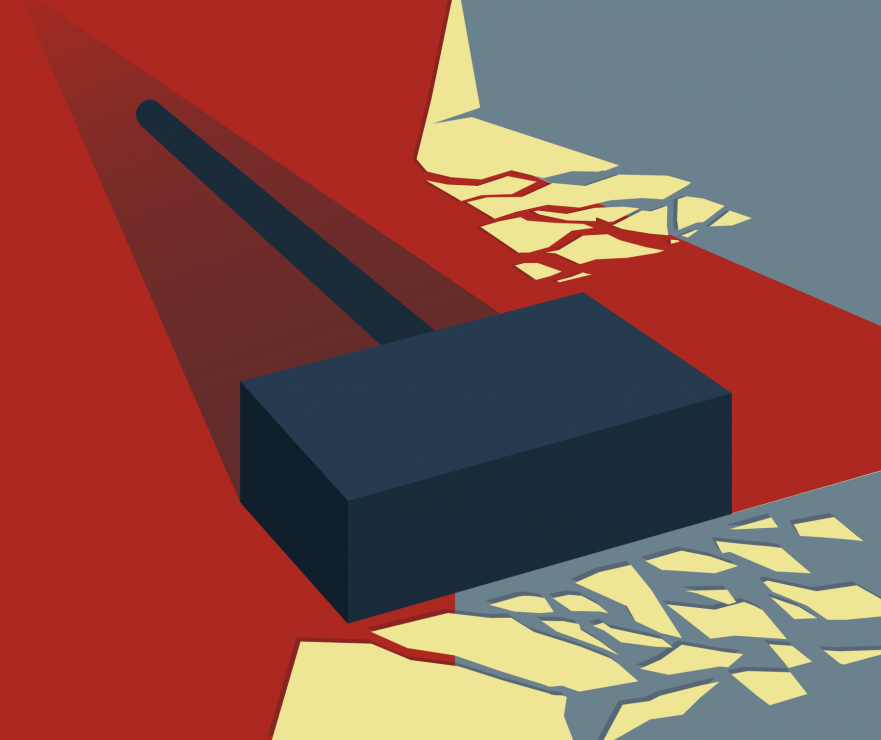 On June 23, the United Kingdom voted to leave the European Union in the Brexit referendum, a landmark decision that sent shockwaves throughout the world, and has left an entire nation in the midst of an identity crisis.

Many Leave voters based their decision on the premise — albeit a shaky one — that doing so would close UK borders to those that they consider undesirables and criminals, ie. immigrants. And now that the Leave side came out the victor, some have seen it as a free ticket to harass those immigrants with abandon.

Indeed, such virulent forms of nationalism culminated in one individual losing their life: Jo Cox, a member of the Labour party in the UK parliament, was shot and stabbed to death by 52-year-old Tommy Mair, who allegedly shouted “Britain first” before killing her, a politician known for her support and compassion towards refugees and other humanitarian causes. It’s an extreme but tragic reminder of what happens when personal politics are built around a fear of some undefinable other.

But this anti-immigrant (and in many cases anti-Muslim) sentiment is hardly isolated to the UK. One need only look at the situation south of our border to see the political discourse shifting away from the value of globalization and cooperation towards a call for isolationism, which has led to the rise of demagogues such as Donald Trump. When Omar Mateen’s name first made headlines in the wake of the Pulse shooting in Orlando, Florida, it wasn’t long before the terms “terrorist,” “Muslim,” and “radical Islam” were used as a way to rationalize his actions, which itself was a deflection from the real issue of gun control in the United States (but we digress).

This is no mistake: by painting Mateen’s actions as representative of the entire Muslim community, it makes it easier for anti-Muslim rhetoric to flourish. Trump hammered his anti-immigration stance the day after the Orlando shooting, saying that “It will be easier to deal with our current problem if we don’t keep on bringing in people that add to the problem.” This sentiment repeats itself, over and over, in the United States and the United Kingdom alike, making those nations feel not so united after all. And it happens because a sizeable portion of the populace allows and supports it.

That anti-immigrant attitude has threatened to make its way into Canada, as well. On June 21, a white woman in London, Ontario assaulted a Muslim woman — punching, spitting, and pulling her hijab in front of her infant child. And while the police were cautious to jump to the conclusion that it was a hate crime, it’s easy to see parallels between what took place in that grocery store and what’s taken place in the UK post-Brexit.

But, aside from isolated incidents, Canada offers a lesson in what to do when extremist violence threatens your nation’s security. According to a study cited in a Vox article dated July 1, “only 27 percent of those surveyed in Canada agreed that immigration represented more of a problem than an opportunity.” So rather than close our borders when things got heated in Syria, Canadians opened their homes, bringing in 10 265 privately sponsored refugees as of July 10. And we’re now on track to accept 280 000–305 000 permanent residents, including 57 000 refugees from other countries, by year’s end, according to the Guardian.

All this is thanks in part to a federal government that has for years triumphed the value of acceptance, tolerance, and multiculturalism. Doing so has had a measurable effect on its citizens. It’s not all rosy, of course; there will always be those who can’t get with the program and choose to lash out instead. But for the most part, Canada teaches a lesson other Western nations would do well to learn themselves: it’s better to break the walls down than build them back up.

Correction — July 15: A previous version of this article stated that Canada was on track to accept 280 000–305 000 new refugees by year’s end according to the Guardian. In fact, that number reflects the number of new permanent residents Canada will accept, 57 000 of which are refugees. We have edited the article to reflect this and regret the error.

Correction — July 20: We’ve added a sentence to clarify the specific number of privately sponsored Syrian refugees brought in by Canadians since Nov. 4, 2015 so as to not imply that 57 000 all came from Syria.