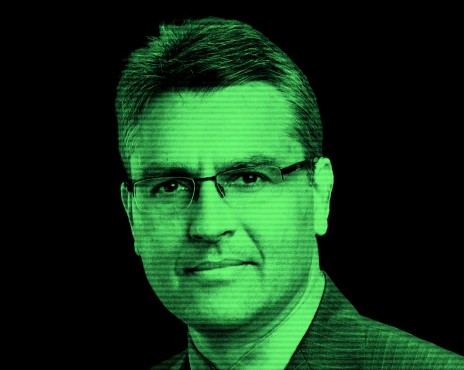 Oh, did you hear about this? Just a fun, local story about the Mayor of Saanich. No, not anything good. No, not crack. He lied about an extramarital affair, then accused the police of putting spyware on his computer. That’s right; he thinks the police are trying to take him down and that they bugged his office computers. Maybe he had been watching Citizenfour (the documentary about Edward Snowden and the NSA) when the police came and found him mid-affair. That movie would make anyone paranoid.

First off, can we refrain from using the word “scandal”? It’s becoming too fashionable for mayors to be involved in scandals. You can’t have an affair and then get paranoid about spyware that you believe is on your computer. You’re a techie, and as far as “scandals” go, this one is pretty nerdy. This whole incident garners nothing but eye-rolls from your electorate. Eye-rolls and, well, maybe a little guilt too.

After all, it is our democracy, and with 35 per cent of voters shuffling to the polls in November it is our mess. Sure, the turnout was up from 25 per cent in 2011, largely due to more polling stations, but the fact that Atwell won with 50.98 per cent must tell us something, right? The incumbent, Frank Leonard, had been mayor for 18 years and lost by a margin of 1062 votes. Atwell’s campaign slogan was “It’s Time For Change” and focused mostly on what Leonard was doing wrong.

So what does this mean for Saanich? Well, Atwell has been asked to step down from the Saanich Police Board—a board that he chairs, but they can’t forcibly remove him. It’s hard to not let this taint a reputation. However, what is more troubling is the thought that this incident may harm the working relationships of the Mayor and his council, halting any progress and stunting our city. Councillor Susan Brice, who was re-elected this year, expressed concern with Atwell, stating that, “I am not pleased to have diversions from our work.” Apparently, she, like us citizens, does not want this paranoia getting in the way of progress. Atwell is spending as little time as possible at the offices due to the spyware, and using a private email account, which will frustrate Freedom of Information requests and keep public business away from public scrutiny.

It looks like this is your time to shine, Atwell. An affair isn’t great, but it’s not something to get booted from office for. But, claiming the police is spying on you and not going into your office is when issues around you doing your job come into question. Time will tell if those allegations hold true or not. One thing is for sure, Atwell makes the pro-amalgamation-lobbyist’s job a lot easier.