EDITORIAL: UVic has failed its duty to students if child care cuts go ahead 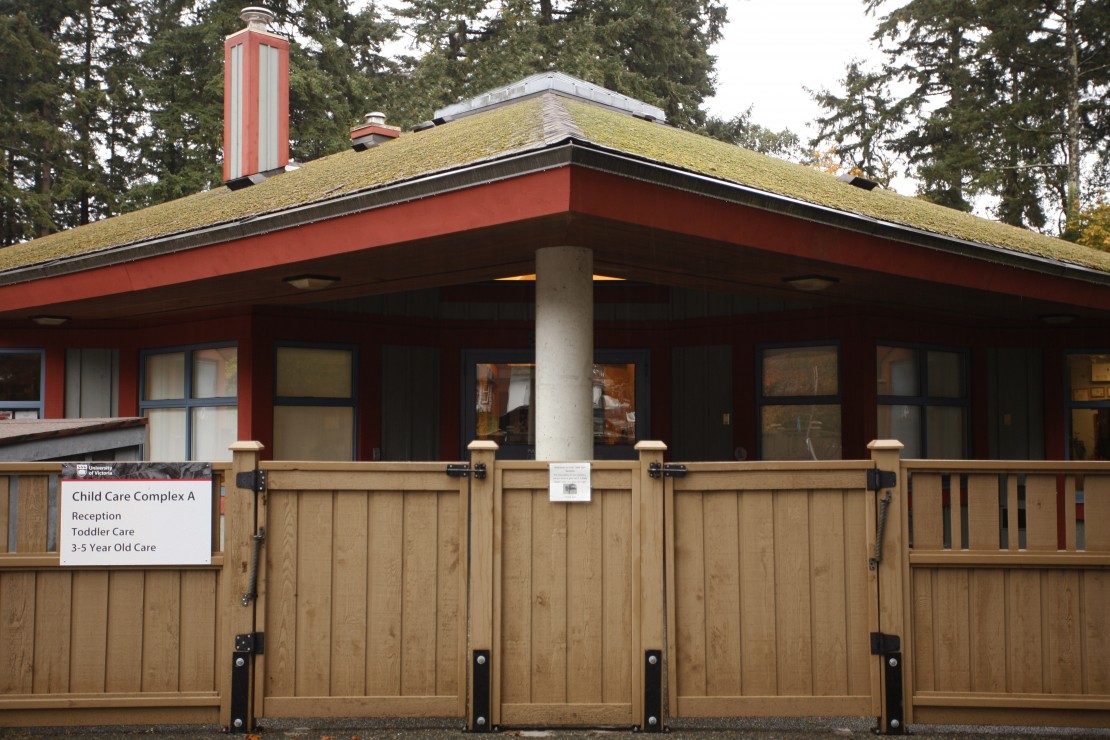 “You’ll have to excuse me,” said Jamie Cassels with a smirk at his latest President’s Campus Update on Oct. 5, “but I’m going to use some ‘Edge’ language here.”

The audience giggled. The “Edge” that Cassels was referring to was UVic Edge, a mix of an advertising campaign and marketing/communication strategy that UVic has been using since 2015. It’s been the subject of some ridicule — mostly by us — making fun of its vague and designed-by-committee language (“it’s a concept — not a tagline” reads the UVic Edge Voice Guideline). And it appears as though that even the administration knows it can sound a bit stupid sometimes.

But a slight bit of self-awareness aside, UVic is investing a lot of time and resources into UVic Edge in an effort to raise the university’s national and international profile. Before the campus update began, administration members fawned over a photo of a 29-foot-long UVic Edge advertisement in a Toronto airport, and Cassels spoke at length about how the advertising campaign would raise UVic’s reputation to be more in line with its perceived quality. Fair enough.

But perhaps Cassels and university administration should spend a little bit more time focusing on the students that are already on campus, and that have problems right here, right now, that aren’t being addressed — specifically, the lack of sufficient child care on campus.

UVic announced this summer that they would be closing the After School Care (ASC) program as part of an overall “renewal” of the child care facilities, much to the chagrin of parents who also study at UVic and rely on the program. When the issue was brought up at the campus update, Cassels was dismissive, saying it wasn’t the time or place to talk about it, but did mention that the issue was one of resource allocation.

Here’s a suggestion from us (and it’s free, too, so don’t worry too much about pulling funds from your lovely ad campaign to hear it): If you want to increase the reputation of your university, treat the people who are already at your university better. Instead of spending goodness knows how many millions of dollars trying to find people who might pay your ever-rising tuition costs in the future, focus on the people who are already struggling to pay them right now while simultaneously raising kids.

If UVic aims to meet the goals of its own strategic plan, which includes being “a diverse, welcoming learning community, with a demonstrated commitment to equity and fairness,” and striving to “actively recruit and retain outstanding students from diverse regions and backgrounds and remove barriers to admission and retention other than academic and creative potential” (emphasis our own), then it needs to reconsider axing the ASC program. If it doesn’t, 48 kids will lose their after-school program next June, and about that many families will be affected by the changes. Those parents will lose sleep, cut costs of their own to find alternative child care solutions, and will ultimately be disadvantaged by the university. It speaks volumes to the university’s priorities when they brag about a poster in an airport while simultaneously disadvantaging a set of parents without even conducting a proper consultation (allegedly) in the first place.

If there’s any way to spin that with Edge language, we’d love to hear it.