The multi-million-dollar question: Why should anyone care about student politics? 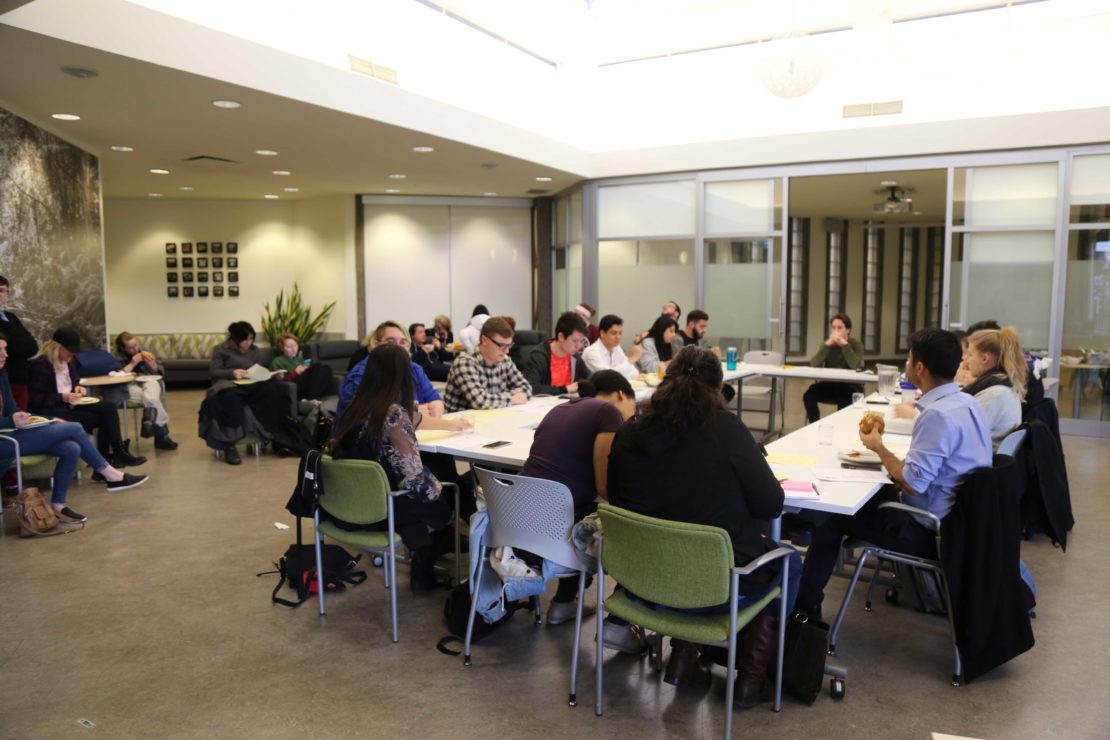 With University of Victoria Student Society (UVSS) elections right around the corner, you might be wondering what the point is in caring about the UVSS or student politics in general. After all, the UVSS is only a $14 million-a-year organization run primarily by students in their late teens and early twenties who control the health coverage, advocacy rights, clubs, and puppy playtime for every undergraduate student on campus.

Here’s a quick rundown on how to know your DaLs from your LDs, and other UVSS-related bits of information you didn’t think you needed to ever know or care about.

What stake do students have in UVSS politics, and why should I care?

Even if you’ve never set foot in the Student Union Building (SUB), if you’re an undergraduate student at UVic, the UVSS undoubtedly has some influence on your time at UVic.  All full-time undergraduate students pay $74.35 per semester (that’s $148.70 per year) for services offered by the UVSS, not including the health and dental plan (which is also controlled by the UVSS).

Ever seen a movie at Cinecenta? That’s run and was recently renovated by the UVSS. Enjoyed Campus Kickoff or Puppy Playtime? Both UVSS events. Taken the shuttle from campus to the ferries? Another UVSS initiative. Participated in any clubs, course unions, or advocacy groups on campus? You guessed it. These words you’re reading right now? Written by someone and printed on pages that were both partially funded by UVSS student fees.

Decisions made by student representatives on the Board of Directors directly impact the resources and opportunities available for students on campus. That’s why you should care.

But who are the UVSS Board of Directors?

The Board of Directors are the collective of elected student representatives that govern the University of Victoria Students’ Society (UVSS). This collective is made up of:

These are paid positions, funded through part of the $26.60 of the student fee allocated to SUB operations, maintenance, administration staff, and the board of directors.

And the Director of International Relations:

When are UVSS Board Meetings, and why bother caring what goes on there?

Usually every other Monday during the fall and spring semesters, and less frequently during the summer, the UVSS holds meetings at 6 p.m. in either the SUB Upper Lounge or Vertigo.

Board meetings are open to the public, aside from the portion of the meeting at the end that is held in camera (which is board members only, for legal reasons). Most of the time, the gallery will contain a lone Martlet reporter and occasionally a student or two — but on nights when controversial policies are up for discussion, a few dozen members of the university community may be in attendance.

Mostly, board members vote on updates to policy, projects, and check with updates on the work they’ve been doing to further various UVSS initiatives. Angelblazer, who chairs the meeting, makes liberal use of his gavel (a birthday gift and recent addition to the board) which can be quite comedic.

If you can’t make the meetings or just want the highlights, follow along with the Martlet’s live Twitter coverage and Tweetcaps of each meeting.

What’s an AGM or SAGM?

But for any proposed motions to be voted on, the UVSS must overcome what seems to be their greatest hurdle — making students care enough to show up and participate in student politics. Even with free pizza and the promise of door prizes, this has proven to be a continued challenge.

At the AGM in 2018, quorum lasted for about five minutes. At the 2018 SAGM, quorum was achieved for the first time in five years — but lost within 30 minutes.

AGM and SAGM  agendas are published in the Martlet prior to the meeting (something they’ve unsuccessfully attempted to strike from policy for years).

What are UVSS elections?

Every year in late February or early March, 17 students are elected to fill LD and DaL positions on the new board, as well as the international student position.

It’s just like any other type of election, with political parties and debates and stickers — except parties for local governments are called ‘slates’, the debates are scantily attended, and the stickers you get for voting aren’t nearly as nice. UVic students are still waiting for the petting zoo one elected former board representative promised during the 2017 campaign.

Only one slate and two independents ran in the 2018 election. The slate system, along with the allegedly “toxic” nature of these elections according to some (candidates received anonymous death threats in 2016), have both drawn recent criticism.

In 2018, the election ran a $26 000 deficit. 11.8 per cent of students voted for student representatives, while 18.2 voted on the referenda questions that are also part of the elections.

Three LDs ran unopposed in the 2018 elections, and all DaLs were acclaimed. Every member of the current board, excluding advocacy representatives, were on the Envision UVic slate.

Now that you’re familiar with the wild world of UVic student politics, you might find yourself wondering what you’re supposed to do with your newfound understanding and — although this might be pushing it — passion. All undergraduate students can make their voice heard voting in the upcoming UVSS elections (March 6-8).

If you’re really revved up, you can even run for elections yourself. Nominations are open until the morning of Monday, Feb. 11.

To find out about how governance works at an institutional university level — specifically the UVic Senate and Board of Governors — check out our piece here.