The landscape of graduate education will be getting a makeover in the coming year, as the Senate approved the proposal to establish a Faculty of Graduate Studies (FGS) Council on Friday, April 1.

The decision comes after almost a year of consultation and overwhelming support from both the Faculty of Graduate Studies and the Senate.

According to a memorandum from the Graduate Studies department, the council will replace the current FGS governance system with a central body that includes representatives from each “faculty, school, department or program, as appropriate.” The current system involves  a meeting of the entire regular faculty membership 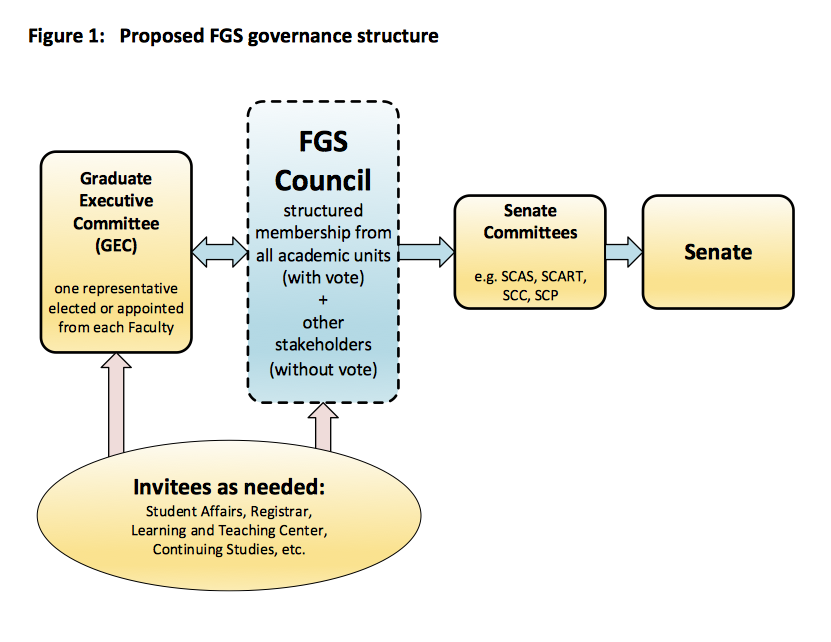 The proposed structure is in response to the changing needs of the university, which in recent years has become more research-intensive. As well, the memorandum says that FGS faculty meeting attendance was often “low” and “unpredictable”; a council structure would remedy that while also bringing UVic in line with other Canadian universities.

President Jamie Cassels praised the proposal for being “an opportunity to increase and enhance communications between FGS, the Dean [of Graduate Studies’] office, and academic units,” as well as expanding the voice of graduate students in governance.

Student senator Cory Shankman echoed that sentiment, saying the proposal looked “excellent” and acknowledging the fact that graduate students had 12 per cent of the voice in the broader group.

The motion to approve the proposal carried with overwhelming support, but the Senate did not lay out a timeline for the council’s establishment.

UPDATE April 18: David Capson, Dean of Graduate Studies, told the Martlet that the council will be activated in Fall 2016.