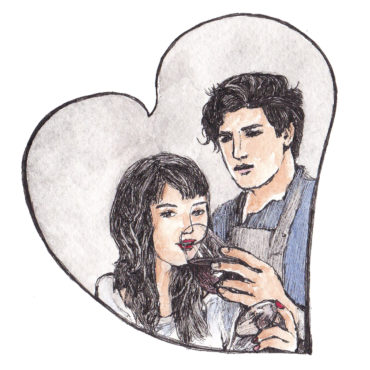 Loving someone in 2019 is hands down the most courageous thing you could possibly do. In a culture where marriage is often treated as a sport, people who institutionalize their love for the right reasons are increasingly hard to find. More often than not, it seems like people do it because it’s trendy.

According to Vancouver-based family lawyer M.J. O’Nions, divorce after three years of marriage is on the rise. But it doesn’t take a marriage counsellor to realize that three years — as well as being a year past the beginning of most common-law in BC — is right around the time passion and lust dwindles in the banal day-to-day tasks. Three years is also around the time that couples who work at it come out together, and the ones whose hearts and futures don’t align fall apart.

Some sociologists will say the divorce rate for young couples is falling; that sounds great, but young divorce is contingent on young people popping the question. The fact that Statistics Canada no longer collects stats marriage and divorce speaks volumes to how difficult the state of a relationship is to keep track of. Half the people I talk to don’t know what the hell’s going on, so how the hell should the government?

I think most of us can agree that student loans and working three part-time jobs to chip a cube off your iceberg of debt have acted as a fire extinguisher to the spark that is young marriage.

If it doesn’t fit, being strong is staying, but being stronger is leaving before you throw yourself a $30 thousand party to celebrate indecision and insecurity.

The average Canadian wedding costs over $30 000. That should be enough of a clue that starting — or ending — relationships are often done for the wrong reasons.

Have enough pride and respect for yourself and the other person involved to do it for the right reasons, and make sure you’re on the same page. Be forthcoming. Lust and physical attractiveness can shine like a fishing lure twirling with the tide in the depths of loneliness, but try remembering that feeling lonely has nothing to do with being alone.

Fad marriage needs to stop. Vows aren’t disposable Bic lighters. If the person makes you so miserable that you need to leave after a year, you or your partner probably have bigger personal issues that need to be addressed.

Even after mistakes, heartbreak, and letting empathy get the better of me, love and pain are still the only things I’m sure of in this world; the colour and shape of that love should fit your life — and yours alone — first. And if it doesn’t fit, being strong is staying, but being stronger is leaving before you throw yourself a $30 thousand party to celebrate indecision and insecurity.