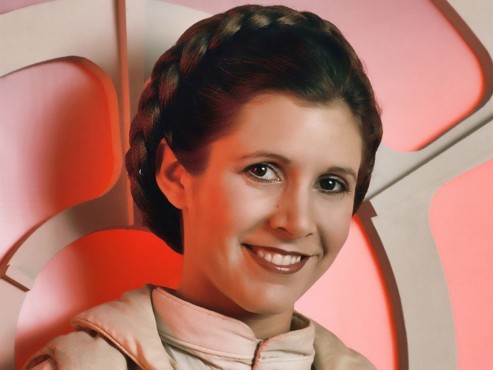 Recently, Fan Expo Vancouver—not to be confused with Fan Expo Canada which will be happening in Toronto—released just a few of the names of the celebrity guests who will be attending this year’s convention. Already, the list is quite impressive.

The convention, which will be happening Apr. 3–5, is a celebration of all sorts of nerdisms. From fantasy to sci-fi, Star Wars to Star Trek, attendees can expect to meet some of their favourite writers, creators, and actors, as well as get photos with and autographs from them. Last year boasted an impressive lineup of guests such as Stan Lee and Tom Felton, and so far this year’s list is no less impressive.

The Walking Dead (TWD) fans have always had a place in the hearts of the Fan Expo booking agents, seeing as every year actors from the hit TV series are welcomed to our fair city with open arms. Last year many fans were disappointed when crowd favourite Norman Reedus, who plays the lovable hillbilly Daryl Dixon, had to cancel last minute. This year, the shortlist of guests includes three actors from the television series. Chad Coleman, who played Tyreese Williams on TWD and Dennis “Cutty” Wise on The Wire, will be joined by fellow TWD alumni Scott Wilson and Sarah Wayne Callies (Hershel Greene and Lori Grimes).

Fans of the locally filmed TV series Arrow will be happy to know that Fan Expo has finally read all your comments in their suggestion box. Series star Stephen Amell, who plays Oliver Queen, will be joined by everyone’s favourite villain-turned-kind-of-good-guy-but-not-really, John Barrowman (Malcolm Merlyn).

Barrowman has also appeared on Doctor Who and its spin-off Torchwood, where he played Captain Jack Harkness. Joining him from the Doctor Who-verse is everyone’s favourite (or at least she should be) companion, Karen Gillan who played Amy Pond. Gillan has recently added a Marvel title to her resumé, playing the space assassin Nebula in Guardians of the Galaxy.

Speaking of space, no Fan Expo is complete without a sci-fi nostalgia bomb. This year it comes in the form of Lance Henriksen, who boasts an impressive list of sci-fi titles. He is best-known for his roles as Detective Hal Vukovich in The Terminator and Bishop in Aliens and AVP: Alien vs. Predator.

Another nostalgia bomb that no one expected is Shannen Doherty, who is best known as Brenda from Beverly Hills 90210, Prue Halliwell from Charmed, and Rene from the cult-classic Kevin Smith film, Mallrats.

Now we get to the big battle, Star Wars vs. Star Trek. Well, luckily Fan Expo has made it so you don’t have to choose. Trekkies and Star Warriors unite, because both fandoms will be catered to.

Appearing Saturday only is the original Captain Kirk, William Shatner. He will be joined by the memorable Brent Spiner who played Data in Star Trek: The Next Generation.

Also headlining is my personal favourite Disney princess, Princess Leia. Carrie Fisher, who played Leia in the original Star Wars trilogy (remember that bronze bikini?) has just been announced as a guest. So far she is listed as attending all three days.

This list is by no means complete, as April draws closer more and more guests will be announced. My suggestion: keep your eyes out and get your tickets early!