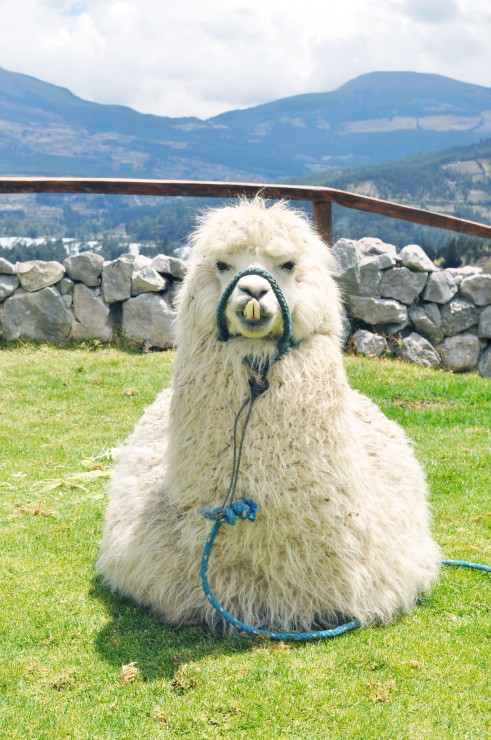 For those of us who are always daydreaming about exploring somewhere new, a semester abroad is a no-brainer: experiencing new cultures, trying new foods, meeting new people, and perhaps most importantly, getting to travel while earning university credits? What’s not to love?

UVic boasts of having “active partnership agreements with over 300 post-secondary institutions worldwide,” giving students the opportunity to decide between destinations in Brazil, France, Korea, or Thailand for their next (academic) adventure. Many departments also offer more specific study abroad opportunities, such as field schools.

In my case, I chose to study Spanish in Ecuador. The Hispanic Studies department offers two study abroad locations for Spanish students: Cuenca, Ecuador (for those students completing Spanish 100B or 149) or Alcalá, Spain (for students completing Spanish 250B or 249). As I had only completed beginner-level Spanish (and was running out of semesters in which to study abroad), my choice was simple.

I spent three months in southern Ecuador, earning enough UVic credits to complete a Certificate in Language Proficiency in Spanish. As there were only four of us in the program, we had small, intimate classes tailored to our specific needs. Through the University of Cuenca’s “tandem” program, we were partnered with local students who quickly became close friends. We explored nearly every weekend—sometimes close to home and sometimes across the country. While Ecuador uses the American dollar, food, bus tickets, and accommodations are still very affordable. (Ice cream can almost always be found for under 50 cents.)

Returning home, I found myself fluent(ish) in Spanish, with a memory card full of photos and an addiction to plantain chips. While studying abroad and coping with a language barrier can be challenging, I would wholeheartedly recommend studying abroad to anyone interested, and I’m looking forward to returning to Ecuador in the future.

All photos by Sarah Lazin.

The town of Baños is famous for its swing at the edge of the world. It’s also a hub for adventure seekers —rafting, horseback riding, canyoning and puenting (bungee jumping from a bridge) costs barely anything. However, if you’re only in Baños for the weekend, I recommend exploring the ruta de las cascadas and swimming beneath the lesser-known Machay falls (pictured here).

The Pumapungo Museum and Archeological Park is a great way to spend a rainy afternoon in Cuenca. Inside the museum, you will find tsantas (shrunken heads) and outside you will find Incan ruins. Plus, admission is free.

On Tuesdays and Saturdays, the northern town of Otavalo hosts one of the most important markets in the Andes, and perhaps one of the most well-known in South America. Hundreds of vendors sell brightly coloured alpaca blankets and more silver jewelry than anyone could ever need. I was able to visit Quito and Otavalo as a weekend trip from Cuenca without missing any class. 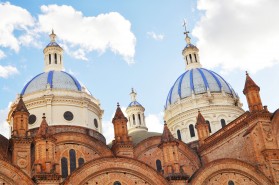 The blue domes of Cuenca’s new cathedral are iconic (and the view from the top isn’t bad either). 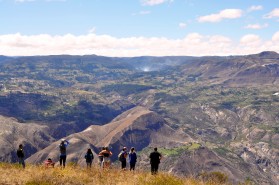 The University of Cuenca organized a number of field trips for our group. On this particular weekend, we searched for the elusive giant condor, sampled local tequila, and visited a family-owned coffee plantation. 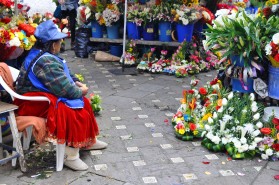 The flower market in Cuenca ranks as one of National Geographic’s top 10 outdoor flower markets in the world. Here you can purchase beautiful bouquets for $2 or $3 or sit and people-watch for hours.

The flower market in Cuenca ranks as one of National Geographic’s top 10 outdoor flower markets in the world. Here you can purchase beautiful bouquets for $2 or $3 or sit and people-watch for hours. 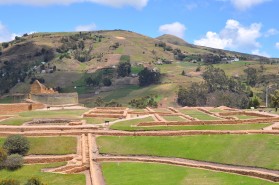 Ingapirca is the largest site of Incan ruins in Ecuador. We visited towards the end of our semester, and realizing we could understand most of what our Spanish-speaking tour guide was saying was immensely satisfying

Cuenca is the (self-declared) best place in South America to try cuy, or, guinea pig. It’s an Andean delicacy that tastes like chicken (or so I’ve been told). 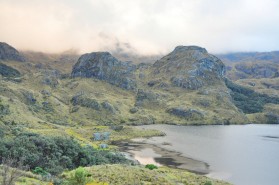 Cajas National Park is about two hours west of Cuenca, and easily accessible by public bus. The landscape is otherworldly and is home to many endangered species of flora and fauna. For $3 per person, you can sleep in a cabin on Lake Toreadora (but be sure to bring extra socks—the cold is unforgiving). 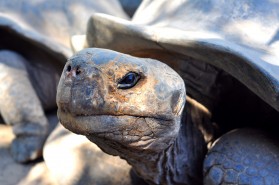 During Cuenca’s November holiday, we were given a week off from classes. A friend and I chose to spend our break in the Galápagos. Think beaches, snorkeling, swimming with sharks, eating the freshest ceviche, drinking rum from a coconut, etc. Pictured here is a giant tortoise at the famous Charles Darwin Research Station. 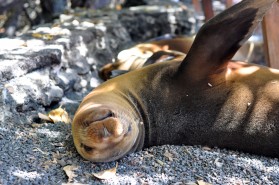