Felicita’s turns up for rap 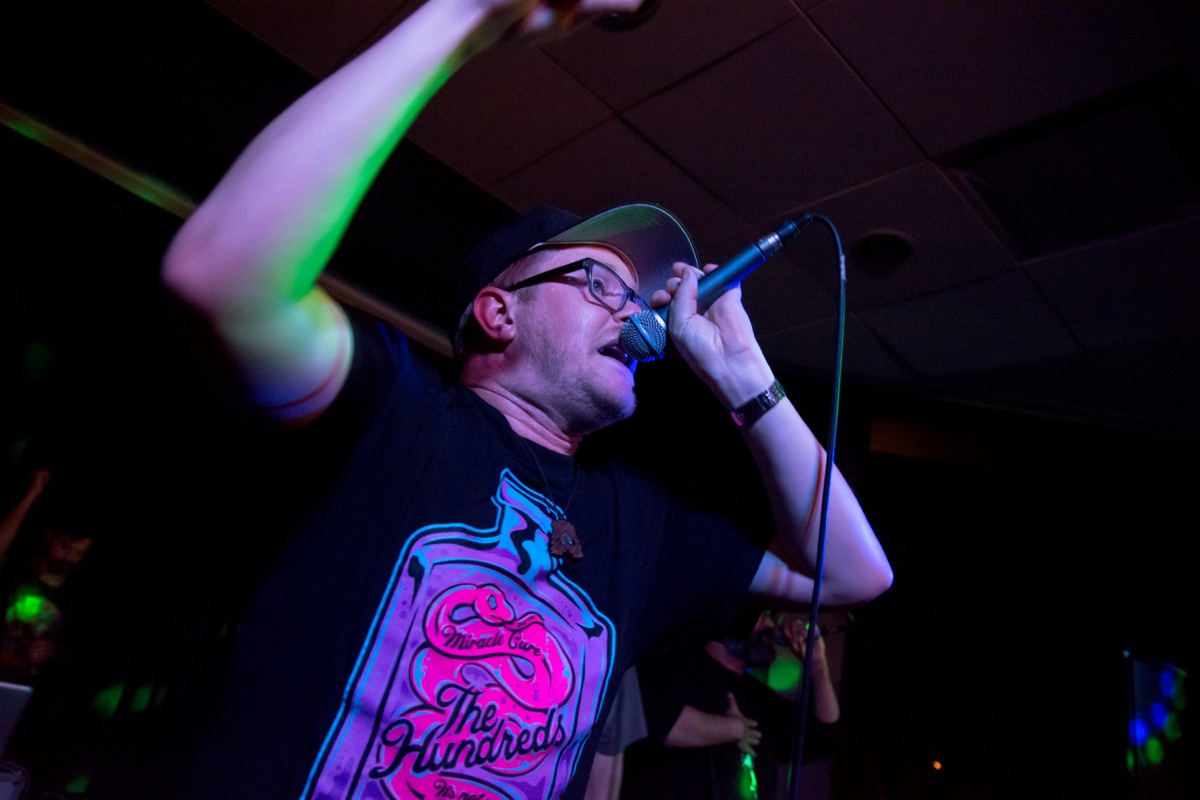 I had no expectations walking into the pub; a humble crowd scattered the dance floor while other patrons sipped on foamy beers. The last memorable hip hop experience for me occurred at Rifflandia when I saw Latyrx perform. The group clawed at deep truths hidden within my subconscious long forgotten. I remembered the importance of self and staying true to whoever that may be.

Downtown Mischief’s song, “Transparency,” was retweeted by Green Party leader Elizabeth May. The lyrics, “Transparency / I wanna see where the money goes,” instantly reminded me about political money shenanigans as well as my own inability to keep track of my finances. Whatever the message means, its relevant enough to be noticed by a political leader.

Talking with Jameo of Downtown Mischief allowed me a deeper understanding of hashing out emotions through music.

“I would like people to listen to my music for my music. If the way I express myself makes people feel some sort of affinity to how they wanna live then that’s a great thing— but I’m not trying to make it that everyone lives the way I do. I’m just trying to be myself,” he said.

When Downtown Mischief’s set ended, I felt jazzed up, fuelled with conscious messages. After a break, Pigeon Hole hit the stage. They sampled the latest electronic hits while rapping on top to create something new. At midnight, the remaining Sweatshop members joined the duo and together, they energized the crowd. Sweatshop Union, although playing to a humble crowd, was worth waiting for.

The energy radiating off Sweatshop was returned to them by the sweaty dance floor inhabitants.The feeling of community between what seemed like 50 people was outstanding to witness. The crowd moved in sync with Sweatshop Union throughout their set; there were many times I couldn’t differentiate between the two.

The politically-minded rap group raised socially conscious questions relating to consumerism, freedom, and other subjects that could be deemed taboo. In the dim light I realized hip hop is another means of expressing yourself. It creates a space for people to be heard and for others to listen—a collective consciousness if you will. Music just happens to be the medium.

I left Felicita’s eager to find other artists who cover culturally relevant issues and remind me to question the questioner. There happens to be many conscious rappers out there. If you are in the mood to expand your own consciousness, give hip hop a try. And to all you writers out there: I suggest listening to hip hop while writing about it; Jurassic 5 is always a classic.