‘Female Viagra’: Waiting for the other pill 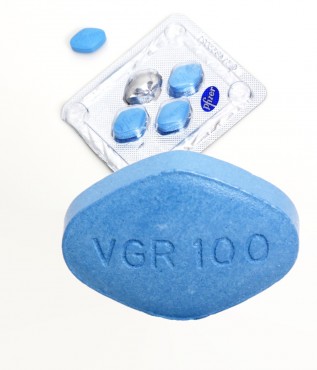 There are currently 24 treatments for men experiencing sexual dysfunction, but since Viagra was introduced in March 1998, there has never been an FDA-approved treatment for depressed female libido. This is surprising, since sexual dysfunction affects almost 50 million women according to an ABC report. Sprout Pharmaceuticals is looking to sell the first such drug aimed at women. Regulatory delays have raised concerns of gender bias, but it might not be that simple.

Flibanserin (which may be known as Girosa on the market) increases libido by balancing the hormones and chemicals in the brain as opposed to the more common vasodilators such as Viagra that merely increase blood flow to the genital area. The FDA has twice rejected flibanserin and requested more information pertaining to one of the drug’s known side effects—sleepiness. The FDA states that they require a driving study in order to properly determine if the drug is safe for use in daily lifestyles.

Women’s groups have suggested that the FDA is holding the drug to a higher standard than its male counterpart, calling it a deliberate delay for a major women’s health issue. The FDA responded by stating that they are only doing their due diligence to make sure that only safe drugs make it to mass market. While it is obvious that there is a women’s health issue here in the form of a lack of options to treat female sexual depression, it is hard to believe that the FDA would delay the mass production of a drug that could benefit many people strictly on a gender bias.

The lack of options available to women to treat sexual depression is utterly shocking and needs to be addressed. Sprout Pharmaceuticals CEO Cindy Whitehead told NPR News that “the treatment paradigm for women with sexual dysfunction has essentially been: Let’s take a drug that works in men and let’s see if it works in women.” However, a 202-person study conducted at the Berman Center and UCLA showed that some post-menopausal women, or those who’ve had a hysterectomy, could also benefit from Viagra. While the lack of a female-focused drug is a major cause for concern, if there is an existing drug aimed at men that is effective for some women, it is hard to see why this cannot be a satisfactory substitute until more rigorous testing has been completed on flibanserin.

The lack of treatment options for women with low sex drives is a women’s health issue. It is easy to assume a gender bias in this case, given the 24 available treatments for men and the immense struggle trying to get a single treatment passed for women. However, it is a stretch to simply blame gender bias when the facts point to issues with the drug’s side effects, one of which is sleepiness, which affects the ability to drive. After two rejections already, one should ask themselves if Sprout Pharmaceuticals is playing into the gender bias in an attempt to prematurely rush approval so they can turn a profit.