Finding beauty in the mundane

It’s 7 p.m. and you are midway through a glass of your favourite Bordeaux when you hear a call. A pod of whales have appeared close to the balcony of your seaside cottage. They play as the sun sets, an orange glow emanating behind their distinctive fins. They are far, but you have just the tool for the job because that very morning, the delivery driver dropped off your latest exotic telephoto, a 400mm f/2.8.

Below you, dozens of spectators have begun to mass, their pocket binoculars and camera phones at the ready. You chuckle softly at their pathetic instruments and continue observing the scene, the wind gently ruffling your Gore-Tex jacket. At that moment, one of the whales breaches, and you click just as a perfectly frozen spray of water trails the silhouetted whale at the height of its arc. As you send this photo off to your editor at the National Geographic, knowing full well it will be a double-truck spread, you finish off that glass and congratulate yourself, for you have done your job well.

I think we’ve all had fantasies about our ideal photo scenario, but often our surroundings fall short of that ideal. However, if you can make an interesting photo of something mundane, it can often surprise. 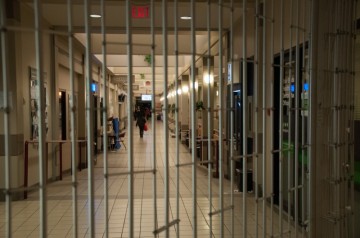 The SSD cites nighttime gate closures in the SUB as barriers to accessibility, as the gates block off a single-occupant accessible washroom and some fire exits.

It was 8:30 p.m. on a Monday night in December, and I was in the Student Union Building for one reason and one reason only: to take a photo of a gate. Not just any gate, though. This particular gate prevents access to accessible washrooms in the evenings. The assignment didn’t seem that exciting, but when I arrived to find the gate partially closed, it got me thinking about whether to focus for the gate or for the people inside the gate. After some deliberation, I chose the former. Then, since I was already on campus, I decided to go for a spontaneous photowalk. 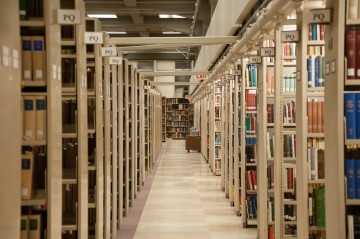 I headed to the centre of student anxiety: the McPherson Library. It’s not the Sistine Chapel, but you’d be surprised at what you will find. Libraries are chock full of leading lines and patterns that seem to go on forever. The curves in the armchairs contrast with the straight lines of the shelves. Brand-new books share shelf space with well-worn classics. The entire building is practically one big photographic exercise. 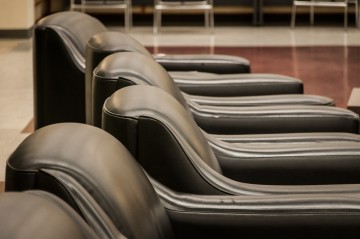 After photographing so many books, I took the time to read a few. I spent about two hours reading old magazines from around the time of my birth and even found a punch card tucked away in a compendium of old issues of Time Magazine. 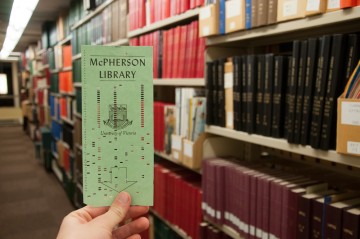 As I left, I walked past a bank of windows that I’ve wanted to photograph for a long time, and now that I finally had a camera with me, I took the opportunity. I remembered to make a mental note of this wall as a potential background, and returned to the scene just a few days later when I had to photograph a cover profiling some UVic students designing a satellite. 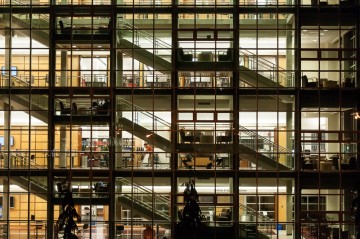 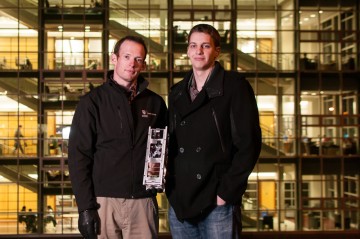 Nigel Syrotuck (left) and Justin Curran pose with an engineering model of a satellite that placed third in a Canada-wide competition.

If you’re tired of photographing flowers and food, go somewhere unexpected. At least you can tell your friends you took a break from photographing your own lunch.