UPDATE — June 26: Victoria police responded to a report of found stolen property in downtown Victoria on the evening of Friday, June 24, according to Saanich police.

An unknown person believed to be a man, dressed all in black, tossed a large object wrapped in blankets at the door of a storefront on the 1300 block of Government Street. A store employee retrieved the item and discovered that it was the stolen carving from UVic.

The art piece appears in good condition and is in the process of being returned to UVic.

ORIGINAL STORY — June 23: The Oak Bay and Saanich police departments are conducting a joint investigation after reports of a breaking and entering at the Fraser Building taking place on Monday, June 13. A valued piece of First Nations artwork was stolen during the break-in. 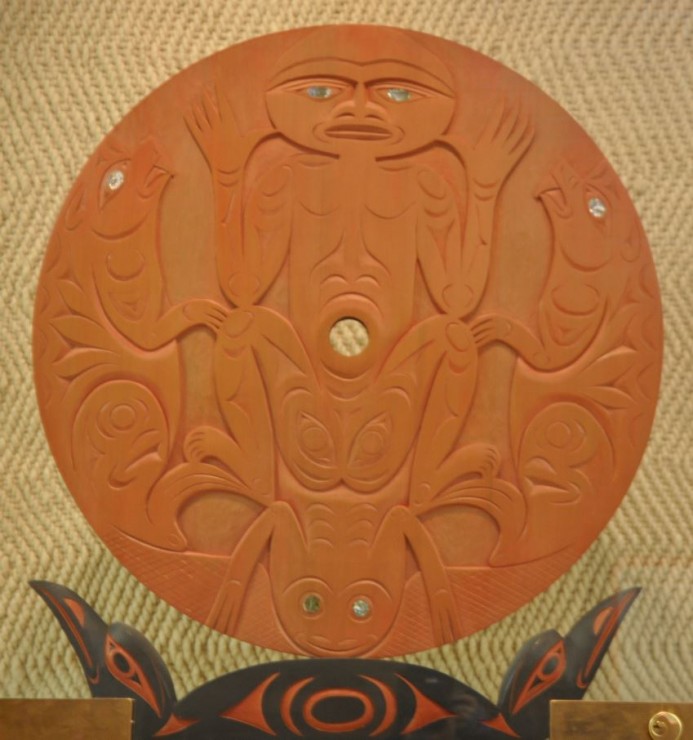 Sul-Sultan was stolen from the Fraser Building on June 13. It is made of carved cedar with inlaid abalone, and sits in a painted carved stand. Photo provided by Saanich PD

Sul-Sultan, pictured above, was created by Tsartlip Coast Salish artist Charles W. Elliott in 1995-96, and was commissioned and owned by the Faculty of Law. Its value is estimated at $10 000.

The full media release from Saanich PD is included below.