From Feb. 28 to March 2, students will be asked by the UVSS to vote on a referendum to increase student contributions to the Food Bank Fund. If passed, fees will rise by 75 cents for full time students and 37 cents for part time students, per semester, starting this fall.

This referendum, like the Food Bank itself, addresses the issue of food insecurity among students

“75 cents to most people is barely anything — it can’t even buy you a cup of coffee,” says  Ages. “But for us that amount is gonna make a huge difference in our funding. 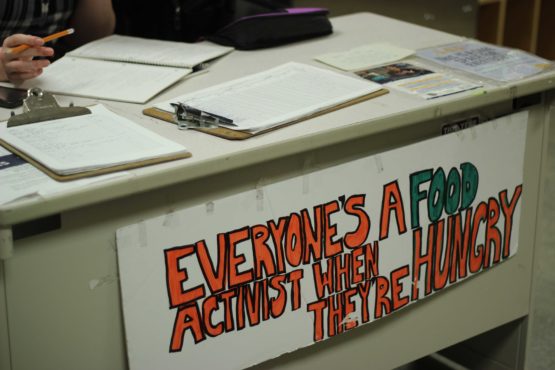 The welcome desk in the Food Bank and Free Store. Photo by Belle White, Photo Editor

In the last year, the number of people using Food Bank resources has increased by about 45 per cent — 5478 used the Food Bank’s services in the fall 2017 semester, compared to 3782 in the fall of 2016. According to Alexandra Ages, Food Bank coordinator and the main proponent for the referendum, there has been a rise in people who rely on the Food Bank as their main source of food rather than as a resource to supplement their diets.

“Currently we are really, really struggling to meet demand,” says Ages. “For a lot of people, it’s just really difficult balancing the cost of tuition, housing, and everything on top of paying for food.”

“A big part of it is just gonna be actively spreading the word more, as much as possible,” Ages explains. “The vast majority of students who did vote in the referendum last year did vote in favor of us, it was just a matter of actually meeting quorum.”

For a small financial change to individual students, Ages stated that this vote will have a big impact on the greater UVic student community.

“75 cents to most people is barely anything — it can’t even buy you a cup of coffee,” she says. “But for us, that amount, times all the different students that we have here at UVic, is gonna make a huge difference in our funding.”

Voting starts Feb. 28 and runs to March 2. UVSS members — undergraduate students — can vote in the referendum at webvote.uvic.ca and get additional information at various voting information stations around campus. 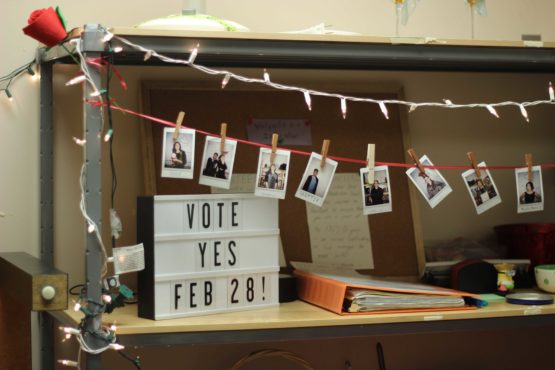 This article has been edited to clarify the difference between polling stations and voter information booths.