Pepper spray, pink dresses, and airports — all you need, really 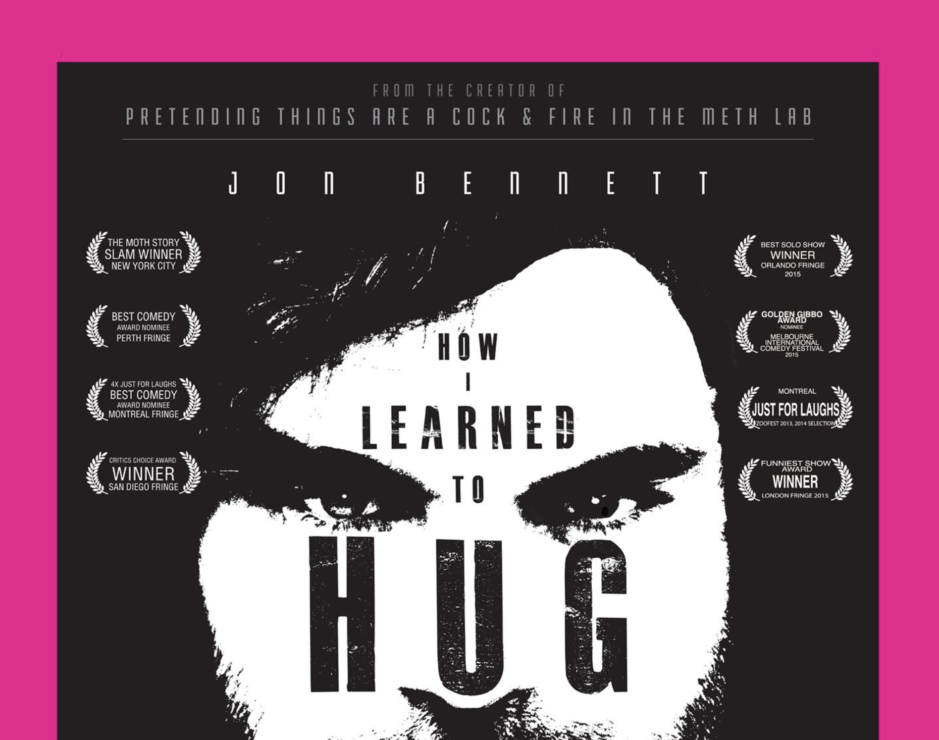 It might look a gritty neo-noir thriller, but it’s about as funny a comedy as you’ll find at the Fringe festival this year. Photo via Facebook

Like many great stories, Jon Bennett: How I Learned to Hug begins in an airport. In the play, Bennett manages to make it to the airport three hours early but is held up by security due to a canister of pepper spray in his suitcase and an unfortunate case of blurting out whatever pops into his head: “I’m not a terrorist!”

Somehow, Bennett stumbles into an hour-long story with a security officer (who looks like the female version of Jay-Z) about his entire history in love in order to explain why and how he has a can of pepper spray in his bag and how he learned to hug again after a bad break-up that made him refuse hugs from anyone for seven years. It’s a trip.

A comic’s delivery can make or break a performance, but Jon Bennett’s storytelling is so fast and perfectly vulgar that his jokes pop as they only can when performed by an Australian. Whenever the mood switches, he slows down and lets the moment sit with the audience before launching back into joke mode. You laugh, you sympathize with him, before you switch back into laughing again. He also does his performance in a pink dress that doesn’t fit. It makes sense in context, I swear, and it doesn’t affect the serious moments at all. Plus it’s a great opener and tone-setter for the rest of the show.

How I Learned to Hug also uses a slideshow — a small addition, it really adds a lot to the show. There’s something great about having a visual reference for a really good joke, as well as the opportunity for some perfect comedic timing. Smash cuts to some random photoshop or lyric video from YouTube is always the peak of comedy for me. I think more comedians should slideshows.

Comedy is a subjective thing, of course, so if you don’t like the style or the jokes, the storytelling, or the structure, you’re not going to like the show. However, if you’re into mile-a-minute joke delivery, swearing every five seconds, Australian humour, and a story that is essentially an hour-long ramble to explain something that should only take one sentence, definitely give Jon Bennett: How I Learned to Hug a shot. If anything, go see it for the pink dress alone.