A small, blonde girl twirls in front of a captive crowd, her pink dress swaying with her uneasy steps. Utterly unaware of the flamenco performance taking place on stage behind her, she plunges into a deep bow when the music stops and applause starts. Looking pleased with herself, she toddles back to sit with her family.

On the other side of Centennial Square, a group of middle-aged women seem to be taken over by the same need to move and sway; they are clearly familiar with the rhythm, mirroring the steps of the dancers onstage. Their graceful wrists, quick stamps, and tight turns would have you believe they were performing at the festival, rather than just enjoying it. 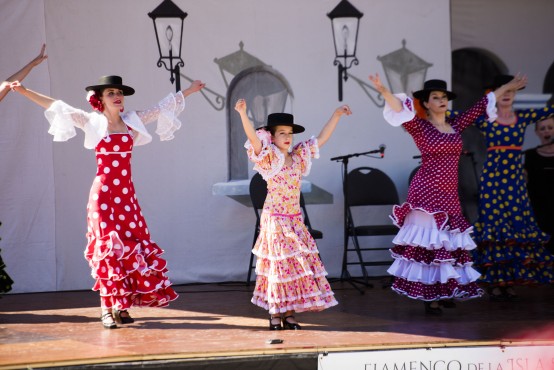 At the fifth annual Victoria Flamenco Festival, people of all ages are seamlessly mixed together both in the crowds and on stage. That, says festival assistant coordinator, Amity Skala, is what makes flamenco so special.

“That’s one of the special things about flamenco: the diversity of age is celebrated. In a lot of dance forms, you’re young and you dance and then you reach a certain point and that’s it. But in flamenco, it’s almost like you have to mature into it. So it’s not just that there are older dancers — they’re actually respected and valued. And they dance differently and they dance different things, different pieces. It’s just lovely to watch.”

The youngest performer at this year’s festival was eight years old, while most were much older. Skala’s flamenco school has students in their 80s, though the majority of the performers were somewhere in between the two extremes. 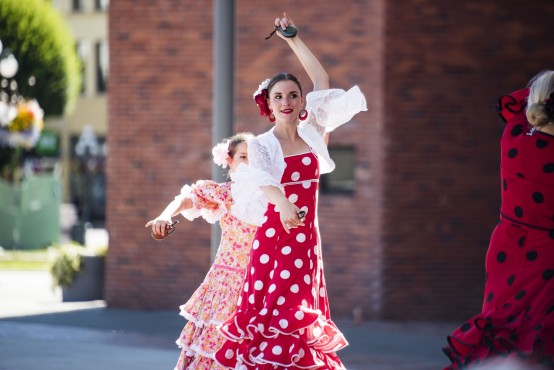 “The thing about flamenco is that people come to it in their 60s or in their 30s,” says Garth Martens, a Victoria poet and director of the Flamenco de la Isla Society board. “It’s not something that’s just for young people — and those dancers, for example, who are in their 90s and can’t do what they used to do, when they get up [there], it is with respect. They could just put their finger in a glass of water and stir it, and people’s minds are blown because . . . the rhythm in some way is just artistically bang-on.”

The Flamenco de la Isla Society, founded in 1998, organizes the Flamenco Festival each year. The festival itself has been a longtime dream of the society, Skala says, but has only been recognized in the last five years. 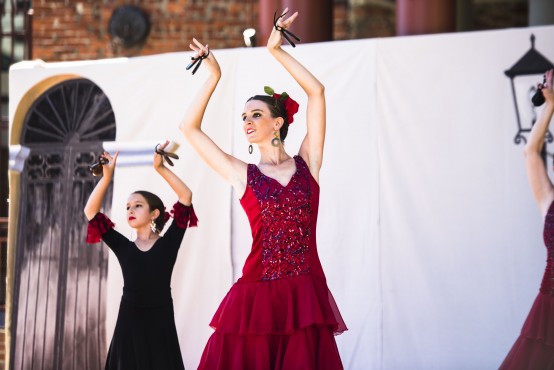 “We’re growing! Every year we’re a little bit bigger,” she grins. “We’ve expanded the Friday events. We had two shows down at the Cameron Bandshell, as well as here in the Square. We have workshops as well that have been expanded this year from last: we have percussion as well as dance and singing. So we’re onward and upward, but it all comes down to funding, as with so many festivals.”

Having passed the five-year mark, Skala says the festival will now be recognized as ‘established’ — a benchmark she hopes will bring prestige (and a better choice in dates) now that the city knows they’re serious. She also hopes to see more international talent gracing the festival stages.

“I would like us to grow to the point where we can actually attract some bigger-name artists to come here. And I would like, eventually, to see this become a destination for people to plan their holiday around coming to see our flamenco festival. That’s my goal.”

That’s not to say, however, that the festival is currently a small affair. Centennial Square saw bustling crowds all week, entertained by local and regional dancers, singers, and musicians. Skala says nearly everyone who applied found themselves on the stage. 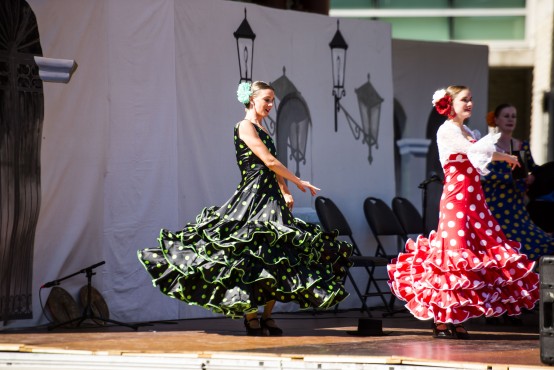 Flamenco, as demonstrated by the festival, is much more than twirly skirts and castanets. There exist different styles within the genre, influenced by the histories and regions of Spain and marked by their balletic and improvisational elements.

“I think different performers draw different sorts of people,” says Martens. “Yesterday, we had a lot of people stop because they didn’t know what they were seeing. And that dancer in particular was accessing a traditional style, it was very expressive in [her face]; it wasn’t just cookie cutter shapes, it was ‘what am I ripping open here for you? What wound is bleeding here?’

“If you had a wound in your side and you had to dance, that’s what traditional flamenco is,” he adds.

The festival is the result of tireless — mostly unpaid — labour on the parts of many community members. It is put together by the eight members of the Flamenco de la Isla’s Board of Directors, the Festival Coordinator and Assistant Coordinator, and a team of 20–25 volunteers, whom Skala describes as dance students and flamenco aficionados. 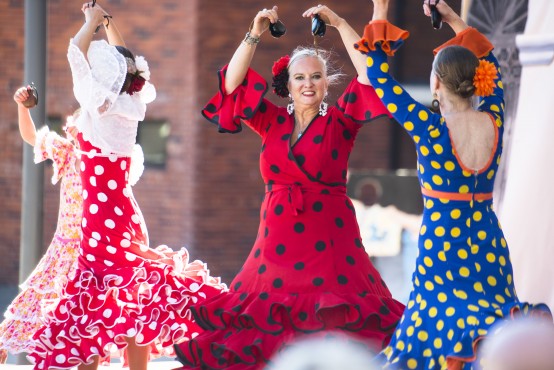 With files by Cormac O’Brien. All photos provided