Get to know your new municipal councils 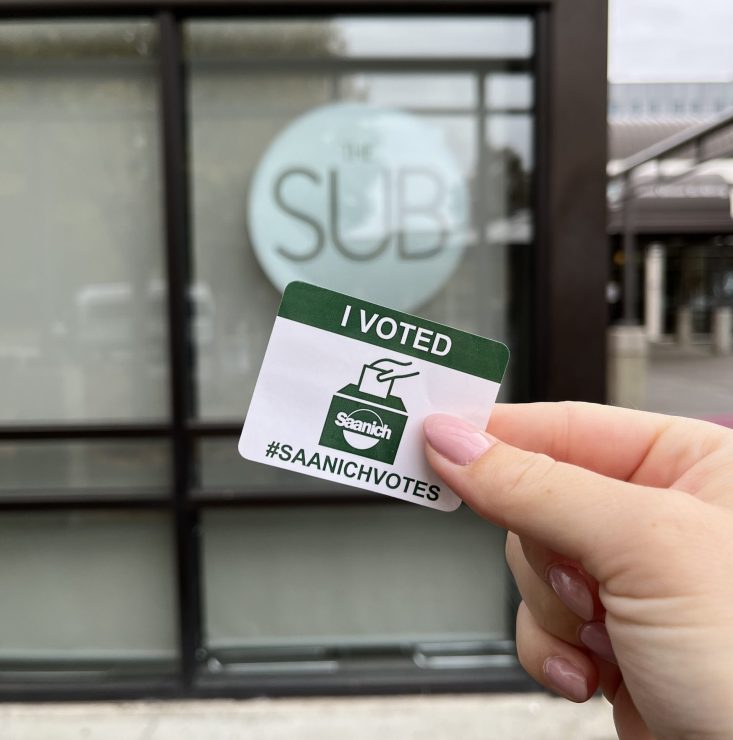 A hard-fought municipal election campaign ended on Oct. 15 for candidates across the province. At the conclusion of what must have felt like one of the longest days of their lives, hopeful mayors and councillors watched as results began coming out at 8 p.m.

The campaigns in Oak Bay, Saanich, and Victoria concluded with new faces and retained incumbents making victory speeches. You saw hundreds of their signs as you went about your day; now you can see whose signs paid off and learn a little bit about our new municipal councils below.

Kevin Murdoch first became Oak Bay mayor in 2018 and in this election ran unopposed (therefore winning by acclamation). One of his goals for this upcoming term is to create an outdoor pool complex in Oak Bay.

Andrew Appleton was first elected to the Oak Bay council in 2018 where he put forward a motion to investigate how Oak Bay can decrease barriers to housing. He works as a regional manager for the provincial government’s Recreation and Sites Trails program.

Hazel Braithwaite was first elected to council in 2005 and in this election received the most votes of any councillor. One of her main priorities this term is to manage the large deer population in Oak Bay.

Cairine Green was first elected to Oak Bay Council in 2011 and is credited with lobbying the provincial government to maintain the Victoria Youth Custody Services Centre in View Royal for young offenders. Prior to her time in Oak Bay, Green served two terms on the council of North Saanich.

Esther Paterson was first elected to council in 2018 and represents Oak Bay on the Victoria Family Court and Youth Justice Committee. One of her top issues is fiscal responsibility and she has committed to developing a financial plan for the future of Oak Bay.

Carrie Smart is one of two new faces on the council and is extremely passionate about climate change. She is a UVic visual arts alumna and a board director for Dance Victoria.

Last but not least is Lesley Watson, the other new face on council. She holds a BA in economics and environmental studies and an MA in city planning. Previously, she has worked with various governmental agencies in Canada, Australia, and the United States.

Dean Murdock has beaten incumbent mayor Fred Haynes by a mere 152 votes, or less than 1 per cent of total votes. Murdock was previously a Saanich councillor from 2008 to 2018 and ran on a platform of making Saanich more walkable and accessible.

Susan Brice was first elected to Saanich council in 2005 and believes that Saanich must continue developing a Biodiversity Conservation Strategy. Previously, she was a talk show host for CFAX radio and an elementary school teacher.

Judy Brownoff was first elected to council in 1993 and has chaired 14 different boards and committees. Her main focus for this term will be to ensure that Saanich continues to address the climate crisis and reduce its carbon footprint.

Nathalie Chambers was first elected to Saanich Council in 2018 and has served as the chair of the Art, Heritage and Culture committee. She has her own farm, where she grows over 100 varieties of vegetables.

Zac De Vries was also first elected in 2018, and at age 27, he is now the youngest member on Saanich council. He was the chair of the Housing Affordability and Supply committee of Saanich.

Karen Harper was first elected in a by-election in 2017 and has since been striving to find cost effective but efficient ways to deliver municipal services. She speaks French and holds a UBC diploma in the language.

Colin Plant was first elected to council in 2014, and he has received the most votes of any councillor in Saanich this time around. He is an ardent Scrabble player and teaches drama at Claremont secondary.

Teale Phelps Bondaroff is a new face on council, narrowly taking the last seat by 11 votes over Rishi Sharma. He was a Visiting Research Fellow at UVic’s Centre for Global Studies from 2016 to 2018 and has helped build over 100 little free libraries around the CRD.

Mena Westhaver is the other new face on council, and her goal is to advocate for the implementation of a light rail transit system across the CRD. As a former guest rider for the Canadian Cancer Society’s Cops for Cancer Tour de Rock event, she had successfully raised over $80 000 for children with cancer.

Marianne Alto first appeared in Victoria municipal politics when she won a by-election in 2010. During this time, she chaired the CRD’s Special Task Force on First Nations Relations.

Jeremy Caradonna received the most votes of any candidate in Victoria this election. He is a part-time environmental studies professor at UVic and has written several books on environmental sustainability.

Christopher Mark Coleman had previously served six terms on Victoria’s Council. He has three degrees from UVic and was previously a sessional instructor at Camosun College teaching business.

Mat Dell completed his master’s degree in Political Science at UVic in 2011. Part of his platform focussed on housing and the need for more low-income housing and affordable rentals.

Marg Gardiner has been president of the James Bay Neighbourhood Association since 2012. One of her main priorities this term is to push for the replacement of the existing population-cumulative at-large voting system with the neighbourhood-defined  ward system for future councillor candidates in Victoria.

Stephen Hammond is a lawyer and author who specializes in combatting workplace discrimination, harassment, and bullying. His long-term vision is to help make Victoria the safest city in Canada.

Susan Kim is a multilingual triathlete and musician. One of her goals as a councillor is to support newcomers in the city by, for instance, allowing cultural non-profits to apply for municipal grants in any language they choose.

Krista Loughton is a filmmaker who has dedicated more than a decade of her life to the production of her award-winning documentary on homelessness, Us and Them. Now a councillor, some of her main priorities are housing, affordability, and homelessness in Victoria.

Dave Thompson is a lawyer by trade and was previously an environmental offences prosecutor in B.C. and Ontario. He aims to curb Victoria’s suburban sprawl and traffic congestion by supporting housing diversity.