Getting down in a good way

The EP Fascination by Victoria’s dreamy new duo Distant Grand is a sensuous hip-swaying and heart-breaking treat. The smooth vocal harmonies, sweeping synth, and rhythmic guitar provide the right amount of melancholy for lonely nights and plenty of sultry funk for crowds of two or more.

At times retro and futuristic, their shifting sound blends disco and electronica with a dash of indie rock. On their Bandcamp page, creators Jess Brown and Manj Benning coin their genre (perhaps, with some humour) as “sexy sad.” That may be too simplified, as there is an innocent fun to be had in the disco vibes of the track “Shaamon” with the lyrics, “Let the worries of the day be left behind / Shaamon.”

Originally the album was destined to be a studio project, but the duo were made for the stage. I first saw them at Lucky Bar, then at Campbell Bay Music Festival, and lastly at the Phillips Backyard Weekender. Their playful dance moves and genuine coolness kept the crowd engaged and wanting more.

If there is one criticism I have of the album, it’s that it should have been longer. I’ll get my fix at their upcoming album release party at the Victoria Event Centre on Jan. 26, but until then, I’ll be cranking Fascination in my room and doing a solitary slow dance with tissues close at hand. 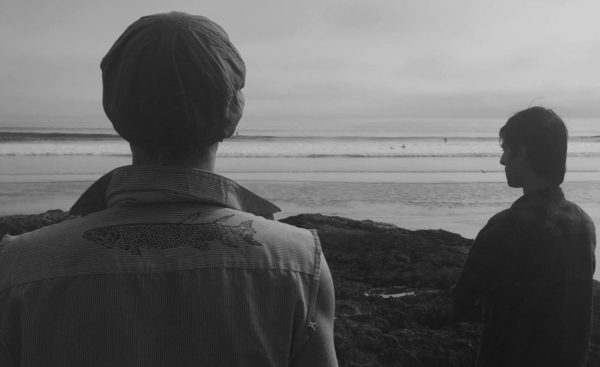 Jess Brown and Manj Benning get deep and dreamy in their latest EP. Photo via Bandcamp